It was a story about the Harper Conservatives taking power, and the looming transition, so what better picture than this to exemplify the impending doom?  (Hat tip MikeR) 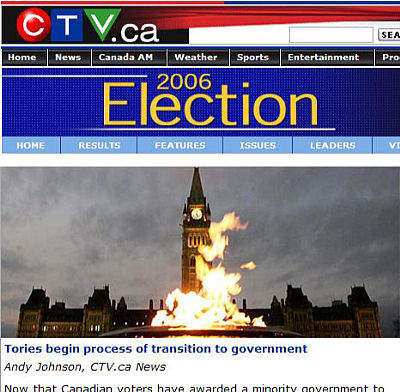 Oh my goodness I hope nobody gets the wrong idea or develops any negative feelings!

But it seems like just a couple of days ago I posted this paper shredder picture and said that paper shredders were going to be busy now that the Liberals lost the election.  Well it’s official.  The liberal media has confirmed it with, you guessed, it, an interview with, you guessed it…. a university professor.

And who else but a university professor could have predicted this paper shredder ruse?  I mean aside from monkey-boys like me.

Now that Canadian voters have awarded a minority government to the Conservative Party, politicians and bureaucrats in Ottawa are busy preparing for the first major desk-swap in years.

In liberal media land, nothing is official unless it’s vetted by a liberal university professor from a state-run university.  And of course they find a way to frame this sort of activity—shredding documents—as normal, somehow.

I for one would like to have someone standing on guard for thee, right at the input end of the shredders, prior to their launching documents into the busy shredders.

* There are VERY notable exceptions to this rule including the brilliant Salim Mansur, Mike Adams, John Martin, and approximately 13 others in North America.