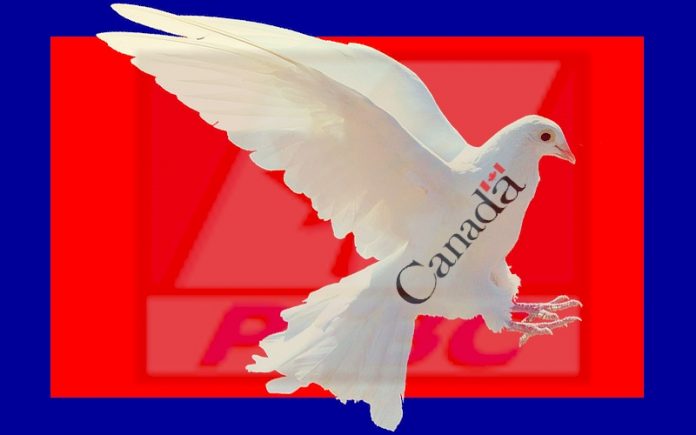 Possible job opening for a columnist at the Liberals’ Globe and Mail division!

It’s another of the now dozens of post-hostages-released-from-China hot takes. Columnist Andrew Coyne asks the pertinent China question (no, not How did we let the damned Chinese Communists — the culprits — force us all to call it “Covid-19” instead of Wuhan Virus? — no, the other question). And he hits upon the stark answer, which we should all be relieved somebody in the Canadian “news” media (outside of National Post columnists like Terry Glaven) finally said out loud. And it’s printed in the Liberals’ Globe and Mail division, no less.

Will it [the Canadian government] speak up now against Chinese human-rights abuses: the suppression of Hong Kong, the genocide of the Uyghurs, the decades-long suffocation of Tibet? Will it at long last recognize Taiwan as an independent country?

And several other items should be added to the question list, not the least of which is theft of our intellectual property by Chinese immigrants we welcomed into our country, and Chinese infiltration (and I would imagine espionage) into our schools, universities and government operations, that small thing about their global totalitarian communist domination ambitions which very much include Canada, and the impossibly unbalanced trade between Canada and China, to name a few more.

Don’t bet on it. It isn’t concern for the fate of the two Michaels that has prevented the government from taking a stronger stand on China. It is a seamy amalgam of other considerations, from protecting the business interests of prominent Liberals to geopolitical fantasies of Canada as a “middle power” between the U.S. and Chinese hegemons.

That was the problem before they were taken hostage; it will remain the problem long after.

The part about protecting the business interests of prominent Liberals is paramount here. That’s the key. And you’ll note he spelled Liberals with a capital L but I don’t doubt the facts point to no small number of conservatives or Conservatives. And to Rolex-wearing, BMW-driving socialists, like NDP leader Jagmeet Singh. (LIKE the NDP leader — I have no information as to his China holdings, or his interest in gaining favor in Communist China, or his pushing Canada to become better grist for their collective global socialism wet dreams.)

But the second part is a long-lived left-wing fetish wherein they fantasize (Coyne says this “seamy amalgam” includes a “geopolitical fantasy,” but I think it may be more sexual than just that) about Canada being a neutral dove-like arbiter or “middle power” between what they view as two equally good teams — China and the USA — clearly using some pretty obtuse moral relativism as their rationale. This betrays a moral ambivalence on Canada’s part —and rather than picking a side (the failure to do so tipping our hand right off the bat), we side with either the objectively basically good or the objectively basically bad team, again depending on the interests of Liberal elites — either power or financial interests, and often both. This is known as “immoral,” or “unconscionable,” also “destructive,” “nation-crushing,” and “what Liberals do.”

Change coming? Heh. After it was over, Chinese authorities warned that Canada had better learn its lesson from all of this. The Chinese bat is shitting on our dove.

So no, I’m not betting on Justin Trudeau and the Liberals making anything better — at least not for us.

P.S. By pure coincidence, this article was posted about 20 minutes after mine: 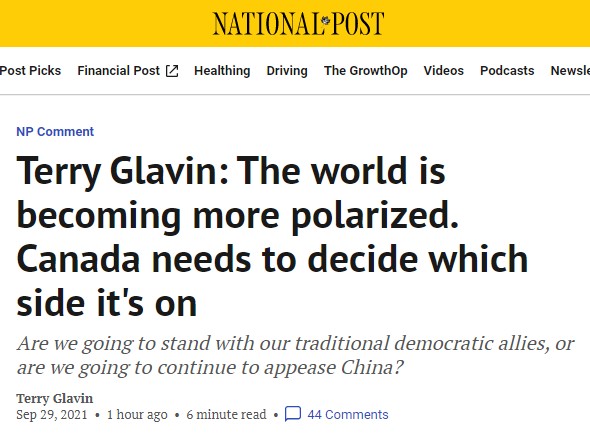