About our columnist situation

I’m writing this because ones of people have asked what happened to all of PTBC’s many professional columnists.

Along with the brilliant writing of yours truly, PTBC used to feature many American and Canadian columnists (see a nearly complete list here) whose articles were posted here on a permanent,

weekly or more often basis, with their express, personal permission, of course, and sometimes even bolstered by a contract involving actual money. Not taxpayer money, mind you —  my own after tax, leftover, saved, private-guy, capitalist-style money.

For example I bought John Stossel’s column, and Dennis Prager’s too. I also convinced Ann Coulter to let us post her column here, on contract (i.e. I paid her!), for over ten years. I do like to take every opportunity to add that PTBC was the only Canadian media, ever, to have the balls to carry her sometimes contentious weekly columns weekly. And yeah, I wear that as a badge of honor, liberals, just as you would if you managed to secure Paul Krugman for your dopey left-wing site. Or for you NDP fans, Nicolás Maduro (well, or Paul Krugman still).

When I started the America-centric BoldColors.net (now in hiatus), I shifted Coulter’s column and most other American columnists to that venue instead. But ultimately, to save time, and mostly to save money, I stopped posting all those columnists’ columns, at both sites, in early 2013. Insert sad face here.

Time is money, and it was taking a lot of my valuable time to post columns, write columns, manage the back-end, fend-off lawyers and critics, and simultaneously defend myself from left-wing morons and cancel-culture jerks, and other such people who hate diversity of political thought, or are intolerant of dissent from their acceptable narrative.

Money is also money, and it takes a lot of my money to keep up a contentious and anger-inducing site like this, which literally sets itself up to be fodder for leftist angst and their lawyerly outrage.

It is especially difficult when taxpayer money-endowed groups like the state owned, taxpayer-funded CBC threaten to “monitor your site,” and threaten to sue me to kingdom come (yes, the CBC really did do that, with legal papers delivered to my home – via courier rather than Canada Post, hilariously). At least one reporter has threatened me similarly, and so have others who have been criticised in writing or depicted in one of our videos. And when you post columnists’ columns, you bear the risk that stems from that — everyone they mention, everything they say — too. No kidding folks, this is really bank account-busting and reputation-risking stuff.

The site’s ad revenue and donor contributions are real money, but at the current rate it’s not enough money to justify posting all the columns, and all the other work, and all the myriad risks, legal, personal, and otherwise. Not that I don’t still want your money anymore. I do! Because even in the current minimalist mode, this all — to say nothing of the time I spend writing my nonsense to keep the site at least nominally relevant — still costs money. 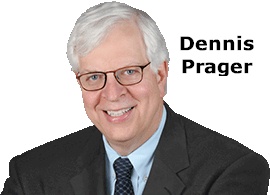 The upside? We’re still here, more than 20 years on, against heavy odds, and against efforts by lefties too numerous to mention to bring us down. And while the site’s readership numbers or “visits” were affected by the elimination of the outside columnists, the site always did — and still does — make more than the CBC does, meaning we don’t lose the more than $1.5 BILLION per year the CBC gets in taxpayer bailouts every year. For that matter, I guess you could say we make more than most newspapers do too, since we don’t lose countless

millions per year. (I am digging pretty damn deep for upside here!)

So please bear in mind I get no government welfare of any kind to round out the losses here like the state-owned CBC does, and I don’t get that newspaper sponsorship cash that Justin Trudeau promised his news media pals.

It’s really just you all, actually, so please help keep the site up.