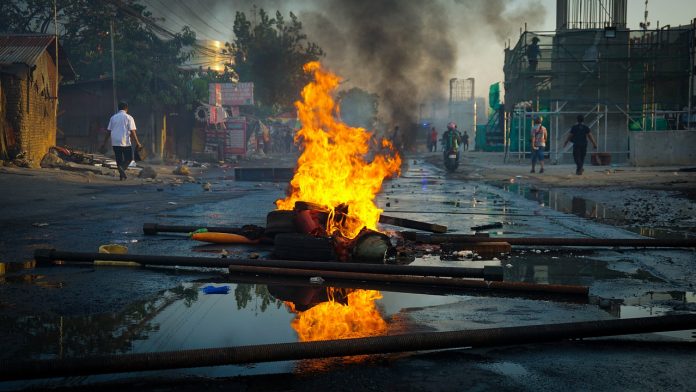 Terrence Corcoran’s National Post column today unwittingly picks up where I left off yesterday when I raised the issue of all those foreign anti-Alberta, anti-oil & gas ideologues and crusaders who, it has now been confirmed, regularly spend hundreds of millions and into the billions to cause harm and defeat Alberta and its economic interests. Tax-free. As “charities.”

Yesterday’s headlines were enough to highlight this:

Delve deeper into the problem and we find myriad alarm bells ringing (the Globe and Mail and most others apparently have tinnitus and didn’t hear the ringing). The report makes clear that there is such a lack of transparency and clarity in who these people are — these “charities” — and in how exactly they operate, and in the purposely byzantine inter-dealings going on, wherein one charity “gives” to another charity — in another country, in this case — that nobody really knows what the hell is going on (and that’s an actual conclusion of the Report!).

I would add to the chorus of alarm bells: their corrupt intent is to covertly hide, distort, or at least obfuscate the political ideologies which are actually the focus of their politically activist work; and the negative, family and community-wrecking effects of their work has a clearly harmful effect on so many including, in Alberta’s case, their entire economy; and of course the foreign meddling aspect is troubling given the aforementioned. Which you’d think would make a mockery — if not call for a serious investigation — of their status as “charities.” Corcoran writes:

We have some sunlight. The numbers are large, their power to shape policy and opinion substantial. But there is more to be done, a bigger question to answer: Why do we give tax-free charitable status to people and organizations that seek to undermine the lives and economic actions of others?

With more than 640 pages, plus hundreds more in appendix documents, the Allan report has opened the curtains on what is essentially a vast underground network of tax-free cash. The inquiry’s report is a blockbuster storehouse of details on how the charitable tax system in the United States and Canada is used to fund the economic agendas of hundreds of activist organizations, environmental groups, political campaigns and other activities aimed not just at the Alberta fossil fuel industry.

That is what I was getting at yesterday, when I wrote,

And the report makes clear that the lack of transparency deployed by these foreign actors and their Canadian recipients (on purpose, in my opinion) made it hard to even clarify how much money went where for what. The G&M acknowledges this: “In the final report, he writes: ‘I was ultimately not able to trace with precision the quantum of foreign funding applied to anti-Alberta energy campaigns.'”  That’s a scandal in and of itself, to my way of thinking. These are “charities!”

These “charities” — these organizations — some of them worth tens or hundreds of billions of dollars — are all, in this case, foreign (almost entirely American). I’m not against foreigners — especially Americans — but it is germane to the discussion that they are foreign.

Charities are afforded the vaunted tax-free status because they are seen by society and (more important to both we the taxpayer and to the recipients of our generosity) by “the taxman” as organizations providing a service that is indispensable to our communities and to all of society, and which could not feasibly be provided on a regular, free-market, for-profit basis. But yes, ALL of society has to benefit in some way, even if it’s only tangentially or in some esoteric way, because after all, ALL of us forgo all that tax money in the interest of providing pure human goodness, and, importantly, this is a whole-of-society effort to improve — not make worse or cause harm to — our lot as a more general matter. ALL of our lots.

Even if they think what they’re doing is pure and good, or as socialists like to say, “for the greater good,” if people are at the same time harmed by their actions, then the “good” is debased. Bastardized. Their “charitable” intent is called into question. And those innocent people who are harmed should not be literally paying for this perverse result.

I grant you (pun intended — I’m hilarious) that we also give across borders to global charities too, like World Vision, because we all recognize the pressing need for richer nations and richer people to provide money for food and water and schooling, etc., to children who live under communist or socialist dictatorships or other tyrannical regimes, and whose young citizens have no control over their awful plight. (This is in juxtaposition to the idiot’s move, which is for “Canada” and its idiot government to give hundreds of millions to Jordan’s king, who then blows it on his own new California mansions.)

And we all know how this works — or at least the generous among us know. We give charities our money because we want to support them, and/or because we get an all-important tax receipt which, whatever our goal — pure altruism or honest tax avoidance —  we most certainly use at tax time to reduce our own income tax. Corporations do the same. Those charities themselves pay no tax on their income. The tradeoff for this leak in tax revenue is supposed to be that real, pure good is done.

And the tradeoff also includes that the charity agrees to self oversight rules and regulations, such as by creating a board of directors that looks over the shoulders of those in charge to ensure they stick to the actions allowed under the state charity laws, and adhere to the usual government filing regulations. And moreover, that the government will also ensure, for our sakes, that the charities are operating in good faith, fairly, and within the guidelines as to their activities. For example, most are generally prohibited from engaging in overt political activism unless they are a registered political party. (That’s why you don’t get a receipt if you give to the CBC, for example!) There are tax dollars involved, after all, and the goodwill of the community. To say nothing of trust in institutions.

Tax-free status and the designation of “charity” shouldn’t be handed out to people with hobby horses or political, economic, or revolutionary goals; or to activists, ideologues, or those with nothing but protest on their minds to fill their empty lives; or to those with radical axes to grind.

As Corcoran concludes, “Killing somebody else’s job or industry should not be seen as an act of charity.”