“I will destroy you!” “B—, I will f— you up!” —Democrats who get criticized or are asked questions. 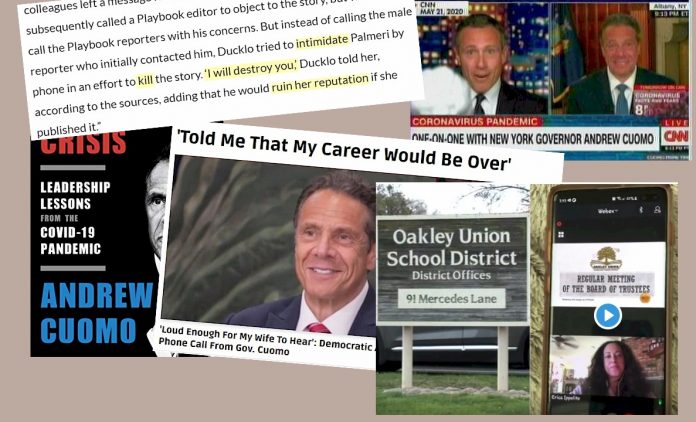 In New York state, where progressives are progressively destroying the state and destroying New York City, a Queens assemblyman Ron Kim (D) said Gov. Andrew Cuomo (D) called him at home and threatened to “destroy” him over Kim’s complaints about Cuomo’s handling of the Covid and Cuomo’s growing nursing home death scandal and coverup. “For 10 minutes he berated me. He yelled at me. He told me that my career would be over,” Kim said.

Cuomo is now reportedly under FBI and Justice Department investigation for his lying and coverup of Covid deaths and his use of nursing homes as something akin to a death trap for the elderly. Even some Democrats are asking for his resignation or impeachment (but I’d investigate them, too, since progressives project as they breathe.)

Cuomo is, by any objective measure, utterly incompetent, a narcissist, a liar, and an egomaniacal ass. And a progressive.

But even with the worst Covid death rate of any state in America and one of the worst in the world; and even as he moved infected Covid seniors INTO nursing homes in the midst of the crisis; and even as his state falls into despair and disrepair, the media has absolutely lavished praise on him. Constantly. They all loved him. LOVED him. CNN had him on every night in an cringeworthy segment with his brother Chris Cuomo, anchor of a news commentary program at CNN. 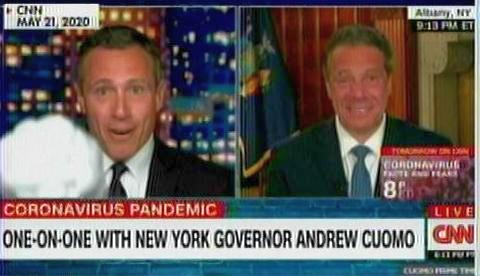 Governor Andrew Cuomo (D) literally won an Emmy for his own commentary about his own greatness. I kid you not. The National Academy of Television Arts & Sciences awarded him an Emmy “in recognition of his leadership during the Covid19 pandemic & his masterful use of TV to inform & calm people around the world.” It reminds me of the Nobel Committee awarding Barack Obama an utterly hideous peace prize a month into his presidency.

This should tell you everything you need to know about how left wing and propagandistic those corrupt award organizations are. I’m still waiting for the Pulitzer and the Nobel prize for Cuomo. 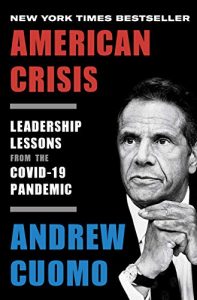 Bringing a new definition to the word gall or chutzpa, Cuomo also wrote a book (or I should say in air-quotes “Cuomo wrote a book”) — in the middle off the pandemic last year — heaping praise on his own self-perceived greatness. The media promoted the crap out of it. It became a New York Times bestseller because of that media collusion.

If you’re stupid, let me fill you in: this (the book, and in fact the governor himself) is something only a corrupt left-wing propaganda machine — media, publishing houses, newspapers, PR experts, writers, technology and other big business billionaires, political organizations, and more, all working in collusion — can create, or orchestrate. You cannot accomplish this. This kind of thing is only accessible to their progressive comrades, and only for pure propaganda purposes. This whole thing has been and continues to be a massive brainwashing effort. A rewriting of history. Lies. Coverups. Willful blindness. Lying by omission. Whitewashing. Gaslighting. Pure, unadulterated bullshit.

Last week, the cool new White House deputy press secretary, TJ Ducklo, a man, tried to intimidate a female reporter, Tara Palmeri of Politico, on a phone call in an effort to kill her story. Palmeri wanted to ask Ducklo about whether it was really so cool for him to be bedding a (female) reporter who actually covers the Biden administration — Alexi McCammond of Axios. “I will destroy you,” Ducklo told Palmeri, according to the sources, adding that he would ruin her reputation if she published it.

Aside from threatening to destroy her, according to Vanity Fair (via DailyWire.com), “During the off-the-record call, Ducklo made derogatory and misogynistic comments, accusing Palmeri of only reporting on his relationship—which, due to the ethics questions that factor into the relationship between a journalist and White House official, falls under the purview of her reporting beat—because she was “jealous” that an unidentified man in the past had “wanted to [f***]” McCammond “and not you.” Ducklo also accused Palmeri of being “jealous” of his relationship with McCammond.”

Ducklo was initially merely suspended for a week — and only after the case was made public, which, in other words, means the Biden administration tried to and intended to cover it up. Bury it. Period. But now Ducklo has reportedly resigned, now that this has become something of a story which got away from them and their control of the media narrative.

Today I posted a quick take about the school board members in the San Francisco area who were caught on a live mic during a video conference insulting and threatening parents in the district. As I wrote, “One elected official, complaining about a parent who had previously offered some online criticism, said ‘Bitch if you call me out, I’m gonna f— you up.’ And then the other board members laughed uproariously at that violent threat against a parent.”

Last month we started hearing about the anti-Trump organization called the Lincoln Project, which is caught up in a multiple gay sexual harassments ordeal involving one of the founders John Weaver, and what the other founders knew about it and when they knew it; and a separate accusation around corruption and self-dealing concerning the tens of millions they raised and that money allegedly ending up in their own damned pockets. One of its directors, a woman, said this:

“In the wake of the Weaver story, the Lincoln Project had an opportunity to confront this reality, address this pressing issue and take a leadership role in challenging the circumstances that have happened in politics a thousand times over.

“Instead, when the Weaver news broke, the organization released a statement without my
knowledge or input. When I spoke to one of the founders to raise my objections and concerns, I was yelled at, demeaned and lied to.” [my bolding]

Progressives may want to “destroy” you or “f— you up,” but what’s getting destroyed most of all is their own credibility, just by being themselves.

Previous articleDo you turn into a-holes after we elect you, or were you already?
Next articleIf you don’t support huge increases in immigration, you’re a “nativist know-nothing.” —John Ibbitson, Globe and Mail know-it-all