Like a bull in a China shop, John Ibbitson really unifies the country today with his ax-swinging pro-immigration nonsense.

Defending the Trudeau Liberals’ quest to turn all the world’s people into Canadian citizens, Ibbitson graciously allows that “This may stoke resentment among some old-stock Canadians who don’t like the change, literally, in the complexion of the population. But there is no alternative, if Canada is to grow and prosper.”

There is no alternative? Oh! That’s some provincial thinking right there. And a shocker to those who value creating Canadian families instead of shunning them or aborting them.

And furthermore, if you don’t like it, then “whatever.” Literally. And you’re nothing but “a know-nothing nativist.” Look!

“Aging societies across the developed world need immigrants to fill vacant jobs and to pay taxes to support the elderly, whatever nativist know-nothings may think.”

It’s a wonder he didn’t deploy the “deplorable” and “racist” and “white supremacist” card while all but accusing millions of Canadians of being deplorable racists and white supremacists. And, by the way, also of being mentally handicapped in some way, or as he called such deplorables, “know-nothings.”

What an insulting, divisive ass. 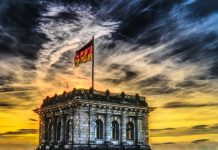 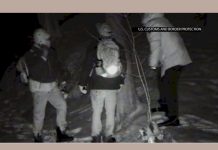 Mexicans fly to Canada, then ditch Canada for the USA. 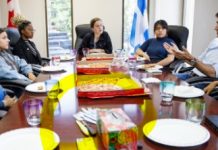 OOPS some fakery leaked out! Trudeau literally tweets out his fake plastic soul