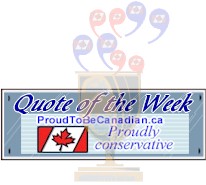 “Obama’s health care plan will be written by a committee whose head, John Conyers, says he doesn’t understand it. It’ll be passed by Congress that has not read it, signed by a president who smokes, funded by a Treasury chief who didn’t pay his taxes, overseen by a Surgeon General who is obese, and financed by a country that’s nearly broke.  What could possibly go wrong?”

I like to point out when USA Today or the New York Times picks up links to my blog entries, because no Canadian media ever does.  Here we are acceptably beneath John Fund of the Wall Street Journal, but properly above Anderson Cooper of CNN. 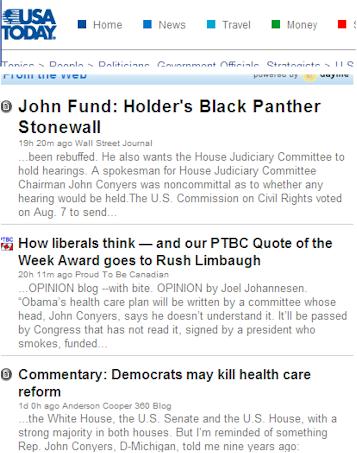