A story in Toronto’s Globe & Mail about a gunman firing a couple of random shots into the street in Vancouver, last night, inspired some of the usual, reflexive crazy-talk from anti-gun zealots  —  the likes of which I’ve become accustomed from the progressive left.

“…Is this another case of an NRA hand gun being smuggled into Canada to be used by one more criminal or mentally ill person? It is time to start suing the NRA, the gun dealers and the manufacturers each time one of their guns is used in a crime…”

As another, more sane commenter was quick to ask, what’s an “NRA hand gun?” As I might have added, since it’s a pro-pot-smoking and pro-prostitution and pro-government-run illegal drug injection site (and pro-those annoying bike lanes) Vancouver story, “What are you smoking or injecting?” 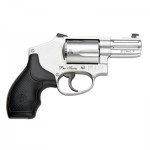 footprint scope and a 1% trigger.”

Moving to snappy new legal remedies, as they are always wont to do when the people or facts or science or the concept of freedom aren’t on their side, the anti-gun dumb-dumb also suggested suing the NRA for this incident of gun shots fired.

That didn’t stop another anti-gun commenter from suggesting this:

“…How about checking all vehicles from the US for smuggled weapons and refusing entry to all NRA members for a start?“

Note that this denial of entry to Canada of NRA members is just a “start.” And oh, by the way, what if I’m a long-time member of the NRA (I actually am), and I live in Canada as a Canadian? What would he do with me? Systematically cleanse the country of the likes of me, I guess! (And whose fascist plans does that remind us of?)

The notion of blaming Republicans, or gun manufacturers, or any other straw man for gun violence, is systemic in the cult-like and very left-wing-dominated Canadian anti-gun clan. After the shoot-up involving US Representative Gabrielle Giffords, a reporter named Susan Bonner from the state-owned CBC (biased to the left in every which way) said this in her reflexive, breathless, super ginned-up report:

“There’s a lot of focus on Sarah Palin now! …  She, on her web site, put TWENTY DISTRICTS IN CROSSHAIRS! In the GUN SIGHTS!  Saying that these were districts that the Republicans had to win back…!”

Of course, to the extent that violent gun-shooters get their insane ideas from some outside influence, they certainly don’t get them from Sarah Palin, or the NRA  — they get them from Hollywood liberals. See my article written after I heard a kid on my street, playing with his friends, yell “5…4…3…2…1…BANG, you’re dead!”. I wrote in part:

…Here’s what stuck: that kid didn’t learn what today’s liberals would deride as horrible, red-neck, right-wing, conservative whackjob-style, pro-gun rhetoric from the NRA, as liberal leftists the continent over would love you to falsely believe. No, rather, he almost certainly learned it from today’s liberals in Hollywood. Yes, liberals from the blathering liberal-left anti-gun, anti-conservative, anti-NRA set in notoriously liberal-left, Obama-supporting Hollywood (or “Hollywood North”  –  Vancouver, or Toronto  –  which is the exact same class of weapon). He got it from a TV show, movie, rap or hip-hop “song”, or video game from liberals in what we all know to be that hypocritical-on-nearly-every-issue, holier-than-thou, liberal Hollywood and their liberal-left media industrial complex.

The NRA doesn’t teach “5… 4… 3… 2… 1… BANG, you’re DEAD!” or anything like that kind of theatrics. They don’t advocate for alarming, penultimate warnings to the end of innocent life at the hand of kids role-playing an awesome man with cool, fearsome weaponry. Hollywood does. Liberals do.

So own it, Hollywood. And moreover liberals. Own what you created. …

As to the legalities, here’s a more sensible commenter’s points to the Globe & Mail‘s anti-gun nonsense:

“…Canadians who are “known to Police” normally have a criminal record but would not qualify for a valid RCMP firearms licence. It seems laws that affect the law abiding do not affect criminals? Not what gun control advocates want us to believe!
IMO, this criminal broke 100+ laws.

It is already illegal to:
1) possess a firearm without a valid firearms licence,
2) to have a loaded gun on City Streets or car,
3) transport a restricted firearm like this handgun without the proper CFO – ATT (authorization to transport) only to and from a CFO approved range, gunsmith etc…,
4) this is a restricted / could be a prohibited firearm requires an extra safety course, licence,
5) shooting in Public,
6) pointing a firearm at a Person,
7) discharging a firearm in an unauthorized location
8) ++++++++

I wonder what new law the progressives could think up that would have prevented this????

And another sensible Canadian adds this:

“But….but…I thought we had gun control laws in place to prevent this type of attack.”

Still another sensible one reminded us (as our Ann Coulter has done numerous times, including her “GUNS DON’T KILL PEOPLE, THE MENTALLY ILL DO” and “LIBERALS GO CRAZY FOR THE MENTALLY ILL”) that it’s really more a mental health issue  —  one which has been exacerbated by liberals starting in the 1970’s when they all but shuttered mental health institutions, and abolished the laws helping us get people like insane gun-shooters into them.

I have a gun license and so does my wife. We have one that allows us to purchase and possess semi-automatic handguns. I also have a Nexus pass, enabling me to go across the US/Canada border with hardly a question being asked of me. Which means I must be in one of those Sarah Palin-esque “gun sights” of that Globe and Mail anti-gun zealot and his anti-gun group-think non-thinking brother. These licenses are like more bullets in my magazine. They help prove I am sane and law-abiding and skilled in and have knowledge about guns and gun use, and that I am of no risk to the public. We cannot be that sure about people who aren’t gun license and Nexus pass holders. They haven’t been screened by the state and their various border and law-enforcement bodies on each side of the border like I have and had their finger prints taken and their eyes laser-scanned for security purposes. Perhaps we should turn them away at the border, or sue their mothers and fathers, or cleanse them from our country. Yeah. That makes sense.

Previous article
To the NDP, I’m not a good, hard-working, individual Canadian. But they want to represent me anyway.
Next article
Conservatives raised more than the Libs & the even more socialist NDP, last quarter.