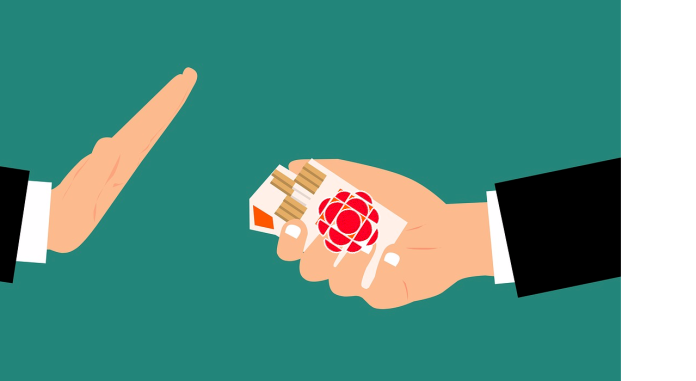 Quitting smoking is old news. Everybody’s done it. But quitting left-wing media is a new one. It’s officially a trend now. Bari Weiss may have started this healthier journalism trend —and for once I’m a fan of a pop culture trend! It may be the first trend or fad I’ve ever embraced while it was happening and not three years after, as I usually do. Baby steps, folks!

People who work in the “news” media — particularly those who have embraced (for some, the word is “humped”) the legacy “news” media and who have ensconced themselves in it for years as journalists — are in increasing numbers calling their former masters and colleagues out as left-wing loons, and the organizations they work(ed) for as the veritable progressive cults that they really are. Congratulations to them all. They are finally reporting some actual news! Facts! This, only after they quit their jobs. Odd how that works, huh?

But I have learned to judge each of these quitters according to their own merits, and suspiciously at that. Decades ago I quit smoking too, but I waited until many months had passed before making my declaration public. When it comes to habits, I’m even suspicious of myself.

Journalists are nothing if not trendy — obedient to the rigors of the pop culture of the moment, which, to be fair, is as much a rule foisted upon them as a result of the workplace cultural immersion requirements that they signed onto (or rightly decided to abandon), as it is the natural yearning of many who want or need to “fit in” and be one of the cool kids (and moreover, get “likes” on the stupid Twitter/Facebook industrial complex).

There are those who have finally swallowed the red pill, and good on them. But in most cases, they just put the pill in their mouth, swish it around loudly, show as many people as possible what’s in their mouth, then later quietly spit it out when they stop getting their usual robotic auto-likes from their fellow blue-checks; and then they revert to type.

The latest woke refugee appears to be the state-owned CBC’s — or formerly the CBC’s anyway — Tara Henley.

And as if I had to tell you, she has, as is the trendy new rule, told her story under a new Substack account (also posted at National Post, which was awfully nice of the NP, seeing as they have a history of love for the CBC themselves. Maybe that’s why?).

Why I resigned from the Canadian Broadcasting Corporation

…When I started at the national public broadcaster in 2013, the network produced some of the best journalism in the country. By the time I resigned last month, it embodied some of the worst trends in mainstream media. In a short period of time, the CBC went from being a trusted source of news to churning out clickbait that reads like a parody of the student press.

Actually, I disagree all over the place, except for the word “worst,” and all of the last 12 words. The part about them producing some of the best journalism in the country: I think that’s objectively false. And “student press,” well, yes — that abominable organization comes off like little more than a campus Student Marxist Club. I’ve been warning not just about their horribly left-wing biased journalism over decades, but about them being an ardent left-wing propaganda mill, spewing left-wing political and cultural bias and outright bigotry and hatred toward capitalists, conservatives, Christians, often Americans, Jews or Israelies, and now, anybody white and male; and given all of that, since they are state-owned, of their literally being a danger to our democracy. And I’ve been doing it for about 30 years, more than twenty of them here at PTBC. The point being: Henley joined them while I was doing that. So welcome to my club, Miss Henley, but what were you thinking?

I grant you I am conservative. Nobody can argue that. So you might think I would say all that, all that time. But she can’t claim to have been anything but “one of them” if she joined them during that time. But wait: she seems to sort of try!

It used to be that I was the one furthest to the left in any newsroom, occasionally causing strain in story meetings with my views on issues like the housing crisis. I am now easily the most conservative, frequently sparking tension by questioning identity politics. This happened in the span of about 18 months. My own politics did not change.

If she used to be “the one furthest to the left in any newsroom” — newsrooms being for some 30 years replete with ardent progressives, a veritable bastion of leftist activist journalists, socialist and “social justice” and climate activists and advocates, and not a few Marxists — I don’t think many of us here in normal-land would confuse her for a conservative. She could argue “less Marxist,” perhaps. But “the most conservative?” Nope. Can’t say that. In a room full of conservatives, you can make that claim if it’s true. But in a room full of leftists, it is just wrong. I am the least Marxist writer ever at PTBC. See?

To say she is “now easily the most conservative” simply indicates how bereft journalists — including her, sadly — are about the concept of being “conservative.” Evidently, the political spectrum for lefties in the “news” media is vastly different than the one employed by normal people.

You can be mad at the state-owned CBC and its leftism (now with more woke!), and you should be, but that doesn’t make you anything like “conservative” or even “more conservative.” No, like many others, I suspect she’s doing it from the not quite as left, or simply from a different flavor of left. Others do it from the more left left. They’re a diverse lot!

On October 23, 2021, she wrote in the Globe and Mail a piece extolling the virtues of Substack as a respite for those who, like her, have been disaffected by the left-wing media monster. That column could also be mistaken as one written by a woman “of the right” (or remotely “conservative” as she risibly put it in her Substack piece). She paraphrased a (now fellow) Substacker named Freddie deBoer, who has similarly (and sort of famously) dumped on the legacy media for the same sort of thing. But his own bio reads, in part: “I am a Marxist of an old-school variety, which means I frequently complain about liberals, social democrats, and whatever ‘democratic socialism’ is”. He just wants to skip all that crap and get on with the Marxism part? I don’t know but I’m suspect now.

I am also suspicious because there’s often something else at play. In this case, Henley adds this — a hint? — toward the end of her missive:

During lockdown, when I wasn’t covering COVID-19, I spent a lot of time interviewing authors for a new book I’m working on.

That hardly makes her an evil Mr. Burns, but I think it’s too bad that’s there.

I guess on the positive side I can say that regarding the CBC, she has said the quiet part out loud, and brava to her. Good on her. And honestly, just as I say for Bari Weiss and Glenn Greenwald (I’m long a fan of both), her left-wing political leanings don’t matter as long as she says good smart true honest good-faith stuff; stuff which will serve us well and make Canada a better place, not a worse place as her former employer certainly has and continues to do. Also positive even if I’m being a bit strident: apparently, like many supposedly of the Left, she has apparently embraced free markets and capitalism — or at least she seems ready to accept its riches. That’s also a habit. A good one.

Previous articleI guess in the spirit of Christmas we could call our governments “fickle.”
Next articlePolitical hypocrites are awful, part 3,867: Chuck Schumer