Carbon Tax is Pointless and Inflationary

Climate alarmists hope that Hurricane Sandy and President Obama’s re-election will coerce panicky congressional Republicans into a “carbon tax” deal in 2013. But simple math shows the tax would have no effect other than an inflationary one.

A carbon tax would operate as a new sales tax on goods and services that are produced through or otherwise involve the burning of fossil fuels. You might pay the tax in your electric bill, at the gas pump or in the form of higher prices for other good and services.

The purpose of a carbon tax would be to penalize fossil fuel use in hopes of reducing carbon dioxide emissions, which have been hypothesized to cause global cooling (1970s), global warming (1980s-1990s), climate change (2000s) and extreme weather (2010s).

While higher prices for goods and services aren’t inherently evil, their merits must be judged by what consumers and society get in return. So let’s consider a carbon tax from a climatic perspective.

To give a carbon tax the maximum advantage in our analysis, we’ll assume that it would be totally successful in reducing U.S. 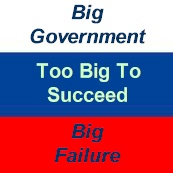 carbon emissions — i.e., the U.S. emits no carbon dioxide whatsoever from fossil fuels. And let’s also imagine that this public policy wonder has this magical effect as of Jan. 1, 2013.

So what would be the climatic effect of immediately shutting down the fossil fuel-based U.S. economy?

If the carbon tax could magically stop U.S. emissions entirely as of 2013, then by the year 2100, we would have avoided adding about 27 parts per million (0.31 x 87) of carbon dioxide to the atmosphere.

Either way, it’s plain to see that a savings of 27 parts per million over 87 years is trivial, particularly in comparison to its cost (shutting down the entire economy) and would make no meaningful climatic difference even if atmospheric carbon dioxide was the driver of global climate that the alarmists claim it is.

For further perspective, consider that 27 parts per million ago (i.e., 364 parts per million) was, temporally speaking, 1997 — since which time there has been no significant global warming, even according to the alarmists.

But remember we here have been fantasizing wildly about the effect of a carbon tax. No carbon tax enacted into law — even by an Obama-fearing 113th Congress — would come any where close to significantly reducing, much less stopping fossil fuel use in the U.S. anytime soon.

In reality, goods and services would simply be made to cost more. The atmosphere and climate would not be affected in any significant way. Consumer dollars would have less purchasing power — a phenomenon called inflation.

Reagan economist Arthur Laffer would support a tax in exchange for a reduction in payroll or income taxes. Bush 43 economist Greg Mankiw supports a global tax. Douglas Holtz-Eakin, senior adviser to John McCain in 2008, wants a tax to provide the energy industry with regulatory “certainty.”

As smart as these guys may be, none of them has apparently done the simple math that shows a carbon tax is a policy futility that buys less than nothing.

Hurricane Sandy shows what life is like without fossil fuels; it’s not a reason to do away with them. President Obama doesn’t care about the realities of climate; for him and his kind, global warming is an excuse to seize greater control of the economy. As to congressional Republicans, don’t panic; do the (simple) math.

Steven Milloy
Steven Milloy is a biostatistician, lawyer, adjunct scholar at the Cato Institute and publisher of JunkScience.com where the motto is: "All the junk that's fitto debunk". Milloy holds a B.A. in Natural Sciences from the Johns Hopkins University, a Master of Health Sciences in Biostatistics from the Johns Hopkins University School of Hygiene and Public Health, a Juris Doctorate from the University of Baltimore, and a Master of Laws from the Georgetown University Law Center.

Steven Milloy's most recent book is Green Hell: How Environmentalists Plan to Control Your Life and What You Can Do to Stop Them.

Before that, Steven Milloy wrote the much talked-about book, JunkScience Judo: Self-Defense Against Health Scares & Scams

Previous article
The State (not North Korea, but a Canadian province) issues wine to the plebs. From France.
Next article
An anti-conservative channel bias? It’s partisan politics. I think.