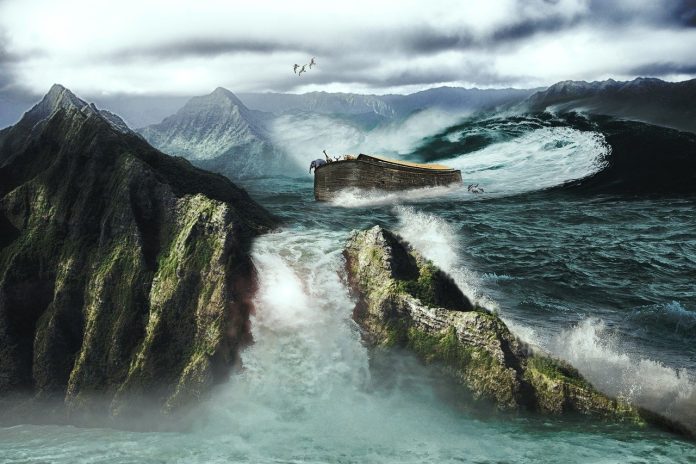 When I read the “news” media reports about the flooding in BC — particularly the worst-hit areas around Abbotsford like the Sumas area — I’m reminded of the most recent example of utter “news” media perfidy: the Kyle Rittenhouse trial.  That might seem like quite a stretch or a weird comparison, but if or when you realize how the “news” media has literally made up facts, obfuscated others, and ignored key elements to both stories, and for ideological reasons, you see the similarities in structure and method: the hype, the gaslighting, the lies, the agenda-driving, the propaganda, and so on.

Now, the BC flood damages are immense and widespread, no doubt. But most of these weather-related damages occur every few years, some years worse than others, and this year was really terrible. However the actual facts regarding the hardest-hit areas — the Sumas floods — speak to failures not in nature, which is performing perfectly and historically fairly predictably and really rather normally (nota bene: “normal” does, and always has, included “extremes”), but rather it’s a failure in humans. Specifically, in governments. This flooding of the Sumas area is not primarily a “climate change” story, though that plays a role, as do many other extraneous things, it’s a government failure story.

SPOILER ALERT: the particularly badly flooded area in BC was, a hundred years ago… a lake. Literally. Seriously. It was a lake. The “experts” in government drained the lake a hundred years ago, so people could farm and live on that space, what with its great sunny climate. “Experts” said dikes and pumps would hold the water back —no problem, we’ll tax the people for the money to maintain the dikes and pumps, we’re the government! Others warned of impending catastrophe due to historic, and regularly occurring (natural!) floods going back centuries (thousands of years by the telling of Indian legend). It (“nature” or “Gaia” for those of you who smoke pot or are in the Green Party) will, as anybody with a brain could tell you, keep trying to revert back to, you know, a LAAAKE!

I spoke to some of this Sumas flood stuff here, last week.

But just as we’ve seen governments woefully unprepared for, and then utterly mangling, the response to “COVID-19” — another bungling of historic proportions which starts right from the fact that it may well have been caused by Chinese Communist government ineptitude, and then allowing the Chinese Communist Party government to literally dictate — to us — what the disease is even called (so “Covid-19” instead of the Wuhan Virus), we see hellaciously stupid government action and criminally egregious inaction take place which has literally caused — CAUSED — the loss of life and the suffering of countless thousands as a result of the floods in Canada this month.

I’ve documented the record of the failure of government as it pertains to the Wuhan Virus here, here, here, and other places. They fail at virtually everything, though, from their basic job of the building of proper, modern, well-maintained bridges, highways, and dikes, right up to maintaining a military capable of defending those roads and dikes —the country itself. Everything.

Today Terance Corcoran in the Financial Post does much the same with regard to some flood facts; the history of just some of those government failures which occurred on multiple levels. Failures that extend back a hundred years or more, but which continue, unabated or even worse, to this very hour.

It’s an interesting read, particularly if you’ve swallowed the blue pill and think everything is about a “climate emergency,” and you rely on the government to take care of you and your very thinking.

Terence Corcoran: A human mistake — Why the B.C. floods are not a climate change issue
Instead of preparing for the floods, B.C. and Ottawa spent most of the last few decades revving up the long-range aspects of climate change alarm

B.C. historian Chad Reimer’s 2018 book, Before We Lost the Lake: A Natural and Human History of Sumas Valley, makes it abundantly clear that the massive flooding that has devastated one of Canada’s most important farm and transportation regions should have come as no surprise.

Among the final words in Reimer’s remarkable and detailed history of the flooded British Columbia geography — now embedded in the minds of Canadians is a sign of catastrophic climate change — is a warning. Reimer concludes that the complacency running through Abbotsford and other communities in the Sumas area prior to last week’s floods has been unfounded. “This sense of security is faulty,” said Reimer in 2018.

Before We Lost the Lake is filled with evidence of the seemingly futile hundred-year human struggle to tame Sumas Lake by draining it of water and turning it into fertile prairie, a never-ending battle to build and re-build dikes and infrastructure in the face of recurring flood episodes of varying magnitudes going back centuries. Sumas and areas south of the United States border have experienced so-called 100-year floods in 1908-1909 and 1932. Floods ranked as 35-year events occurred in 1945, 1949,1955,1975, and 1990. At least a dozen others are on the record.

Reimer reports that when the first Sumas Lake dike and drainage systems were proposed by a Seattle company around 1909 and completed in June of 1924, the Vancouver Province declared “Sumas Lake is no more” and the Chilliwack Progress rejoiced: “Sumas Lake is now dry.”

Despite recurring floods over the past century, the political belief that the flood risk had been or soon could be brought under control prevailed. It has long proved to be a false hope, accompanied by persistent warnings from engineers and others.

Reimer accepts that climate change poses current and future risks, but he holds another, perhaps deeper, perspective. Maybe the whole lake drainage project — which approaches its 100th anniversary — is a great human error. In an interview, Reimer portrayed Sumas as a case of human overreach based on the belief that nature can be conquered. “We thought we solved the problem of the flooding with the draining of the lake and the diking, but we didn’t.”

Warnings of this failure abound. Reimer ends his book with a reference to a 1994 study from the Fraser Basin Management Program that was released on the anniversary of a major 1894 flood. It concluded that “there is a one-in-three chance that a flood at least as big will occur by the year 2045 — and it may even be bigger.”

The title of another report on the 1994 Task Force Review of the Fraser River Flood Control Program was titled “Getting ready for the big one!: The next big Fraser River flood.” The archive of such warnings and reports run to the hundreds of items over decades, from academics, consultants, panels, agencies, boards, the media. A 2007 Vancouver Province series about B.C.’s flood threats warned of “ HELL TO PAY ” if this river floods again. …

The whole time I was reading this article I kept remembering what I’d said soon after the Wuhan Virus started killing Canadians, and on so many other occasions: “Somewhere, somehow,” I wrote, “in their quietest moments, all government officials, elected and not, must surely be sparing a moment to suddenly realize that they totally — TOTALLY — neglected their very most basic responsibilities over the years, in favor of fluff and bullshit and selfies.” The government failure crisis is a real crisis.

Previous articleTwitter tweetpoo — for November 23, 2021
Next articleSo, other than climate change…