Those news reporters and agencies who stick to the most bare basics and simply report news without bias and without filtering it through their own ideological or cynical prism, may be excused from class today.

This rant is directed toward the majority of today’s liberal media. The 99%. 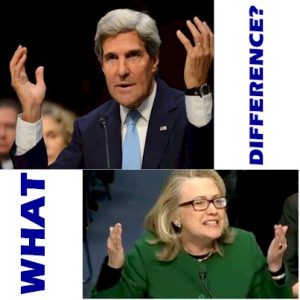 Those are the ones who are standing on their heads and performing whatever other acrobatics are required to avoid reporting on pertinent facts that go against their own ideological bias and narrative, like the hypocritical farce that is the Democratic Party, the Left, and progressives in general. The word hypocritical is only one word. “Unprincipled,” and “ideologically bankrupt,” are other appropriate words and terms which should be expected in any story concerning Democrats today.

The media are unwittingly revealing to the world their big “secret,” which is that they’ll lie, ignore. obfuscate, whitewash, cover-up, yell “SQUIRREL!” and do whatever they have to to defend the man they so have invested all their credibility and capital and reputation and themselves in, Barack Hussein Obama, and the Democrats. And when it’s impossible to defend the Left, as is so often the case, they simply smear and mock the Right, most often calling them “racists.” They don’t seem to have calculated just how stupid this makes them look, which helps explain why so many liberal media outlets are going bankrupt.

Aside from one of the main news events today — the question of a U.S. military strike on Syria — the most striking thing on display today is the abject hypocrisy of nearly all Democrats.

I’ll leave it to the people and web sites who have staffs and enough time on their side to compile the myriad examples of liberal hypocrisy concerning the Syria question. But watching my own twitter feed this morning during the hearings provided a few choice example of how sensible folks are seeing it.

I'm old enuf to remember when Dems considered a UN resolution and an actual coalition nothing more than Bushy McHitler going it alone.

…which made me laugh. I remember that far back. Way back when Obama and Democrats were decrying Bush’s coalition of dozens of countries, and his UN agreement. Then there’s this:

…which made me wonder if that YouTube guy was still locked up in jail. Then this:

I reckon that we're about 24 hours from this being spun as a "Republican-led war."

…which is sad because it’s true. And this:

Shorter John Kerry: "Regime change in Syria is official US policy, but we're waiting for a GOP President to make it happen. Like Iraq."

…which has GOT to leave a mark on liberals, since it’s the fact. If the Republicans do make that happen, watch as the media (and the rest of the left including Democrats) zig and zag and blame the Republicans for starting a meaningless war without the “global community” backing it.

But I loved how Jim Geraghty summed it up this morning in his daily Morning Jolt from nationalreview.com.

Democrats Suddenly Realize What They Miscalculated About the World: Everything

As we await Congress’s decision on authorizing the use of U.S. military force in Syria, Democrats are suddenly realizing that their foreign-policy brain-trust completely misjudged the world.

Being nicer to countries like Russia will not make them nicer to you. The United Nations is not an effective tool for resolving crises. Some foreign leaders are beyond persuasion and diplomacy. There is no “international community” ready to work together to solve problems, and there probably never will be.

You can pin this on Hillary Clinton, John Kerry, Susan Rice, but most of all, the buck stops with the president. Those of us who scoffed a bit at a state senator ascending to the presidency within four years on a wave of media hype and adoration are not quite so shocked by this current mess. We never bought into this notion that getting greater cooperation from our allies, and less hostility from our enemies, was just a matter of giving this crew the wheel and letting them practice, as Hillary Clinton arrogantly declared it, “smart power.” (These people can’t even label a foreign-policy approach without reminding us of how highly they think of themselves.) They looked out at the world at the end of the Bush years, and didn’t see tough decisions, unsolvable problems, unstable institutions, restless populations, technology enabling the impulse to destabilize existing institutions, evil men hungry for more power, and difficult trade-offs. No, our problems and challengers were just a matter of the previous hands running U.S. foreign policy not being smart enough. …

I was going to say this hypocrisy and inconsistency and the abject miscalculations of reality are all so very “staggering” or “hideous” or “amazing” or “risible,” but actually I’m not the least bit surprised. I’m actually bored by the Left’s farcical theater, now, and their compliant media almost proudly displaying it’s own perfidy.

Time for a change.