Let me get this out of the way just to help stymie the idiot race-baiters: Martin Luther King was an American and in fact a global hero, worthy of all the respect he receives; and a black man being elected as president is one of America’s greatest achievements, so far.

And by the way, nobody needed to tell me that. Least of all the race-baiting idiots and fascists.

Some of the speakers at this week’s MLK memorial (or what I call the August 28, 2013 edition of the near-daily public speaking series called “Race-Baiting Canards and Utter BS for Progressive Power and Democratic Party Votes”) have calculated that it is more politically expedient for them to regurgitate their victim card and their racial division card, and their income disparity card, and 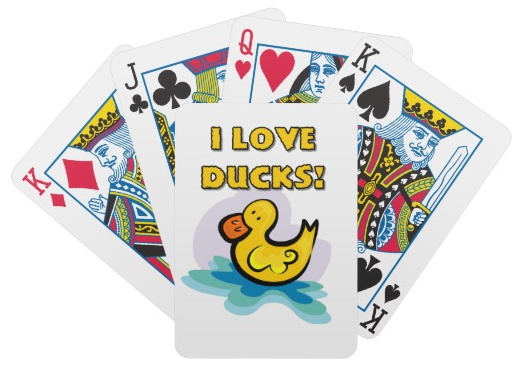 other phony cards from their stacked deck of left-wing canards — than to speak the truth. And that goes for all of the race-baiting industry, like Al Sharpton, Jesse Jackson, Barack Obama, and most other Democrats and progressives — who were all in attendance.

Is it just me, or was that memorial almost identical to the last Democratic Party convention?

But at this actually important MLK event, the speakers (virtually all of whom were Democrats or progressives) missed the opportunity to become real heroes, once again. On purpose, in some cases.

On this historic 50th anniversary of MLK’s speech, the speakers could have used the opportunity to finally admit that the problems within the black community and the racial problems they incessantly caterwaul about are almost entirely of their own making — or at least that of their own making with the help of their brethren on the left — the progressive movement.

They could have used this historic occasion to become heroes to an entire nation (like MLK himself), rather than just heroes to the members of their well-nurtured and mollycoddled ministry (a word I used advisedly).

Instead of solidifying their status as annoying charlatans and shlubs according to most of right-thinking America (which I like to think is at least half of America), they could have made the historic announcement that they, and nearly everything they have stood for, have been an abject failure. They could have acknowledged their abject failure as leaders of the liberal or progressive politics that caused this, over the past half century.

But some of these people are just incapable of doing that — or they haven’t yet matured to the required level. Others purposely don’t do it.

For those “others,” this is business. It’s a race-baiting industrial complex of which they’re the captains. And as a part of their huge compensation packages, they’re taking home the same size piles of cash that the so-called “1%” — the real captains of real industry (who actually create jobs and GDP) that they so disrespect and despise, are earning.

As another part of their pay package, they continually have their egos stroked with the fawning, cheering accolades of the liberal white-guilt media, liberal Hollywood, liberal academia; and, alas, by what are ironically 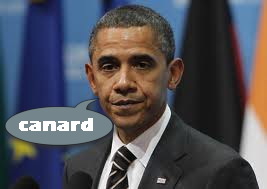 the modern day serfs — serfs of the government and of the myriad entitlements, which they helped create. These serfs are further beholden to these captains of the race-baiting industry.

The serfs have become reliant upon society, and moreover the left — the progressive — leaders within.

Progressives did this. And the captains perpetuate it.

The captains of the race-baiting industry don’t want this to end. They’re lying about wanting all the racial tensions and inequality to end. They need it to continue. They covet all this inequality and racial tension — they help build it, in fact. That’s why they’re called “race-baiters.” Sadly, they are so self-interested and greedy and scurrilous and nefarious that they seek only to continue this much ballyhooed racial animosity and disparity and inequality — to further their scornful careers.

This passage from Bernie Goldberg’s latest column revisiting some of the speeches, helps exemplify my rant.

Martin Luther King Knew the Difference Between Nooses and Handcuffs

… There was lots of talk about the progress that has been made over the years. And lots of talk about how the dream is still unrealized, how the struggle must continue. They talked a lot, too, about the great “wealth gap” between blacks and whites today. President Obama said, “The gap in wealth between races hasn’t lessened, it’s grown.” But neither he nor the other speakers talked about why, in Jesse Jackson’s words, “We’re freer [today] but less equal.”

[…]
And no one talked about what just may be the single most important explanation for poverty in America. A while back, William Galston, an advisor to President Bill Clinton, took a hard look at why some people are poor, and he came up with what appears to be a simple solution to avoid a life of poverty. Just do three things, he said: finish high school, marry before having a baby, and marry after the age of 20. Only 8 percent of families who do this are poor while 79 percent who don’t do these things are poor. …

Conservatives didn’t do this. We all know that. There is no argument. Democrats — progressives caused people to become reliant upon and dependent upon the government. They taught people that there is no consequence to acting irresponsibly in their personal lives or within a family. In fact, they’ve so diminished the value of “family” that now, a huge number of people place no value whatsoever on the concept of or the institution of traditional marriage and family. It’s been cast as not fun, and not “cool” to them. Moreover, it’s not what their idols in the rap and R&B music industry do, or what the cool set in Hollywood do. Liberals actually see it as a badge of honor for women to have babies without fathers in the picture at all.

So they own this problem of 72% of black babies being born-out-of-wedlock, and the myriad social problems that naturally flow from that.

And they all know this, and they all hide it. They lie, obfuscate, and if you dare cross them, they of course call you a “racist,” which in the era of Obama, ironically, has become so overused and boring that it’s lost all meaning. Almost like the liberal-left version of marriage and family.

UPDATE:
See this video of Juan Williams and The Five discussing this issue almost exactly along the same lines as my rant here: http://youtu.be/fue85V_ngoY