New York stocks up yesterday. Did you hear?

You’ve all heard the liberals’ media as they’ve incessantly tried to will the U.S. into a recession.  Every negative stat is reported.  The minutia of potentially negative economic data that are usually mercifully ignored: analyzed to death.  Positive news: spun as negative.  Stock market falls:  it’s all over the news.

Some screen-captures of previous CBC coverage what I think they hope is U.S. economic Armageddon… 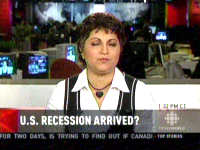 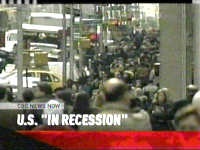 The 400+ point gain yesterday was the biggest gain in five years.  Did you know that?  Didn’t think so.

The media didn’t really make much of that did it?

For example, try to find it mentioned on the liberals’ Globe and Mail and what they would have you believe is their reliable ReportOnBusiness pages.  Nothing. Or if it’s on there, I couldn’t find it.  CTV.ca:  Same.  CBC.ca:  Same.

The CBC has reliably promoted the idea of a U.S. recession over the months… 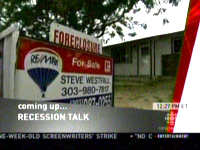 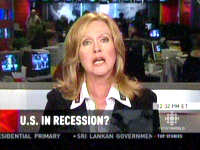 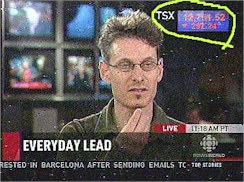 Last August I made a big deal of the fact that after utterly ignoring the historic, record-breaking rise of the stock markets to record highs over the years since Republican President George W. Bush was elected, the state-owned, state-run CBC Newsworld deployed what I called a funky stock market “Plunge-o-Meter” on the upper right of their Newsworld screen for the whole day, once day last year when markets were falling.

Next day, markets were up, and the meter disappeared!  That was fun.

As you can see, last August, the market was down 200-odd points in Toronto.  Yesterday, the Toronto market was up in excess of 339 points and the Dow was up 417 points.  No cool graphic needed for that however, apparently.

Where was the stock market “Rise-o-Meter” yesterday?  They couldn’t find it.  Perhaps due to all the Eliot Spitzer “peccadilloes” and frantic reporting on it, it was buried under the word DEMOCRAT on the floor or behind some “journalist’s” desk.

More images of the CBC’s incessant reporting on a possible U.S. recession… 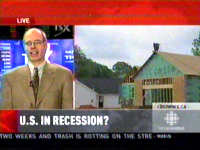 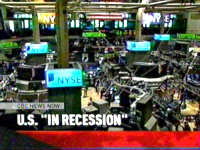 One day, the market went down, and it was a “Market Meltdown”. Yummy. 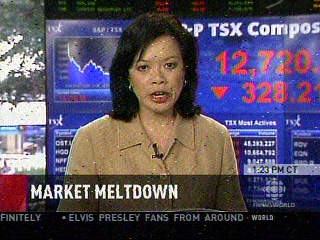