Still, it’s a fun and pleasurable thing that the Liberals’ very own Liberalvision CTV had to report on what could only be viewed by them as this sad, sad fact, this week, casting it as the Conservatives’ fault for distracting the the poor Liberals with some weird funky election talk that they created out of thin air. 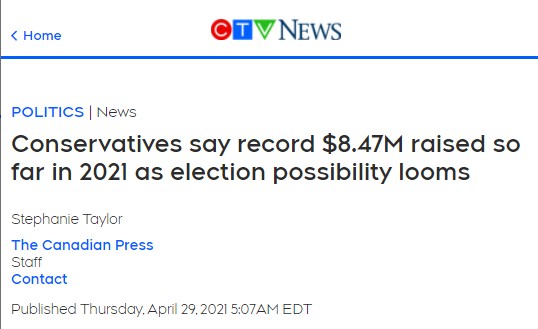 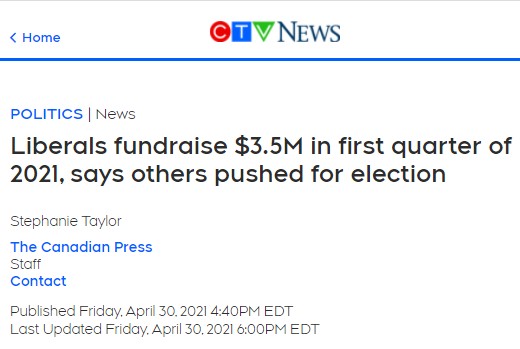 Then they tried to blame it on Covid too. Because of course they did. Opening sentences of the report on Liberal fundraising:

OTTAWA — The Liberal Party of Canada says it fundraised around $3.5 million during the first three months of the second year dealing with the COVID-19 pandemic.

A party spokesperson says the Liberal government is focused on fighting the virus, “while other parties have pushed for an election.”

Which is what we in the sane set describe as total and utter Liberal ass-kissing bullshittery.

The CPC, with $8.47 million, had 45,000 donors, which helped it set the new fundraising record this quarter. The Libs, raising less than half as much, had only 33,600 donors; but still, the fact that 33,600 people can overlook what has transpired under the pretend woke pretend feminist virtue-signaler power-hungry spending-crazed lying limpid ones thus far, is nothing if not deeply amazing. And no doubt most of the donors and supporters are women! This does not compute.

In truly important news of my own making, Liberalvision CTV and their Canadian Press suppliers needed 42% more words to explain, in their sad news story, that the Liberals were out-done by the Conservatives, largely because of those idiotic ass-kissing excuses at the beginning. They left out the words please donate to them now! in the story, which is something to be thankful for, I guess. May I suggest a Pulitzer.

Both parties out-fundraised ProudToBeCanadian.ca. By a wide margin. That makes me sad. 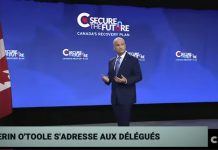 Not a vote-getter. Just a waste of cash.