I just completed a couple (one here and an earlier one here) of articles about the Liberal government (during Canada’s dark days when they were in power over us) “monitoring” the internet and putting under “surveillance” those who might oppose them and such things as their gun registry plans.  Those were words used in testimony at the Chuck Guite Liberal Party adscam sponsorship corruption criminal trial currently underway.

I was also struck by well-known radio and TV host and columnist Michael Coren’s article in the National Post this morning in which he’d documented a recent and very unseemly bitch-slap from the state-run media, the CBC, as a result (he rightly thinks) of his mostly non-liberal view of the world.  I asked Mr. Coren, a regular guest columnist here at ProudToBeCanadian.ca, if we could post it here in full, and he kindly obliged.  It’s called Blacklisted by the CBC.

As you read it, you’ll be compelled to agree that the CBC seems to have done an excellent job of monitoring Michael Coren and his views over the past several months or years, and documenting them.  Somewhere.  For some reason.  For somebody.

My own mini-rants in my ProudToBeCanadian would normally be a cue for liberals to write me hateful emails again, and maybe even write an article on a leftist blog or two mocking me for my paranoid delusions, and that of all conservatives of course (since unlike me, they’re shielded from being “called” on their bigotry and intolerance of any free speech that doesn’t jive with their liberal-leftist worldview).  And maybe I should wait for that to happen rather than preempt them so as to get more mileage out of them and their display of that famous liberal tolerance and compassion, fairness and balance, but I’m just not that kind o’ guy.

In January of this year a state-employed official at the state-run CBC emailed me and told me that the CBC is monitoring this web site “for copyright violations of CBC material”.  They were supposedly in a funk over my home-made video flicks, some of which had tiny snippets of CBC content on them, not unlike the articles I post which have snippets from newspaper articles.  But they also know that I’m ardently opposed to the very notion of the CBC as a matter of principle. So it does make you wonder why, and for what, and indeed for whom, they are actually monitoring this web site.

The fact that they emailed me is proof enough that they were “monitoring” this web site, since they used a contact form which is only accessible from this web site.  But lest there be any doubt among you liberals, and to show you that I’m not paranoid about the state-run agency and its bureaucrats “monitoring my site”, their exact words in their e-mail message were:

“We will be monitoring your site…”

I know that liberals are all about the “nuance” in their intellectual nattering, and so I guess that warning could mean they weren’t monitoring my site and aren’t right now, and that this could be taken to mean that they’re tolerant of my site as they are all things, but I choose to read that as “they are monitoring this site”.

They did allow in that email warning to me that, “You are completely entitled to your negative view of the CBC…”

Actually, it seems to me, that may be a matter of some contention.

But you see liberals, they acknowledge that they have already monitored my site thoroughly enough to know that I have video flicks on it that are disparaging to liberals; but also enough to know that I have just such a negative view of the CBC. That’s some good not-surveillance isn’t it!  Perhaps they were acting on tips from altruistic citizen liberals who are all about the free speech and tolerance of opposing views as we know, and this is how they act out on that. Here, they spotted some unliberal-speak. They reported it to the state.  The state acted.

My writing is obviously quite clear and direct.  I guess I should be flattered.

Team liberal-left surveillance also has my home address and phone number.  I know this because they subsequently sent me a letter (using the services of the state-owned courier service, duh) to hand deliver a formal legal threat to me at that address, written by a member of their state-employed CBC lawyer team, demanding that I remove all my video flicks that had any CBC content on them. They mentioned dollar amounts that they’d intended to seek from me through the state’s liberal activist courts and their Liberal-appointed judges, which would literally put me and my family very deeply in the basement of the poor house for the rest of my days on God’s green earth.

In fact, as the liberal-left bureaucrats assigned to monitor my case knowingly snicker at their desks, even just remotely fighting a lawsuit against a billion-dollar-per-year taxpayer-funded pseudo-corporation would put most Canadians in the poor house, so arguing with them at all whatsoever is really a moot point.  They win by default because they have the resources of the entire taxpayer base to pay for the lawsuit. I don’t.  I just have me and my wife’s assets which wouldn’t pay a lawyer’s fees for two hours.

I imagine that they have to maintain surveillance over this web site still now, since they never know if or when I might stick another video flick into a blog entry, critical of the state-run media, and simply to monitor my “negative view of the CBC”.

By the way I imagine they monitor the blog comments here, too.

Have a nice day. 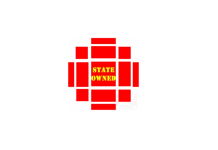