This is a good post because I want it to be. I always said it was. So it is. 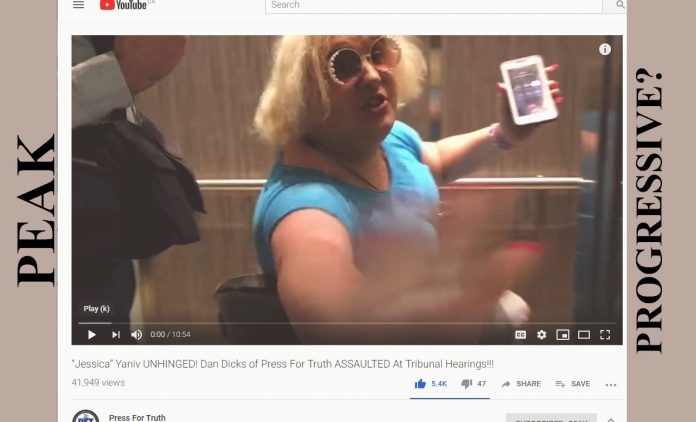 Before my holidays I wrote a couple bits about the moronic BC “Human Rights” case brought by the “transgender” person with the last name Yaniv. (Here’s a good video primer.)  Today I reviewed more idiocy about it, but also found what I think is a companion bit: this Twitter thread (long but good!) which has, at its root, a similar millennial narcissistic liberal, progressive, nonsensical bent to it. It’s got nothing to do with sex, this one. Just spelling.

Tell me you don’t think the two stories are related even if only in a rather esoteric way. And if you don’t agree, I’m gonna call my mom.

I’ve also mentioned (concerning Yaniv) how nobody in the mainstream media was talking about it. Nobody was talking about it because, I’m sure, it so illustratively mocks, in living color, everything they — the left — stand for; it makes an example of how stupid their principles, and how slippery their slope.

But an excellent couple of columns were written yesterday and recently by the inimitable Rex Murphy that are well worth the read, and which will help force other media to pretend they didn’t happen to notice the story earlier:

Another Yaniv-related video was produced last week by the journalists at Press For Truth, which just, well, wow. This furthers the legitimacy of all the growing number of calls for the BC “Human Rights” Tribunal to stop this insanity, which should never have been allowed to start in the first place, obviously. They will never be able to salvage what must now, surely, be the last vestige of decency or respect amongst the public, but at least they can help salvage our nation’s reputation as a people with brains and common sense.

And by the way, Press For Truth‘s Dan Dicks has now, naturally, been suspended from Twitter, joining Lindsay Shepherd, for calling Yaniv a man.