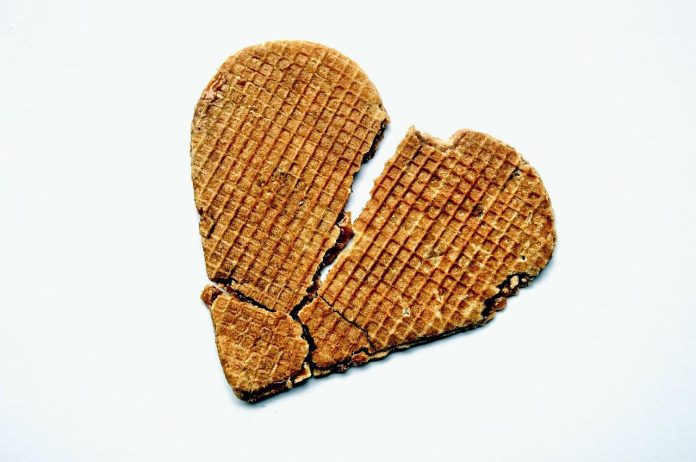 Sure it surprised me that I found liberalvision CTV running an opinion column (Don Martin — The fall of Justin Trudeau has begun) that doesn’t embellish their yummy Justin Trudeau for once. But they sort of did.

It’s about the growing dissatisfaction running rampant within liberal and Liberal circles toward Justin Trudeau (don’t worry, Martin says nothing of any dissatisfaction within the “news” media, which still apparently has a very, very healthy adoration for him). It is against liberalvision CTV’s every fiber to do this, and they haven’t done so more than maybe three times since they helped elect him in 2015 and worked so hard to keep him in power and swimming in sparkly good polling numbers. But run it they did.

…And while this is hardly scientific, after a weeks-long survey of just about everyone I’ve met and many of them Liberals by voting inclination, the overall judgment on Trudeau is one of being a political write-off with their body language alternating between exasperation and eye rolls.

He’s too woke, too precious, preachy in tone, exceedingly smug, lacking in leadership, fading in celebrity, slow to act, short-sighted in vision and generally getting more irritating with every breathlessly whispered public pronouncement. And that’s just the one-sentence summary.

Sounds bad. But then I read this next little paragraph and I clued in: it’s not that they’re worried Trudeau has gone too far in his woke edicts or in being a strong enough strongman leader, nor even his obsession with obtuse vacuous virtue signaling, etc. —it’s that he hasn’t gone far enough.

As one prominent and wealthy 40-year Liberal supporter told me: “I won’t send them another dime until he’s gone. He’s a wimp.”

See? He’s a wimp. It’s not that what he’s done, politics-wise or program-wise, is so wrong, it’s that he’s not been woke or dictatorial or censorious or secretive and obfuscatory or opaque or authoritarian or fascistic enough. A real Liberal leader wouldn’t have stopped at banning handguns, he would have banned all guns outright and jailed all gun owners immediately, after first freezing their bank accounts and bankrupting them all. Because freedom is for chumps! He would have banned gasoline-powered cars — like a man (whatever a “man” is)! And he’d have banned the sale or purchase of any existing gas cars like he did handguns owned by the nation’s most law-abiding citizens. He would provide abortions right at high schools and possibly force churches to rent their basements out for the convenience of the, um let’s get this in language Trudeau would appreciate… “people who get pregnant”. He would invoke the Emergencies Act again, in time for the Conservative leadership election since they intend to take power away from the current government too — and WE CAN’T HAVE THAT.

In normalville, we all know that Trudeau is bent on vengeance against his political opponents and that he generally acts like a petulant child with a penchant for doctrinaire extreme-left ideology befitting the likes of AOC, Ilhan Omar, Ayanna Pressley, and Rashida Tlaib. I used those gals (oops but what is a woman?) as examples because he also seems bent on importing far-left US culture into Canada — witness his rededication to abortion in Canada after the Supreme Court leak in the US, and his more recent idiocy on gun control after the massacre in Texas, to say nothing of left-wing clown-show California‘s policies on everything from racism to the transgendered to drugs to climate. Martin raises the point (I also raised it here — but you’d expect that from me) that even some Americans are embarrassed for us:

The Wall Street Journal recently derided Trudeau for acting in response to U.S. developments by toughening Canadian gun laws in the aftermath of the Texas school massacre and re-emphasizing a woman’s right to an abortion in Canada ahead of the U.S. Supreme Court ruling this month. “Apparently Canadian politics is too boring, or parochial, or something,” the editorial observed. “If he wants to influence U.S. politics, we recommend he emigrate and run for Congress.”

I gave that article more juice than Martin did, but at least Martin went there. And the liberalvision CTV published it. These are weird times!

But alas, in fact, I don’t have the slightest doubt that whoever replaces this loser will be at least as bad if not worse — by which I mean it’ll be another far-left liberal, as woke as all get out, and ready to control your every move as some sort of wise benevolent totalitarian government overlord, and tax you to oblivion for the privilege. Nor do I have the slightest doubt that liberalvision CTV will once again help ensure it is so. You know, rather than do the right thing for freedom and democracy and principle.

I know my cynism shows. To say that I’ve lost an awful lot of faith in my country and countrymen through his years — particularly after the massive and growing debts, and now inflation (duh!), the many reductions in our freedoms with more to come (C-11), the egregious, dishonest power-grabbing mishandling of the Freedom Convoy debacle, the utter calamitous mishandling of so-called “covid” and their disastrous unscientific lockdowns and mandates that never end imposed on an entire nation, and in most every other issue touched by the Trudeau Liberals —and in what seems an awful lot like lock-step obsequiousness and outright complicity within the “news” media, and in other institutions, is to put it mildly.

Previous article
“News” media, we don’t need your opinion
Next article
Take this advice and shove it up your airport luggage chute