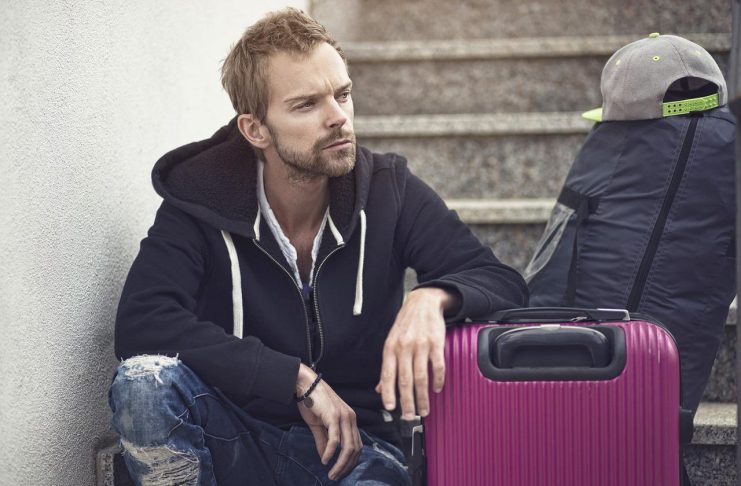 It’s a tale of two political talking heads, both of whom you can safely ignore if you’re a Conservative leadership contender. One is from liberalvision CTV, the other from the liberals’ Globe and Mail division. I rest my case. No no no I’m just kidding.

Here’s liberalvision CTV’s Don Martin advising Conservatives (as “news” media liberals are wont to do, incessantly, all day long, six days a week, for some reason) that Conservative leadership frontrunner Pierre Poilievre needs to pivot to the center… or the Conservatives (“Cons,” as the “news” media usually refer to them in headlines and pollsters in their polls because they’re biased, mostly nefarious anti-conservative jerks) will lose to Trudeau again:

…But Trudeau has enjoyed plenty of luck in politics, so unless coronation-bound Conservative leadership candidate Pierre Poilievre pivots somewhat into mainstream thinking, the hard-right Conservatives could fall short of what’s required to unseat Trudeau from a fourth mandate. …
— DON MARTIN

… which as I said, is advice you best ignore (especially when you consider how Martin writes, presumably with a straight face, that Trudeau’s support mechanism can be chalked up to “luck,” rather than to massive “news” media support including asking him only feathery soft questions and actively helping him and his cabinet spread misinformation and outright lies); but also because pivoting to the squishy middle is exactly and precisely how the Conservatives lost the last two elections. Bonus: Conservatives are now considered to be “hard right?!” Oh dear. Who knew balanced budgets and freedom and common sense were now considered to be so Nazi-like? (Note also that Jagmeet Singh and Justin Trudeau are still firmly in the plain ole center, y’all! They’re not even “left-wing!”)).

But here’s the liberals’ Globe and Mail division’s John Ibbitson advising his nemesis Pierre Poilievre that the Conservatives under Poilievre had better not pivot to the center (or “centre” as the Euro people and their fans spell it — which I properly pronounce as “sentry”)… or they’ll surely lose to Trudeau!

“If Pierre Poilievre ignores calls to pivot toward the centre,
he poses a real threat to the Liberals” 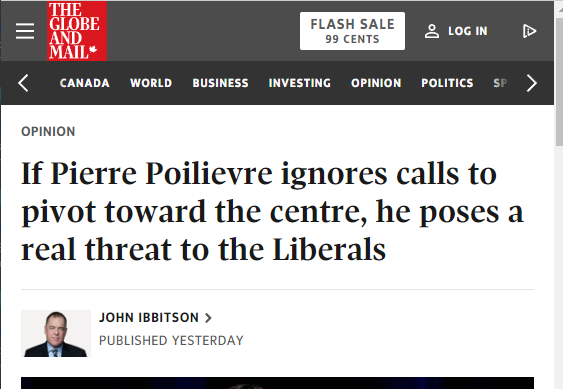 I would certainly ignore calls to pivot toward the sentry. But whatever. Ignoring both pundits, as I’ve advised, we’d have Pierre Poilievre doing whatever the hell he thinks is best, instead of letting people who think they’re smarter than he is, tell him what to do.  (Why do liberals and progressive types always think they know better than us and need to tell us what to do anyway? And why is their advice always so objectively stupid?)

I could do this all day but I won’t because I have to advise you about this other thing: Ibbitson tells us in his punditry that Poiliever has rightly tapped into the frustrations at airports which, despite the Liberal government’s lies and misinformation are the direct result of the government’s idiotic vaccine mandate policies and general mismanagement (see “Tom Mulcair: Recent Liberal decisions point to a whole-of-government incompetence“). And yet here we have the progressives’ Toronto Star department telling us their “experts” (possibly wearing lab coats cuz that’s how they getcha) say the opposite:

Next up at the Star: “Mask mandates actually help people see each other better, say experts.”

Ironically, liberals telling other people — people who they think aren’t as smart as they are — what to do and how to do it, is exactly what has helped progressives and liberals become as unpopular as they are today. Especially when those policies have actually screwed us all. And really, they should pivot toward shutty uppy or people will hate them even more.