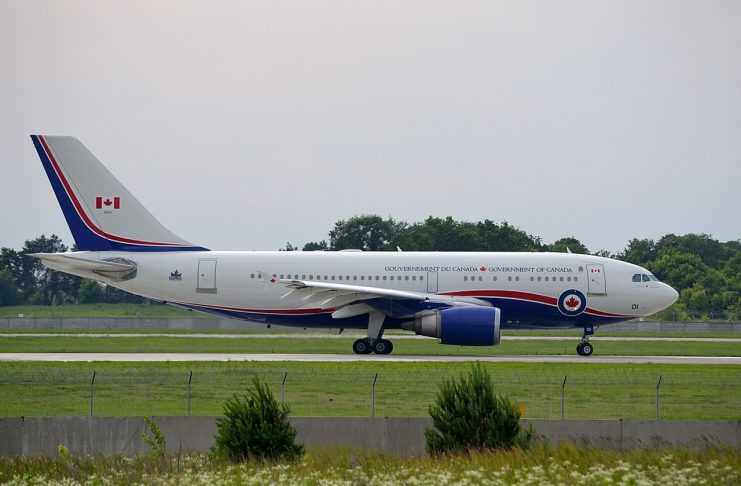 Who the hell do these people think they are? And what happened to that whole “climate change” ruse?

According to reporting by liberalvision CTV News, which, in this case, is reporting actual news (though the information came out not because CTV all of a sudden decided to do honest investigative journalism, but rather only because of an order paper question put forth by Conservative MP Michael Barrett, which the CTV felt obligated to report on even if it just kills them inside), the newly Trudeau-appointed Gov. Gen. Mary Simon and her guests blew nearly $100,000 of your money on a private government jet’s catering bill during their flights to and from the Middle East from March 16 to 24.

Questions abound. Why the hell did she so have to travel to the middle east? What good did it do for you and your family? Or to Canada? How did it fight inflation? How did it get oil and gas pipelines built? How did it build housing? Did it strengthen our national defenses? And she had “guests?” Why does she get to bring “guests?” None of your business, you plebians. She brought TWENTY NINE (29) GUESTS, so shove it! I don’t even know twenty-nine people I’d ask on any trip.

And how the hell do you spend $100 Gs on soup and sandwiches — which is what I presume they ate because that’s the crap we get when we travel, on our own dime, without 29 guests, and not to the middle east, ever, especially if we’re gay or Christian or Jewish. Can these people not possibly just get served what the rest of us get served on an airliner? Apparently, they can not, and simply must eat only organic shrimp and Russian caviar. Because they’re Very Special Elites. Appointed by other elites like Justin Trudeau who think very highly of themselves, but who are actually supposed to serve us.

How much of that was for booze? I would love to know. Did they buy any pot? Show me the details. It’s my damn money after all.

The cost of fuel for that utterly useless trip came in at $248,127.02. A quarter-million (borrowed) tax dollars on what they tell us is horrible carbon dioxide-spewing jet fuel, which must be banned or priced out of existence for the rest of us, and they spent it during what they implore us to believe is a life-on-Earth-ending “climate emergency crisis?” For a trip that was a total waste of time and money? That’s enough fuel for five thousand normal-folk car drivers to burn in a lifetime of driving, all on one useless waste-of-time trip for nothing by this group of self-important let-them-eat-cake jerks.

That’s not even all of it. Justin Trudeau, Deputy PM Chrystia Freeland and 58 others (FIFTY-EIGHT OTHERS??!) blew $57,401.56 in catering while roaming around in London, Riga, Berlin, Warsaw, and back between March 5 and March 11. That’s nearly a thousand bucks each! What the hell kind of airplane sandwich costs a thousand bucks? And whose money was that again?

Their fuel bill for that junket was only $195,265.47. What a bargain compared to the Gov Gen’s junket! And thank God for saving the planet like that. But whatever. They’re special. It goes on and on, and this is just really recently.

Can you even begin to imagine what they rack up in expenses when they’re NOT on the private taxpayer-owned government jets? Limos, hotels and hotel catering bills, dry cleaning, fancy meals in the best restaurants, tips, more booze, oh and other personal services too, no doubt (show me the details, I’m begging you) — all of which the super-elite special people get because… they’re so damn special. To themselves.

“They weren’t on the plane the whole time, we don’t know what their costs were at destination. We’re talking about just what they were consuming in-flight,” he [Conservative MP Michael Barrett] said. “For many Canadians [the amount] exceeds their household income per year and they spent it on a single trip.”

Passengers aboard the PM’s 2020 six-stop tour of Europe and Africa, consumed 95 bottles of wine and 93 cans of beer…

…Data revealing alcohol consumption on federal government VIP aircraft show that the 50-odd passengers aboard Can Force One who accompanied the PM on his February 2020 six-stop tour of Europe and Africa, consumed 95 bottles of wine and 93 cans of beer, racking up an in-flight bar tab of $1,414.81.

The liberals’ Globe and Mail division has this new article hilariously placed in their “Climate Change” section. At least I think it’s hilarious. Well OK hilarious and hideous and reeking of elitist, corrupt hypocrites, liars and jerks. 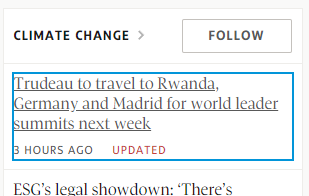 Load more
Previous articleTake this advice and shove it up your airport luggage chute
Next articleApology NOT accepted.