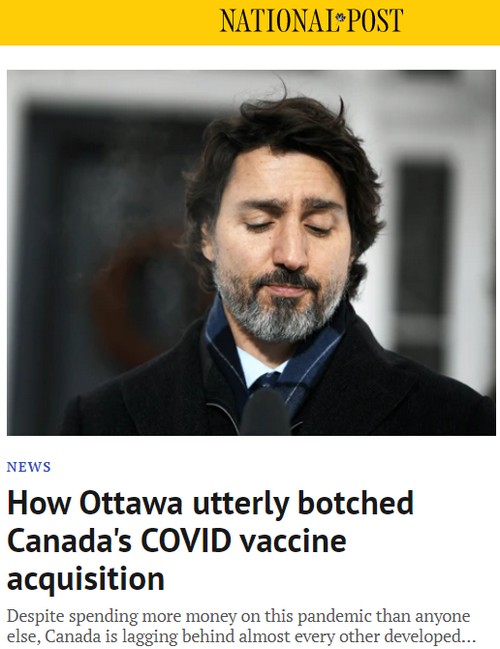 The state-owned CBC explains, however, that all this loud caterwauling about losing your business, your job, your family life, your future, and your mom dying, your grandma dying, your dad dying, and all that other stupid dying due to Covid and government’s lockdowns and idiocy; and “Ottawa’s” epic failure of a vaccine program, is, and I quote, “noise.” Which you should just “tune out.”

The CBC story has contains this quote which should earn another nomination for the most callous, arrogant Trudeau quote of the year: “Trudeau asked Canadians to tune out the “noise” from some circles about the sorry state of the country’s vaccine efforts…”. He said yeah, there will be “ups and downs”. So I guess just don’t freak out about “the downs” — the dying and whatnot. Just think about all them “ups”.

Don’t worry though progressives, even if you can’t “tune-out” the “noise” from all those damn idiots complaining all the time, your state-owned CBC division has you covered. By which I mean they’re covering for Trudeau by somehow, like magicians, putting a positive spin on it with this BS headline which seems very much like Soviet-style or North Korean-style propaganda to me: 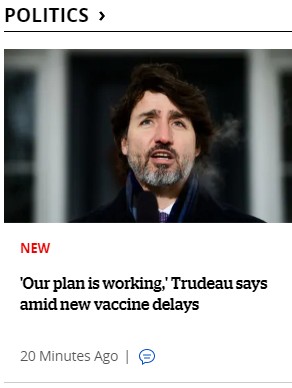 “Our plan is working”? It does lead to the question, what the F was the plan?

So how about jobs? Surely that’s one o’ them “ups!” Here’s the job news today:

CANADA – Financial Post:
Canada lost almost 213,000 jobs in January as employment fell to the lowest level since August last year, wiping out the gains made in the fall.

The unemployment rate rose 0.6 percentage points to 9.4 per cent, the highest rate since August.

I’m starting to think that idiotic mid-pandemic vanity and power-grabbing election plan of Trudeau’s — sorry Ottawa’s — is actually looking more like a life-saving and nation-saving plan. Which I could get on board with. That’s an “up” I guess. 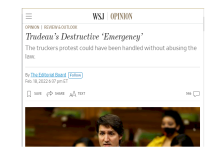