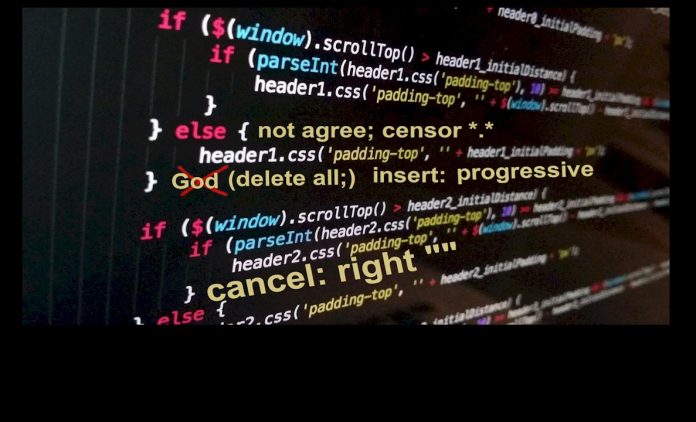 The political calculous or algorithm I’ve relied on over the years needs adjusting to eliminate all the things I don’t agree with politically. You know, like any Facebook, Amazon Web Services, Apple, Google, or every other “woke” and authoritarian organization does to eliminate the likes of me.

Speaking of woke, the Conservative Party’s “virtual” convention is coming up in March. Like a good boy scout (remember when there were Boy Scouts? And boys, FTM?), I’ve reviewed some of their documents which explain and codify what they are supposed to be about. Thus the tune-up I need.

Over the years I’ve ruminated about that party changing into Liberal Party Too, but what I didn’t realize was that it might actually be their official policy to do that. You’d think I’d know this but I’ve been so busy fighting progressives and standing up for Conservatives and now ma faulty algorzies…

I’m not providing in excruciating detail the entire context or history of the party, and I’m focused on only a few words, and mostly only on the parts of the Conservative Party’s Policy Declaration which would tend to separate it from the multiple progressive parties in Canada and America. But from what I can tell, the full context doesn’t even help.

Here’s the part on free speech:

Those are nice words. But I’m just not seeing all the “free speech.” I mean in practice. I heard lots of bromides about it from now party leader Erin O’Toole during the leadership campaign, but since then, it’s like I was simply dreaming. The last thing I remember hearing about the Conservatives’ grand devotion to “free speech for all,” was a few weeks ago when Mr. O’Toole banished Conservative leadership candidate and duly-elected MP Derek Sloan — cancelled him — for expressing his, uh, “right-wing” opinions. Too right-wing, if I understand O’Toole and his woke scolds correctly. I’ve never heard him accuse the NDP or Liberals — or the news media, or the schools… — of being too left-wing. No, his scorn is reserved for the right.

But let’s back up a moment. The very first item in their Founding Principles section is this:

Founding Principles
The Conservative Party will be guided in its constitutional framework and its policy basis by the following principles:
• A balance between fiscal accountability, progressive social policy and individual rights and responsibilities;

See what I mean when I said that it might actually be their official policy to turn into Liberal Party Too?

Seeing the term “progressive social policy” is a little incongruous to me in the context of a conservative party or any, you know, not-progressive party. I assume it’s a holdover from the old days, the early 20th century when “progressive” was the trendy new ideology, much as “woke” is this year. That’s when the party was almost inexplicably named the Progressive Conservative Party —a name which could have been invented by some slick marketing exec, pitched to party organizers as a brilliant catch-all brand name which would appeal to all those who don’t recognize the incongruity of it, and literally playing to both ends of the political spectrum and capturing the market, moo hoo ha ha haaa, etc.

To me “progressive” was a fraught term pre-2003, but as if to prove me correct, it’s an especially fraught term nowadays given the way in which progressives have evolved in real life. Far from liberal in the classical sense, it’s now a movement associated with being overtly illiberal; often including left-wing radicalism and extremism generally (BLM, Antifa, teachers’ unions, etc); certainly including its mandatory, aggressive “woke” bullshittery; the seemingly blind or insouciant drive toward authoritarianism and totalitarianism; bully-driven “cancellations”; Orwellian speech control and even thought control and forced speech; the diminishment of freedoms including the aforementioned freedom of speech; and to some in the myriad progressive circles and bubbles, it really does mean a drive toward outright socialism, full stop (or rather, no, it doesn’t even stop there, as progressive literally implies).

So my algorithm will be adjusted to account for it.

More on the Conservative Party in an upcoming article.