Slippery when wet. Or when in Ottawa. 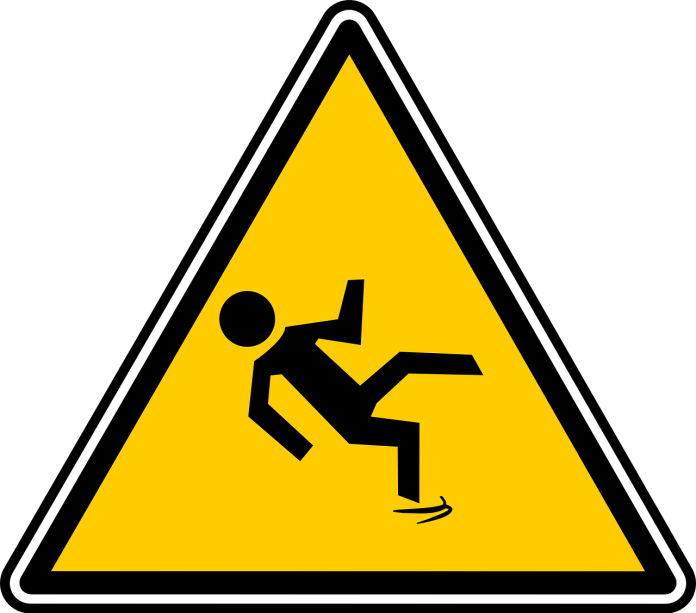 Are ya like me? Are you tired of all the faux grand statements and pseudo-ominous-sounding proclamations from politicians that you know are nothing short of cowardly, slippery BS? Yea you are.

Here’s the recipe for successfully appealing to me as a voter: Just say what you mean, tell us exactly how you’re going to do it and why, and, do what you say. Say it. SAY IT. Do it. Just DO IT.

Here’s how NOT to do it: 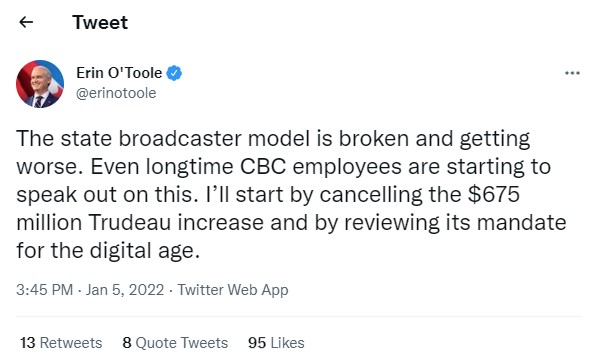 “Reviewing its mandate?” You’d engage in a committee process, now, in 2022, to start to consider the process by which maybe some adjustments might be made maybe sometime concerning the clearly awful CBC? After 17 months in power as party leader, and after years before that as an MP and as a politician, and more years still as a Canadian? You still haven’t made up your mind about this confounded CBC thing?

I’ve known, my readers have known, your members all know, and evidently, even CBC employees know (as I droned on, and on, about yesterday—  the subject about which inspired leader O’Toole to follow-up by conveniently jumping on the citizen-led bandwagon with multiple tweets, one of which was addressed to the subject herself) that the state-owned CBC is total garbage.

In case ya didn’t know, to be clear: The CBC is wrecked, it’s divisive, it’s politically biased, it’s absolutely damaging to our country and making it a more awful place rather than a more enjoyable place. Clearly. Obviously. Objectively. And it needs to be ended. Everybody already knows this! Most of us have been saying it for twenty or thirty years, and it’s actually gotten worse in that time! Oh yea, and it’s freaking state-owned! Goddddddd!

Surely — SURELY — the leader of the Conservative Party knows this too, and has had some considerable amount of time and proximity to sufficient information and membership feedback to develop a definitive strategy to know, under no uncertain terms, what to do with it by now. But no, it’s another slippery, easy-to-backtrack-on, full of plausible deniability, cowardly, bullshit tweet about a “review”. We’ve all ”reviewed” it, Mr. O’Toole! We’re ready to roll!

This slippery-ness rang true here too, as Ezra Levant picked up on it earlier today with another slippery O’Toole tweet. Ezra is not wrong here: