OK so you won’t listen to me. Fine. I found a good observation by a different man, this one named Colin Wright (of Quillette fame), whom I stumbled upon at Instagram via Twitter via who-knows-where-the-hell-I-started: 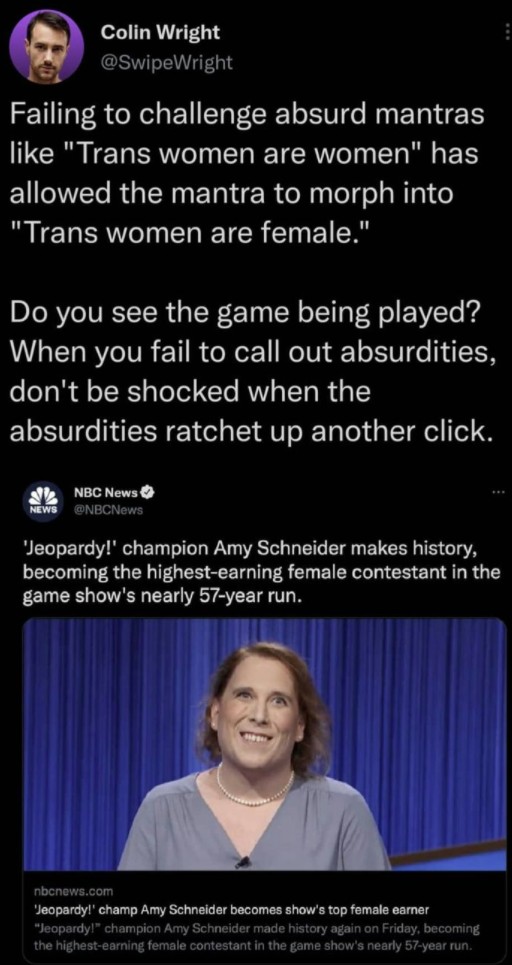 Schneider has been in the news lately on a couple of notes: Schneider has done extremely well on the game show Jeopardy, and recently Schneider was robbed in Oakland, California  —a state where crime never happens on account of their Democratic Party dominance and their extremely harsh penalties against all criminals unless they rob, steal, assault, or kill someone, shit on the street, or are violently rioting for BLM. 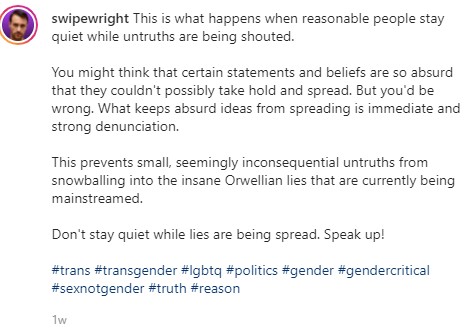 “Speak up!” — as I’ve said several times like a broken record. I note one of his hashtags is #truth. In fact, I love all the hashtags used here, especially how they go together.

In closing this intro of Colin Wright, here’s a tweet from yesterday — and get a load of the number of “likes.” (NOTE VERY WELL HERE: “Liking” something on Twitter is not “Speaking Up.” (Although this very public post does count). 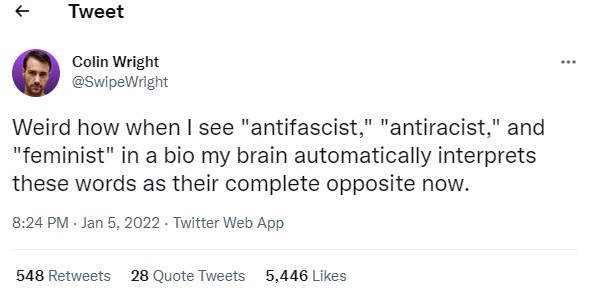 Alas, I found another example of this Orwellian mainstreaming of lies —this one from a surprising/unsurprising source, so I assume it’s actually rampant: 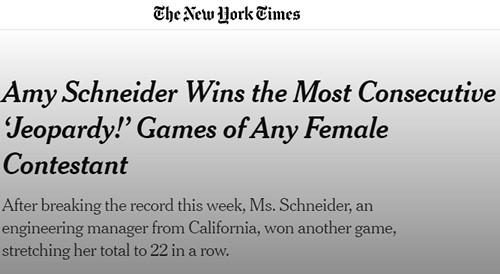 Talk about “misinformation” and “lies.” I could go on: talk about “science” and “facts.” Above all, talk about it. Loudly.

Previous articleSlippery when wet. Or when in Ottawa.
Next articleA January 6 post. Because apparently that’s important.