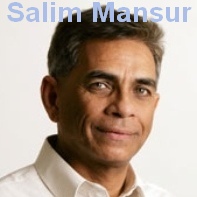 In voting 153-to-136 in support of amendments removing sections 13 and 54 from the Canadian Human Rights Act, the Conservatives in Ottawa under Stephen Harper’s leadership took a historic step in defending free speech.

Section 13 has the Orwellian clause of the human rights act, which reads “any matter that is likely to expose a person or persons to hatred or contempt” is prohibited.

The weasel word here is “likely” and, by invoking it, authorities have shut down freedom of expression, as the University of Ottawa did when it cancelled the appearance of Ann Coulter, an American conservative author and political commentator, in March 2010.

In times to come, historians might likely note that with this vote Canada turned a corner in its long downward slide into the bog of multiculturalism and political correctness, and began its climb back to once again becoming a robust liberal democracy.

The idea of protecting free speech by placing limits on it, as Section 13 did, in a democracy such as ours, was retrogressive.

Yet this idea was sold to the public by the country’s political-intellectual elite as a policy indicative of Canadian exceptionalism.

Canada’s Chief Justice, Beverley McLachlin, speaking to an American audience in April 2004, told them forthrightly that “we in Canada are more tolerant of state limitation on free expression than are Americans.”

Instead, Section 13 represented an elite consensus around the opinion that Canadians could not be trusted with their freedom.

Increasingly disconnected with the general populace, Canada’s ruling elite seemed to forget ordinary Canadians went abroad twice within a generation in the last century to protect the freedom of others.

Ordinary Canadians helped defeat the Nazis — possibly history’s worst offenders of freedom — and yet, ironically, the ruling elite considered they could be corrupted sufficiently by some fringe political club or lonely misanthrope to pose a threat to individuals or minority groups in a liberal democratic society.

The temptation of those in power to control or censor free speech, however good the intention, is indicative of the totalitarian instinct lurking inside many of us.

It is a slippery slope that once taken has ended too often, as history illustrates, in some of the worst excesses committed against freedom of individuals.

“The origin of freedom lies in breathing,” wrote Elias Canetti, recipient of the 1981 Nobel Prize in Literature. In other words, free speech is the foundation upon which all other freedoms rest.

And we forget this at our peril, warned Liu Xiaobo, the Chinese human rights activist, political prisoner, and the recipient of the 2010 Nobel Prize for Peace.

While denied permission by the Chinese leadership to receive the Nobel Prize, Liu Xiaobo sent the following message to his well-wishers: “Freedom of expression is the foundation of human rights, the source of humanity, and the mother of truth. To strangle freedom of speech is to trample on human rights, stifle humanity, and suppress truth.”

Once Bill C-304 — the private member’s bill moved by Alberta Conservative MP Brian Storseth — receives royal assent and comes into force repealing Section 13, a stain on Canadian democracy will have been removed and free speech made more secure.

Salim Mansur
Salim Mansur is an Associate Professor of Political Science at the University of Western Ontario in Canada. He is a columnist for the London Free Press, for the conservative blog Proud To Be Canadian and the Toronto Sun, and has contributed to various publications including National Review, the Middle East Forum and Frontpagemag. He often presents analysis on the Muslim world, Islam, South Asia, Middle East.

He is a member of the Board of Directors for the Center for Islamic Pluralism based in Washington, D.C., a Senior Fellow with the Canadian Coalition for Democracies, and an academic-consultant with the Center for Security Policy in Washington, D.C. He has been a consultant with CIDA on development issues and has published widely in academic journals on foreign policy matters and area studies of the Middle East and South Asia.

Mansur is featured on the documentary Obsession: Radical Islam's War Against the West produced by the David Horowitz Freedom Center. He also unsuccessfully ran for the Canadian Alliance party in 2000.

Mansur has been accused by Canadian Islamic Congress of using "provocative, self-serving rhetoric", and for "promoting an anti-Arab and anti-Muslim agenda".

He is an Ismaili Muslim.

At a press conference on October 2, 2008, Mansur stated that "Islam is my private life, my conscience...[but] my faith does not take precedence over my duties...to Canada and its constitution, which I embrace freely;" "I am first and most importantly a Canadian;" "only in a free society will you find Islam as a faith and not a political religion." Mansur also criticized New Democratic Party Leader Jack Layton, whom Mansur said "has gone to bed with Islamists", because he is running candidates in Ontario and Quebec who are closely identified with the push for Sharia law.