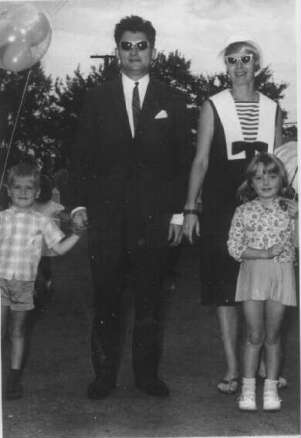 I’ve never been a big fan of these “Hallmark holidays”, as Mother’s Day and Father’s Day have been accused of being. But I acknowledge they have served some purpose besides just making mom and dad feel good. For me it’s the importance of fatherhood as distinct from motherhood.

It’s a different as could be. The difference shines every year on these annual days.

Fatherhood  —  and its annual “official” celebration  —  is completely different than motherhood and its big day. And that’s partly because mothers and fathers are completely different. I don’t need to list the many differences. It’s like explaining life. It hardly needs explaining. Everybody knows the differences. Or at least everybody who has had a father to know, remember, love, and celebrate, knows. And those who haven’t, well, they are missing something vital. And they, too, know of that vitality that they are missing in their lives.

I think that’s a vital thing to remember as the so-called modern family takes root in western society. Fathers are vital. To say otherwise is a huge, sad, statement on life itself. It’s like disputing life. Debating the facts of life. It’s a rather stupid enterprise to take on. It’s so wrong, it’s unpalatable to actually say it out loud. It’s like something of an insult of the most egregious proportions to  —  well I’m not sure to what or whom. Certainly to all men, especially those who are or aspire to be fathers. But imagine even saying it to yourself. Fathers don’t matter. They aren’t vital in a person’s life. They aren’t important in a family. We don’t need them. It’s hard to even imagine those thoughts. It feels wrong. And there’s a good reason for that. Because it is.

And yet people make those conscious decisions every day with increasing regularity. Someday, so slowly that the change will barely be perceptible, as is the case with the most pernicious movements, something’s going to give, and I don’t think it will be pretty.

My dad died in 1994, so father’s day is a sort of an annual vigil, and a kind of sad day, rather than a happy celebration with and for my dad. Those of you who still have a living dad should bear this in mind. But we should all bear in mind the vitality of fathers and fatherhood, not just to our own lives, but to life  —  family, community, society as a general matter  —  itself.