Home America “News” radio station CKWX 1130 misinforms re politics; no correction despite my... 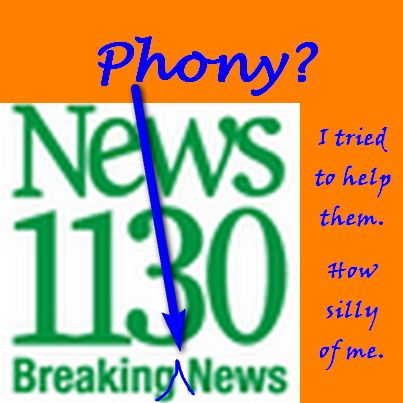 This is how it happens. Drip by drip.

Gallup says #GOP has the backing of just 5% of #Americans, lowest support since it started polling in 1992 @News1130radio #uspoli #Gallup

It was re-tweeted by @News1130radio and their 22,000 + followers. Is there no checking of facts there? No editors? Without even researching this information I knew it to be false, simply because I know the news facts. Huh.

Thinking they made an honest error, I first re-tweeted it with the word “WRONG” in front, so they could correct it with the right information:

WRONG. MT @TammyMoyerNews: Gallup says #GOP has the backing of just 5% of #Americans, lowest support since it started polling in 1992

But that didn’t move them. So I replied with the question:

Still no write-thru or acknowledgement regarding their misinformation.

. @TammyMoyerNews and @News1130radio you tweeted misinformation re Gallup poll on GOP being at 5%. Correction?

Nothing. So now I have no choice but to assume they want that wrong information to be out there, in order to fit a false, tendentious narrative of the Republican Party that they are trying to advance to Vancouverites and Canadians. I can then extend the logic to conclude that they want to denigrate conservatives, in any way they think they can get away with, hoping it will serve their political interests here at home. In their news reporting. In their news reporting!

As most people who are even semi-clued-in on the news of the day, the 5% figure only ever came up in any news reporting with regard to the CONGRESS, not the “GOP.” For the benefit of the smart set at CKWX News 1130, Congress is made up of a Senate, currently dominated by Senate Majority Leader Harry Reid and the Democratic party; and a House, currently dominated by the Republicans under Speaker John Boehner.

On top of that, it wasn’t Gallup who arrived at the 5% result, it was an AP/GfK poll. Gallup came in at 11%. America’s favorability of the GOP is even or nearly even with the Democrats, but even according to Gallup, it’s nearly 500% higher than what the CKWX News 1130 reporters reported. So that’s quite a muddling and misstatement of the facts.

Also doing historically badly is Barack Hussein Obama. He’s at or near his lowest favorability on record  —  down around 37% according to the latest poll from AP/Gfk (which I’m using to be consistent). Even their beloved Gallup has him at an approval of only 44%, and a DISAPPROVAL rate of 50% today.  George W. Bush currently has higher favorability numbers (according to Gallup!) than Obama, and did have higher numbers than Obama at this point in his presidency  —  and he’s the one liberals love to paint as horribly unpopular.

I wonder why they don’t tweet about all that.

In any case, the damage is now done. So, heckuvajob, CKWX News 1130. And I suppose they could use the idiotic excuse one of their idols, the progressive Democrat Hillary Clinton, infamously yelled at the top of her lungs with arms flailing about, “What difference, at this point, does it make?!!”