They get this right:

Trump and the Failure of the Expert Class
They were right about his character, but his defects were obvious to almost everyone. They were wrong about virtually all else.
—By Barton Swaim, Wall Street Journal, Jan. 22, 2021

“The Trump years had something for almost everyone. Progressives had the satisfaction of righteousness and a justification for daily outrage. What they didn’t have were policy victories, although they might have had a few if they could have refrained, even for a few days, from treating the president as illegitimate. For conservatives, the case was exactly reversed: They had some major policy wins, but at the cost of frequent embarrassment and dismay at the president’s offensive behavior and self-defeating logorrhea. …”

It’s a great synopsis and avoids the wordiness so many get entangled in when trying to describe Trump’s years and how each side views it. Kind of like what I did just there. Plus it gives us the word of the day (at least for me): logorrhea! It’s much like diarrhea, only it’s verbal. And Pepto Bismol won’t cure it. But with just a spoonful of Shutty Uppy, you’ll be regular ‘n fine in no time! Shutty Uppy. From the makers of Tweet-B-Gone.

Seriously, the column is a fantastic, um, digest, of the Trump years and how the news media and other “experts” got it so wrong. Highly recommend. (Subscription required to read past the first hundred words or so. I subscribe to the WSJ for $10 USD per month and I think it’s the best value in news today. Actual news.) 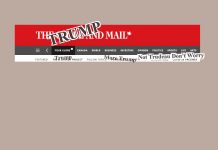 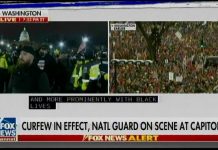 National Review: “TRUMP DID THIS”