I came across some very interesting information this afternoon about the latest Liberal attack ad being broadcast on television screens across the land by the governing Liberal Party.

These are the ads in which a gun is pointed at the viewer while the voice-over talks of the Conservatives plan to “weaken our gun laws”—an outright lie, but that’s not the point here.

The viewer is presented with a gun pointed at you, as follows, as the voice-over decries the Conservatives plan to “weaken our gun laws”: 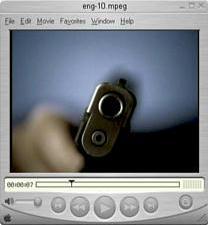 One then sees this as the next frame in the TV ad, in which the voice-over decries the Conservatives plan to end the Kyoto Accord:

But that’s where they get you. As if they haven’t already lied to you enough,  they have engaged in an abominable sleight-of-hand. The actual next frame—one that is stuck in between the gun and the pollution—is one you don’t consciously see. It’s only one single frame, and is only seen subliminally, or subconsciously. Here it is: 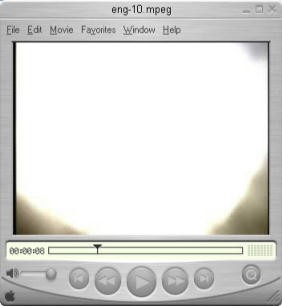 It is a picture of the gun being fired at you.

So the sequence is actually this:

But all you consciously see is this:

As if it weren’t bad enough for the governing Liberal party to present an ad with a gun being pointed at you, they also fire the gun at you, and do it subliminally.

The Liberals may have just done themselves in with this ad.