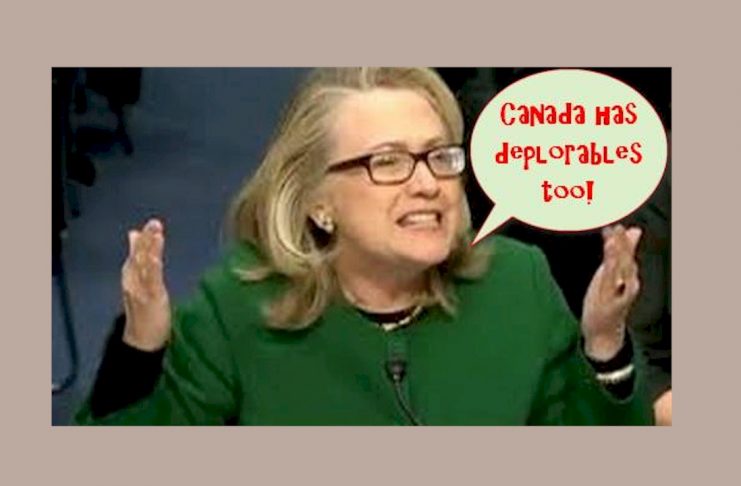 The conservatives got nearly a percent and a half more Canadians to vote for them than the Liberals. 241,642 very undeplorable folks.

And that’s despite the interference from your Barack Obama — he’s an American we’re told, although I guess he could be a Russian plant — I mean if Tulsi Gabbard could be, he could be, is how logic works, I think.

And there’s more bad news for Trudeau’s Liberal government — now reduced to a smirk-reducing and arrogance-lowering minority: Trudeau’s approval rating has been below that of Donald Trump for some time now. (This is something the media don’t tell you even though they constantly deride Trump for it, because they loves them some progressive, and don’t want to shame their boy.) It’s a very low number, and I suspect it’s getting lower as public sentiment toward him has soured quickly over the few short years he’s been propped-up by his media and fanboys and girls (and gender brand “X” or something); and it will drop dramatically once the RCMP resumes its investigation of him and his cabal — an investigation regarding he SNC-Lavalin scandal — which the police had put on hold for the election for some reason which I’m sure is entirely legit in Argentina.

Add to that the fact that Jody Wilson-Raybould — a key player come-adversary to Justin Trudeau in that SNC-Lavalin scandal — was elected as an independent last night. The new Justice Committee could actually include her if members from other parties played their cards right. And that won’t turn out well for Trudeau or many in his circle of elites.