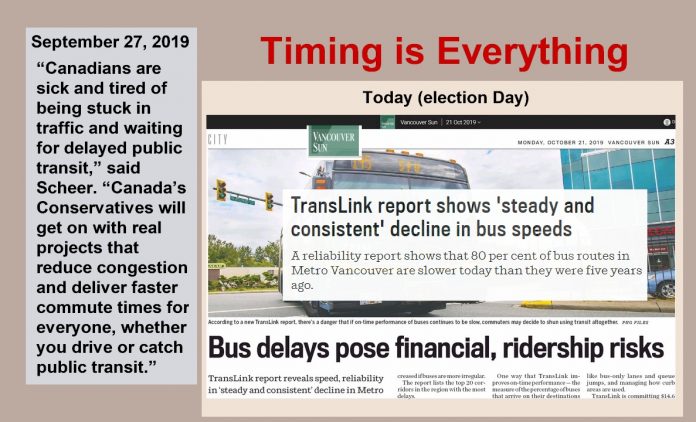 Conservative Party website:
“Canadians are sick and tired of being stuck in traffic and waiting for delayed public transit,” said Scheer. “Canada’s Conservatives will get on with real projects that reduce congestion and deliver faster commute times for everyone, whether you drive or catch public transit.”

Too bad these studies aren’t released well before election day, instead of waiting until it’s too late to do anything. Maybe transit isn’t really their thing.

A reliability report shows that 80 per cent of bus routes in Metro Vancouver are slower today than they were five years ago.