Ideologue Liberal dingbat Ujjal Dosanjh (who sounds very much like a communist to me) strives to prove how out of touch he is, and succeeds wildly.  It’s his only measurable success since being elected (by 22 votes over his Conservative challenger).

The Canadian response to the Haiti tragedy has been nothing short of brilliant, and you know I’d be all over their butts if it wasn’t.  It’s been speedy,

well-defined, well organized, and generous, and we’re all being kept apprised.  And aside from having smart, quick-thinking people at the wheel, it’s largely also a result of having the right equipment.  Physically, logistically, it’s almost all hinging on access to the great new C-17 purchased for our military, which as I’ve mentioned, was purchased against the cries of liberals and other leftists, and only as a direct result of Conservatives getting elected by the voters in 2006.  This cannot be overstated.

Most leftists have been mercifully subdued vis-a-vis Haiti in their usual desire to speed dial CBC reporters and gratuitously bash Prime Minister Harper for anything they can possibly think of at the moment (which usually involves the sweater he wears, his piano-playing, or his manners… all of which have always been perfectly fine).

Now, there’s KNEE JERK, and then there’s just JERK.  Let me explain.
The reflexive and typically stupid reaction from Vancouver Liberal MP Ujjal Dosanjh couldn’t be more revealing of his lack of character and political prowess.  Immediately after turning his gaze away from his state-owned CBC News and possibly Al Jazeera, from whence he no doubt garnered the news about Haiti, he felt compelled to express his usual brilliance to the world using his personal account at (the private enterprise-created and operated) Twitter.  (So far, none of his heroes —neither Kim Jung Il, Fidel Castro, nor Hugo Chavez — or their governments — have invented a clever competitor to Twitter yet. This shocks only him.)

Meanwhile, even the readers at the liberals’ very own Globe and Mail know he’s totally out to lunch.

Liberals (yes you too, in the media division) smear Sarah Palin all day long, on the dubious, no, totally unsound basis that she lacks intelligence and political acumen.  This is of course preposterous, and we all know that.  Examples like this one about the genius Ujjal Dosanjh make it even more ridiculous. 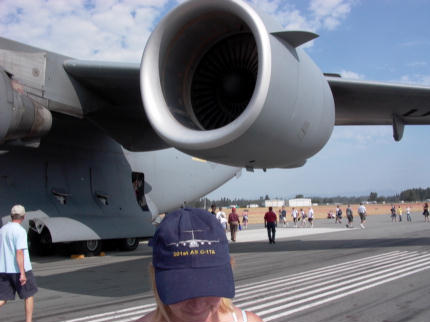 Previous article
Buddha Take the Wheel!
Next article
A prayer for Haiti