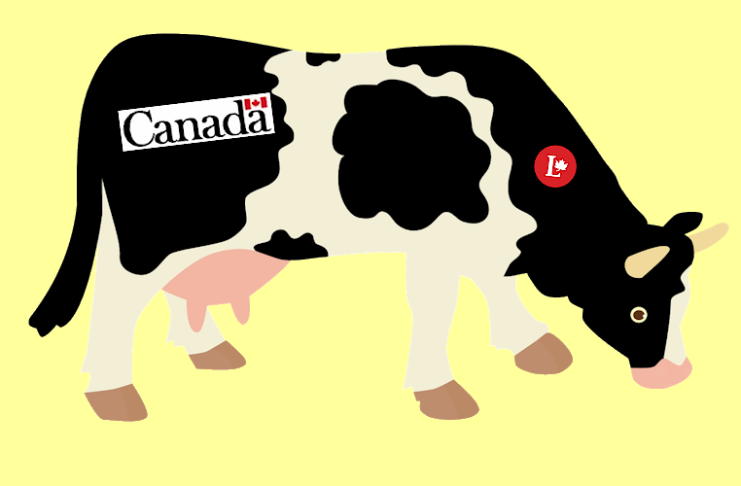 Ragging on about how “insensitive” it is for Canada’s Big Government Dairy Supply Management and Price Control Central Planning Politbureau (OK, “The Canadian Dairy Commission”) to raise dairy prices at this time, the Globe and Mail seems to suddenly become aware of socialism — and all of its splendid benefits.

“The insensitivity of announcing so steep and quick an increase during the pandemic is stunning, but not surprising. Indifference to the real world is baked into Canadian supply management, a thoroughly opaque system of production quotas, price fixing and protectionist import tariffs that has produced some of the highest retail costs for dairy products in the world.”

But they’re not really all that convinced just yet. After all, “true socialism hasn’t really been tried yet,” or whatever the NDP kids say these days. The editors at the G&M seem smitten by Soviet-style Big Government Central Planning, notwithstanding its “insensitive” timing. Speaking of these government supply management dictates that currently control what should be free markets, and in spite of what they acknowledge is a “stunning” decision showing utter (heh!) “indifference” to Canadians, they offer this:

“Its plusses are that it guarantees a steady supply of safe, good-quality milk that comes from humanely treated cows, prevents overproduction that can lead to spoilage and eliminates price volatility.”

They do acknowledge some of socialism’s multitudinous downfalls:

“But as a recent study by Mr. Charlebois and others says, its downsides are high retail prices, as well as “low levels of innovation in the industry, and an unfavourable starting point for trade negotiations.””

Oh, there are a lot more downsides than just that, my self-esteemed neo-gnostics of the new — now more progressive! — liberal left. Which reminds me of my recent post about another socialist paradise: North Korea, and its own supply management problems plaguing the nation because of its, well, socialism. Headline for that: Socialist North Korea told to “eat less,” on account of “there’s no food”.

Not seeing a lot of “plusses” there.

But make no mistake: nothing will be done even after Canadians balk (and the Globe and Mail pretends to feel your pain) at paying the government’s centrally-planned increase of 10% or so on dairy. This is a Quebec and Ontario-based industry primarily, not Alberta-based. So it is super-duper important for all of Canada, y’all! If milk were only produced in Alberta, they’d cut the price at this auspicious time “for the good of all of Canada”. As Rex Murphy wrote today in the National Post:

…if oil and gas were Quebec’s main industry, defending it, promoting it and declaring it as being in Canada’s national interest would be sacramental imperatives.

Defending oil would be a requirement for Quebec citizenship. Trudeau would be preaching from the altars of Quebec’s most majestic cathedrals about the wretched and nation-breaking attacks on the central Quebec industry.

If oil were in Quebec, it would be a law that people have to bathe in it before going outdoors. Politicians would bring thuribles (incense containers) to swing and spread holy odours before every oil rig. They would genuflect at every Esso sign, and kiss the gas pump at every rise in price.

But oil is not in Quebec. It is in Alberta. And that, as Robert Frost once remarked, “has made all the difference.”

So the government of North Kanadistan will just carry on, maybe even double down, and raise the non-market prices of our milk and butter; and we will just have to eat less.

Load more
Previous articleTrudeau to raise (his?) flags just in time to lower them again
Next articleDon’t worry, GOP wins won’t cause cancer either