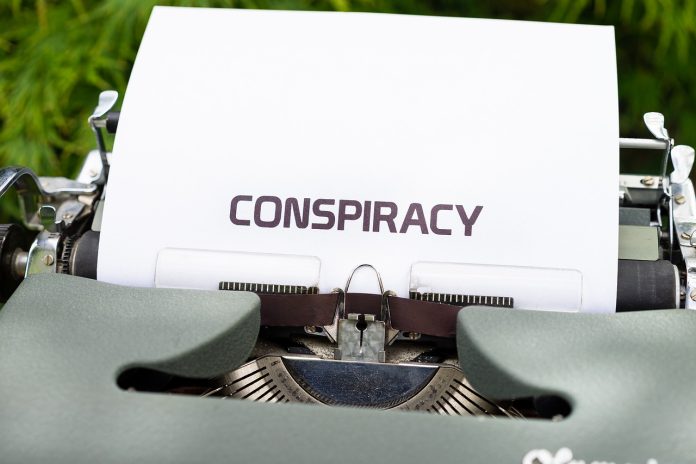 Call me paranoid. Call me a conspiracy theorist. The left (and possibly the Vancouver Sun editors who came up with this) might even go all woke and trendy, and call me “racist” or a “white supremacist.” (You’d be as wrong as two left shoes, but then that’s the new progressive woke way.) Anyway, call me what you will. I find this page to be an activist editorial setup — likely by some twenty-something woke left Vancouver Sun editor: 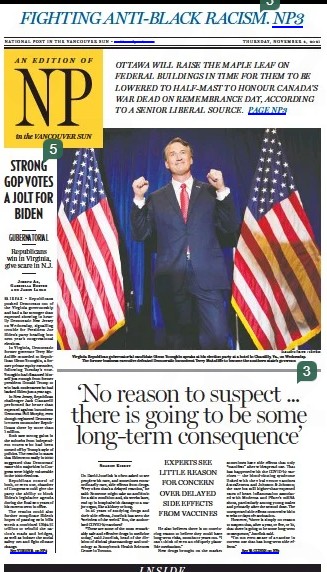 The photo of the happy Republican Virginia Governor-elect (yay!, by the way) belongs to the story to the left of it; not the one below it, which by happenstance seeks to soothe readers’ nerves by advising in the weird headline that notwithstanding the Republican election win picture right above it, there is “No reason to suspect… there is going to be some long-term consequence.”

Yeah, the story with that idiotic headline, which just happened to be placed there — with that headline — actually has to do with some vaccine nonsense, as you could CLEARLY, OBVIOUSLY guess from that detailed and ever-so-appropriate, unambiguous, and precise headline. Not the Tuesday Republican victory night story.

And the banner over top of all of that: “FIGHTING ANTI-BLACK RACISM” in all caps. Story on page 3, errr… editorial on page 3.

Previous articleGlobe and Mail suddenly figures out socialism
Next articleThink Alberta leaving and joining the USA is far-fetched? Look at these Oregon counties