Trudeau to raise (his?) flags just in time to lower them again 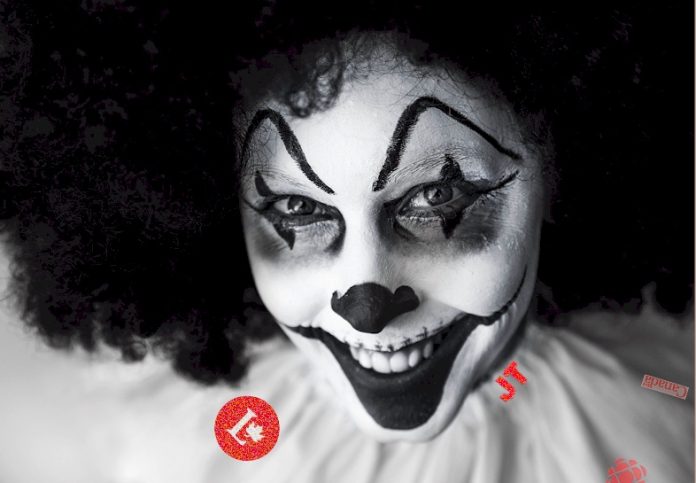 Making a clown show of our nation, the man who is allegedly prime minister, Justin Trudeau, Liberal, has deigned from on high (and by on high, I mean I’m not altogether sure that he isn’t, in fact, high), that it might be permissible to raise the flag — almost like we’re a mature, grown-up nation of adults — just in time for Remembrance Day when they can thus be lowered again to half-mast as they have been since May 30 on his clown orders.

The notion that by doing this we could suddenly appear as a mature, grown-up nation of serious adults again is, alas, ridiculous in and of itself, of course, but let’s be real: we’re no longer a serious nation, at least not from on high. So this is par for the course, or the circus if you will. This is what despotic third-world nations do all the time.

The government will raise the Maple Leaf on federal buildings in time for them to be lowered to half-mast to honour Canada’s war dead on Remembrance Day, according to a senior Liberal source.
https://nationalpost.com/news/politics/canadian-flags-on-federal-buildings-to-be-raised-next-week-government-source

Trudeau’s orders have had it that flags be flown at half-mast — since May 30 — to recognize the unmarked graves of indigenous people. Our flag hasn’t been raised since then.

Are you shamed enough yet?

Previous articleSocialist North Korea told to “eat less,” on account of “there’s no food”
Next articleGlobe and Mail suddenly figures out socialism