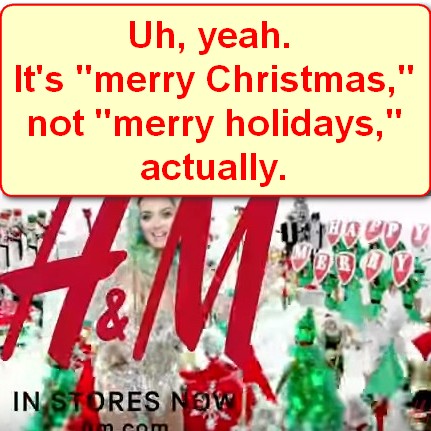 Many people (OK, two or even more) who have followed PTBC over the years have written asking why PTBC isn’t on its pro-Merry Christmas kick this year. In case you’re new here, it’s Christmas, not “The Happy Festive Tree Celebration of Seasonal Values Holiday,” or any other secular-progressive left-wing

For years, PTBC was on the front lines of the left’s ideological War on Christmas (it’s much like the left’s accusatory, made-up “War on Women” that they claim conservatives are waging, except it’s real).

We won the war. The left-wing politically-correct losers, well, lost. They’ve mostly stopped calling it anything but Christmas, which they used to do simply to call attention to their irreverence for or actual hate of Christians and Christianity, and/or their abhorrence of Canada’s traditions and values.

Even the liberal-leftist Toronto Star has a Christmas section, which they call “Christmas,” not their “Happy-Tree Holiday” section. (Alas they still have Heather Mallick, totally ruining the Christmas cheer.) 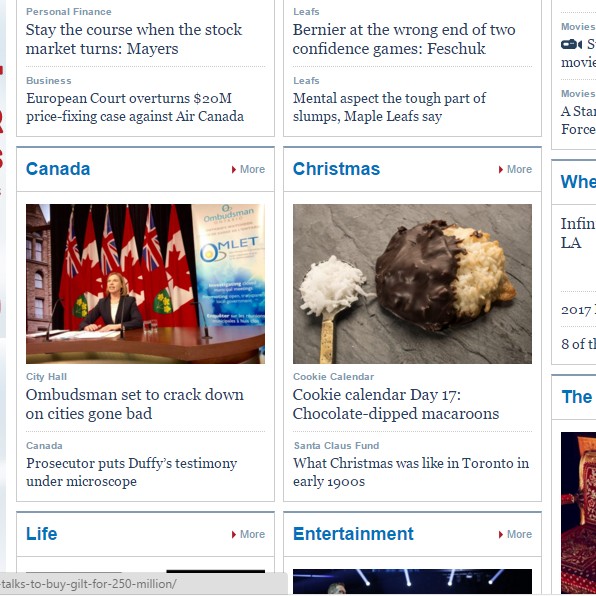 We still see companies that have been taken over by progressives – socialists and other liberals – which insist on avoiding the word Christmas at all costs, one of them wishing us all “merry holidays” (seriously).

It was obviously quite a studious effort on behalf of her and all her accomplices, managing to never say the word Christmas even once in the two-minute-long erstwhile Christmas advertising video. It’s two minutes of what is obviously a Christmas-themed thing, replete with Christmas references: Christmas trees, Christmas decorations, typical traditional Christmas baking, toys and fables, and moreover, the fact that the whole thing is actually an H&M ad to get you to buy her crappy music to give out as Christmas presents.

The left-wing Huffington Post misses the whole point. They write, “Christmas-themed video’s got everything: dancing ornaments, hot dudes in Santa hats, Katy Perry in multiple extravagant outfits, and giant gingerbread men.” Their headline about the video is: “Katy Perry’s New Christmas Song Will Get Stuck In Your Head.”  Well no, Katy Perry carefully avoiding the word Christmas in that commercial for H&M is what is stuck in my head. But at least those lefties got sucked into writing “Christmas” right in their headline!

Merry Christmas Katy. I’ll be buying something by Taylor Swift this year.