When you’ve got nothing, what can you offer? 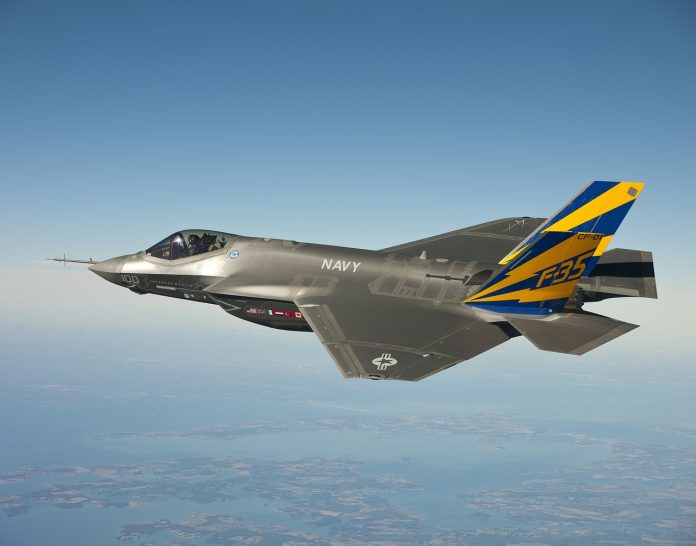 Canada has an odd problem in acting or even appearing to act on the Russian invasion of Ukraine. And before I drill down on the problem, let me just point out some of the evidence of our problem. Here’s the former Defense Minister and Attorney General of Canada, and former Conservative Party leadership candidate, Peter MacKay, from a tweet on March 17, 2022, causing my eyes to roll so high into my noggin I nearly went blind: 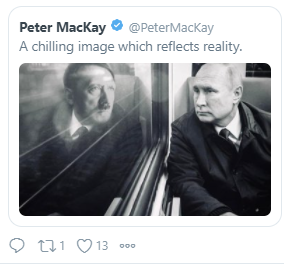 First of all, I never understand why the comparisons are always to Hitler rather than, say, Stalin, which would be more apt and more on point given his inherent Russian-ness; but moreover, if MacKay really, truly believes we’re up against another Hitler, then why the Hell is he not calling for all-out military action? And apologizing to Canadians for the depleted state he left our military in as Defense Minister, and recommending strong solutions? Why is he not demanding Canada rush in quickly and fight with whatever little we do have, to beat this neo-Hitler down, lest we all perish or succumb to a new Russian global socialist dictatorship? No calls for a Russian invasion up over our northern border?

No, none of that. Because we can’t. And no because we (by which I mean most Canadians) wouldn’t have the stomach, given our modern history of totally and utterly relying on the Americans. (And now, in woke sunny ways Canada, also because so many Canadians now demand a “safe space” if they’re called by the wrong pronoun, etc.). And no because MacKay probably doesn’t really believe his own tweet, and as is de rigueur, these days, he is engaging in a little more of that cheap and now almost ubiquitous Canadians “say neat stuff” puffery and virtue-signaling and propaganda, all done from 4,000 miles away, sitting behind a computer in a nice warm Canadian mansion, all done in lieu of our inability to or unwillingness to do anything truly useful, thanks in no small part to himself.

Here are some other reasons why we aren’t really doing anything besides sending money and sending “standing with” Twitter hashtags:

1. Canada is far too militarily weak and insignificant to scare Russia — increasingly so, and far more so than even ten years ago — to the point where threatening Russia militarily would be seen quite literally as a joke in Russia. It’s a joke here! (For “root causes,” see “MacKay,” above. But mostly, see who you Liberal and NDP voters voted for.)

2. Secondly, while Canada now manufactures almost nothing and relies to an idiotically enormous degree on other countries including “enemy” countries, Canada does not have a huge trade relationship with Russia (even if we have imported a lot of Russian oil over the years despite our vast resources right here at home as if we’re a nation of utterly stupid people). This is mere luck, not a result of great foreign affairs policy or principles (see China), but it’s a good thing. And Russians haven’t seen fit to invest a huge amount of their ill-gotten capital here in Canada (there is some, to be sure, but I haven’t seen examples of huge corporate or land investments in Canada). So they buy nothing from us and invest little here. Alas, it means Canada’s trade relationship with Russia is far too minimal to cause any real financial or economic intimidation or damage to them if we cut it off, which we largely have. Again, any threats in this regard are more a laugh-line in Russia than anything else, I figure.

3. And now, particularly (but not solely) after the historic pathetic example set by the recent truckers’ freedom convoy, and the Trudeau Liberals’ authoritarian and massive over-reach reaction fiasco, Canada is very well known the world over to be a world-class fake virtue-signaller and champion-level phony big talker, rather than a serious intellectual standard-bearer capable of moralizing on this or really any subject concerning freedom and democracy. Besides, Trudeau has deemed Canada to be a genocidal nation of colonizers and racists, haters, white supremacists, homophobes, transphobes, and misogynists —so who are we to lecture Russia? Or China, or North Korea?

So what to do?

1. If you’ve been asleep or on drugs for half your life you may have missed the clues that we actually need a military. Maybe you just watch the state-owned CBC. Or perhaps you think being nice works. Whatever your mental deficiency, stop it. I think you may see this now. Or maybe you just see cartoons like MacKay does. Do not emulate him. Grow up.

I’d immediately ramp up military spending — make it 4% of GDP for several years just to catch up, somewhat, to the 2% we’re obligated to spend as a member of NATO (which we have NOT been spending for as long as I know), then ease that spending off to a solid 2% in a few years once we’re supplied properly and are back on track. Get the damned F-35 fighter jets that we need and have needed for at least a decade, immediately, like this week. It’s so obvious. Plus get whatever other fighter jets and bombers and supporting supply aircraft and modern warfare drones we need, because any self-respecting country needs these things for defense against rogue socialist or communist countries like China, North Korea, and against the kind of Russian aggression we’re not enjoying today. I’d love to see a couple of nuclear-powered aircraft carriers — one on each coast, with the necessary battle group ships to accompany them. Several new subs. Several more battleships to patrol the north. We’re the second biggest country in the world, among the richest, and we have almost no capability to defend it, save for our friends the Americans, who many of us studiously insult and dump irrational jealousy-based hate on, every damn day. Stop that crap. Are you stupid?

2. I’d make a massive foreign policy change, such that it is based on developing relationships with democratic countries that don’t literally have hate-ons for Canada, its Judea-Christian values, or the classical liberal or libertarian histories we have enjoyed. And on the contrary, I would eliminate to the extent that it is possible — shun — any trade relationships with China, North Korea, Russia, Iran, Venezuela, and other such undemocratic, murderous, genocidal, illiberal countries. Hi Saudi Arabia. You too. Diplomatic relations are one thing. Giving them our money or endowing them with legitimacy is quite another. Regarding our diplomats: use one of the worst ones in the world, the Liberals’ Stephane Dion, our emissary to Germany and the EU, who cozies up to Russian oligarchs all day and has made everything worse, as an example of what we don’t need or want, and employ the exact opposite of Stephane Dion. Think tough guy, not soy boy. Or soy girl. Project strength (and back it up with actual strength per #1).

3. Fire Justin Trudeau and the Liberals, and any woke politician, ASAP. They are literally wrecking the place, and enticing, enabling, and empowering authoritarian dictators (I mean authoritarian dictators abroad, but I understand your confusion). Never vote for a woke, effete, or soy-based politician again. We need to build strength and seriousness and respect, not more weakness and phonies and hashtag idiots and cutesy sock-boys and global embarrassments.

Previous articleMeanwhile in left-wing BC: 90% of new jobs are **public-sector**. Not private.
Next articleThe “new normal” is government control?