When “private” is a bad word, you just might be reading a state-owned CBC story. 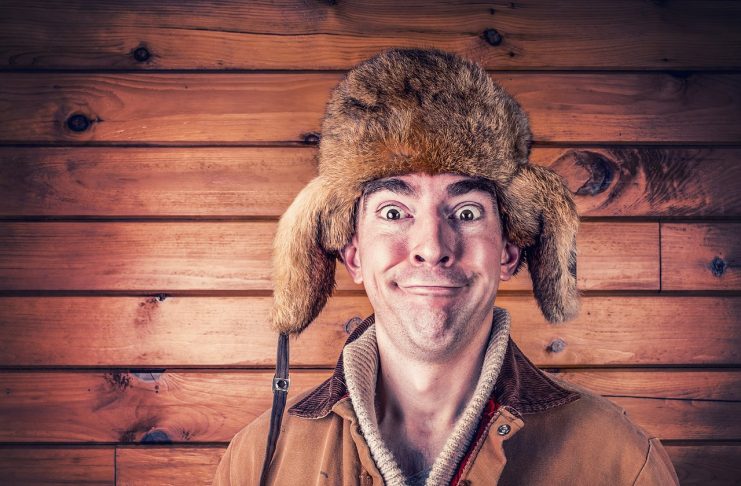 The story itself is sad, unfortunate, and speaks to all sorts of downfalls within our society, but without getting too grandiose about it, it’s really just another case of dumb people meeting possibly evil company run by awful people who take advantage of dumb people.

But when it’s the state-owned CBC telling the story, my conspiracy theory hat flies onto my noggin like a fly to cowpoo (self-flagellating enough for ya?). This is especially valid given the other article I wrote simultaneously to this about a Facebook racket that’s been uncovered wherein earnest-enough-sounding headlines are actually a Trojan Horse or part of a now-documented left-wing political propaganda campaign. Read that too! But here’s the CBC headline:

“Be careful what you sign:
Ontario man fighting for home after private mortgage gone wrong”

What is the point of writing “private mortgage?” Is there any other kind of mortgage or mortgage company or lender in Canada? Does the government have a state-owned retail mortgage provider or lender that I don’t know about? They could have just written, “Be careful what you sign: Ontario man fighting for home after mortgage gone wrong.” But they had to add “private.” Does the CBC wish there were a state-owned option?

To be fair, their fear of “private” comes from an honest place. The state-owned CBC is in fact socialism-reliant and requires this acceptance — this buy-in — from the public for its very being. For its very survival. That’s just an objective fact. Clearly, they have a vested interest in the population being warm to state-owned, state-run anything or everything. The more the better. And for the public to sour on private companies of any kind.

Also, I have absolutely no doubt that Jagmeet Singh and the NDP are going to start demanding that the Trudeau Liberals establish a new state-owned, state-run mortgage provider, just as they’ve bandied about the idea of starting a state-owned bank to replace all those awful “private” banks. It’d be just like the CBC but instead of “news” and “entertainment” (those are massive air quotes), it would be mortgages for the masses.

And coinkidinkily, that’s where the state-owned CBC division comes in. Their job is to soften people up by writing “news” articles about sad tales of woe resulting from dealings with private financial companies across Canada, making the case for a yummy new state-owned mortgage bank more palatable.

So to answer my own question, “private mortgage” is used to scare you with regard to the word “private.” All banks and credit unions and other mortgage lenders are “private,” whether they are owned by shareholders or credit union members. “Private” here must therefore mean “not state-owned” since there is no other kind.

The freelance graphic designer had a low credit score, bills to pay and a collections agency was after him. Tax returns show his annual income at the time was slightly more than $7,000, excluding savings.

I’m certainly not here to defend the lender. They in fact sound like evil bastards to me, and I’m glad the borrower has some pro-bono lawyers working for him now. The sad story speaks to a woeful lack of basic financial and consumer and life skills education being taught in those marvelous public, state-owned schools, which increasingly only teach good things with no agenda, on account of the fact they’re state-owned and all.

Load more
Previous articleAre you sure it was real news? Maybe it was actually a political ploy. Hard to tell in Canada.
Next articleSea levels will rise! By like a meter! (**In 3,830 years. Maybe. Assuming a million things happen.)