Are you sure it was real news? Maybe it was actually a political ploy. Hard to tell in Canada. 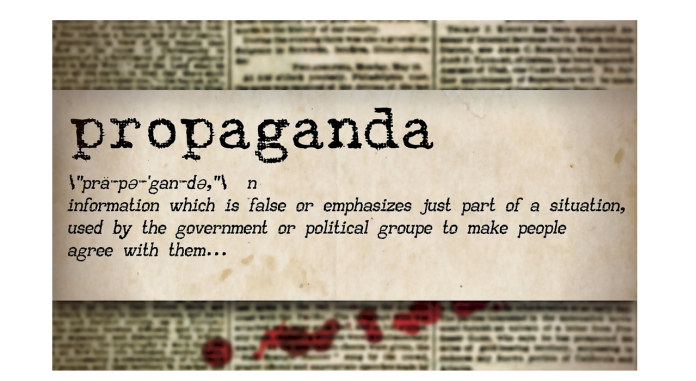 I don’t look at Facebook because I hate it more than liver, but I bet the sort of surreptitious political propaganda campaigns National Review is talking about regarding Facebook in the US is going on in Canada too, where the citizenry is even more compliant and easy to manipulate. Now, I’m only going by how Canadians have apparently so easily and unquestioningly and so fully accepted whatever progressive-left-biased material Canada’s “news” media serves up, in addition to the trendy woke stuff Canada’s “education” institutions have “taught” our youth over the past couple of decades, but I bet it’s true.

From the National Review (and note how they put “news” in quotes as I do. They should really stop copying me):

On the last Friday in February, thousands of Michigan residents who checked their Facebook feeds read the same headline: The U.S. economy was “supercharged,” they were told, as evidenced by the 6.6 million jobs the country had gained during Joe Biden’s first year as president.

The post was made by A Working Michigan, a community Facebook page that describes itself as the place “to find out the latest on jobs, finance and other issues affecting the economy in Michigan.” The post linked to a “news” story from the Main Street Sentinel, a website with a name that screams small-town news, but that is actually a left-wing propaganda site that serves up a heavy dose of Democratic spin and White House talking points.

I love this part where Facebook readers have actually cottoned on to the ruse, even while defenders of the propaganda run to the rescue of the narrative. It reminds me of how whenever anybody on Twitter says anything nasty or, you know, true about the Trudeau Liberals or the NDP, Twitter blue-checks like Gerald Butts and “news” reporters all chime in defensively — like school girls protecting one of their in-group members — with their pseudo insta-“fact checks” and whatnot.

Nearly 1,000 people commented on the Facebook post, and the vast majority didn’t buy the “supercharged” economy angle. One commenter called it “Lies, Lies and more propaganda.” Others called it “ridiculous” and an attempt at “brainwashing.” People going back to work after the Covid-19 shutdowns isn’t the same as creating a record number of new jobs, some wrote. One man asked who funded the Facebook page. “Was it Russia?” he asked. “DEFINITELY not Russia smarty pants,” an administrator for A Working Michigan replied.

But wasn’t that a good question about funding and Russia?

But the question about funding was a good one. A Working Michigan is not an organic local page created and run by some community-minded do-gooder. Instead, it is part of a network of social-media pages under the umbrella of Real Voices Media, a fledgling progressive firm that recruits and trains content creators to build social-media communities generally based around seemingly nonideological topics. Advertisers, including progressive media outfits, can then pay to have their content posted on these Trojan horse pages.

The operation bears a striking similarity to the Russian troll farms that flooded Facebook feeds with divisive content ahead of the 2016 presidential election. And it shows how some ideological actors are gearing up to influence the political climate ahead of the 2022 elections.

But this outright political propaganda — political ads, really — being disguised as “news” just reminds me of how the Candian “news” media operates all the time:

Some of us see it every day in Canada: it’s supposed to look like news and after all, it’s in a newspaper or a news site (or what the Trudeau Liberals have, in a not-at-all-scary or totalitarian, or authoritarian manner deemed to be “Qualified Canadian Journalism Organizations” —seriously!). But if you’re not high on pot, or not stupid, it reads like nothing short of crass political advertising. Sometimes they seem to have simply reprinted news releases from the office of Justin Trudeau. “Budget focuses on Housing Affordability.”  If that’s exactly what THEY, the Liberals said, grab a clue. That’s propaganda; that’s not a questioning, critical news story calling the budget-makers to account. But you know that.

And who pays for this political advertising in our case? That’s where we’re a little different. It’s you. You the taxpayer. The Trudeau Liberals, and their NDP shoe polishers too, then magically get all the wall-to-wall “good news” and critical-about-Conservative “news” stories you see every day. Or just in headlines —because these expert sleazeballs know just how stupid some people are…

Just having headlines championing Democrats popping up in people’s Facebook feeds is a win for the groups, Graham said. Most people will never click on the stories, which are often short, both in length and in substance. “If you’re a sophisticated person who’s trying to sell somebody in a subtle way, you’re going to say, ‘Yes, I’m going to get messaging done just with a social-media message and a link that nobody clicks on.’”

I read just the headlines all the time when I’m in a hurry. Of course, because I am one of those “smarty-pants” the nefarious Facebook group guy mentioned, as I’m skimming the headlines my mind is saying things like this: “Oh that’s bullshit, that’s TOTAL bullshit, that one’s nonsense, oh how ridiculous, a hideous lie, OK maybe that one’s true but I’ll read about it later in other sources to see for myself…). Tell me this headline trick isn’t what the National Review is on about in this one from today:

“Be careful what you sign: Ontario man fighting for home after private mortgage gone wrong”

That negative headline about the “private” mortgage lender (private as opposed to what?) was posted at the definitively non-private, state-owned CBC, which has a vested interest in warming you up to state-owned anything, and souring you on private business. Job done. Your money well spent.

Note: I wrote about that particular headline here in a separate post.