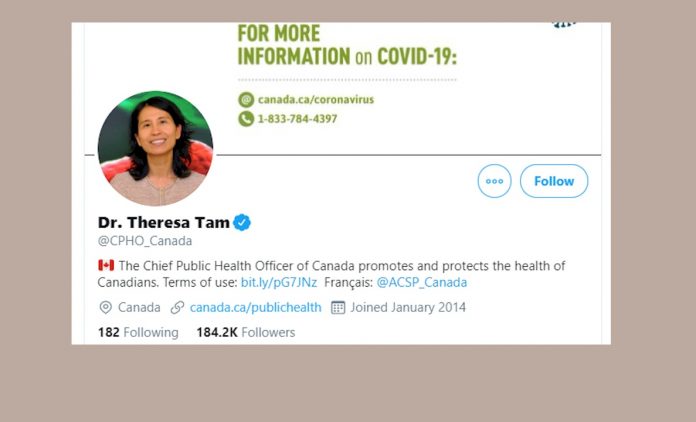 For weeks — well past January 31 when President Trump instituted America’s first restriction on travel between China and the U.S. and later Europe and everywhere else — Canadian politicians and health officials told us it was not scientifically effective to do any such thing. In fact as it concerned China, it was quite clearly branded by Trudeau and team as “racist” and “xenophobic.” Multiple news media commentators joined them in that “racism” trope. Thousands of people, including even illegal immigrants, continued to stream into Canada from all over.

Racism is bad. I’m against it. (Oh I suppose all those incapable of reason, and just yearning to shout “RACIST!!!” at the nearest cat, dog, or person, can also use that quote out of context, so why do I bother?)

On one hand I am concerned, but at least I can comprehend an extreme political partisan — a liberal’s Liberal — like Justin Trudeau harping about “racism” even if it was only to showboat and appeal to his “woke” base. But the other hand concerns me too. At around that same time, late January, Canada’s Chief Public Health Officer, Dr. Theresa Tam, who is, I’m sure, a very good Doctor and a fine Canadian, took to twitter and, despite her being a health officer rather than a politician, or being some sort of racism specialist, chose to warn us about “racism” too.

Dr. Tam produced a mini diatribe with a five-part Twitter lecture to Canadians — again, not about COVID-19 per se, not about precautionary Covid health advice, but about racism. She hashtagged all her tweets with #Coronavirus but also with the clearly politically tendentious hashtags #racism and #usvsthem and #discrimination. This, from the health expert. And at that particular time.

1/5 I am concerned about the growing number of reports of #racism and stigmatizing comments on social media directed to people of Chinese and Asian descent related to #2019nCOV #coronavirus. #EndStigma pic.twitter.com/xpueZTcNn9

4/5 We need to learn from our experience with #SARS, where South East Asians faced significant #racism and #discrimination. #2019nCoV #coronavirus

5/5 #Racism, #discrimination and stigmatizing language are unacceptable and very hurtful. These actions create a divide of #UsVsThem. #Canada is a country built on the deep-rooted values of respect, diversity and inclusion. #EndStigma #2019nCOV #coronavirus pic.twitter.com/qianvvIwgn

Her prime concern at that time: “racism,” “discrimination,” “stigmatizing,” and protecting the feelings of, well I’m not sure exactly: The Chinese in China? Certainly those in Canada who are of Asian heritage, I hope. I suppose you could argue that people’s feelings are in fact, and perhaps by way of her specific mandate, her concern as a health matter, if feelings are a health matter, but I’m going to have to go ahead and get some evidence and clarification of her precise role if that is the case. And then I’d like to review how that tangent helped stem the tide — or made worse — that which was about to become a global pandemic, wiping out scores of Canadian lives, ruining businesses, and ruining our economy for the foreseeable future. I’m sure Asians suffered too. While she was tweeting this long thread, Canadians were literally contracting COVID-19, as we would find out within days or even hours, thereafter.

Justin Trudeau, playing the full Opposite-Of-Trump role now played by all liberals in politics and news media, joined her in the racism jingo, and took selfies and other photos in early  February at a Chinese restaurant, insinuating that it was totally cool to do that, and that not doing that might in fact be considered to be “discrimination.” CBC’s headline: “PM warns against discrimination at Lunar New Year event as fears of coronavirus spread.” So CBC tacitly joined him in making these spurious claims.

So Justin Trudeau joined Tam were now both playing the race card. While Canadians were contracting the disease. Indeed, maybe they were because of these kind of encouragements.

For the media’s part, much of the the media went with editorials (and even “news” articles) with the likes of this one printed February 3 in an east coast paper: “EDITORIAL: Greatest danger from coronavirus may be virulent xenophobia.” There were many others as well. All equally dead wrong — with my emphasis on dead, as in dead Canadians.

For her part, after Trump’s border action, Trudeau’s Minister of Health Patty Hajdu said numerous times that the science dictated it was folly to do as Trump did with regard to borders. She said that right up until when, literally a day or two later, in March, the prime minister finally did exactly what Trump did (at least to some extent, which we later found to be ridiculously weak), claiming the science dictated such border closure action. Two days earlier: “We are certain that this is the right approach,” Hajdu said in a report in the Toronto Star. “Canada’s chief public health officer, Dr. Theresa Tam underlined the idea that closing borders is ineffective,” the Star report went on.

If the science dictated on that day, why didn’t it the day before? Well of course, it did. But they weren’t appealing to science. Yeah I know they said they were, but that was a lie.

Trump, racism and discrimination were the concerns-in-chief, amongst the liberal left. It almost always is. Prioritizing such a stupid and almost purely ideological “look at me!” position — which is what it is — can be destructive and dangerous at any time in history, but man oh man, look at how disastrous this “woke” idiocy has in fact — in scientific and statistical fact — turned out to be.

When asked if they’d do what Trump did and close the borders, it wasn’t purely “racism” or “science” that led them in their answers. It was in fact “Trump.” If Trump closed the borders, they would not. If Trump said white, they’d say black. Opposite-Trump is as important to them — and their political base — as “racism” and “gender equality,” and all the other junk bromides and tropes. The common thread in this disease is “wokeness.” Well that and “idiocy.”

What else is at play? I imagine the Liberals also took internal polls. Certainly there were polls in the U.S., and they showed that Americans liked Trump’s method of dealing with the crisis, by a 53% margin in one poll taken shortly after those actions were established. Trudeau’s polls were being affected, so he and his whole team of scientists and “evidence-based” and “data and facts” “experts” all, in unison, totally changed their entire tune. Science is amazing! So flexible!

Liberals should be held to account for this. But nobody should pay more than the Chinese Communists. Aside from the virus itself, those politicians are the “root cause” — a term Justin Trudeau used once, as he pretended to care about searching for the motivation of Islamist terrorists (a term, like Communist China, that he cannot utter when actually naming those responsible for our troubles). They are the root cause of a massive, historic global meltdown on many levels. And they should pay until we all are compensated, however long that takes. Racism my butt.

Previous articleBREAKING: Killer did not adhere to gun laws, murder laws, or any laws.
Next article“Don’t Bother Reading” Turns Into Good Read