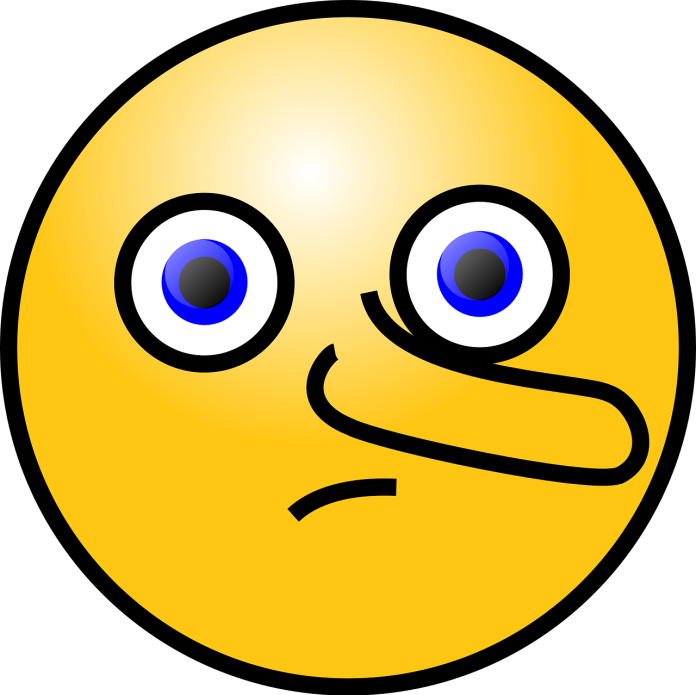 Biden’s popular approval levels have progressively been hitting progressive lows, progressively encroaching into historic low territory. It has to do with him being a such a progressive progressive, even though he pretended he was a moderate. Also he has been a failure at “ending Covid,” which he proclaimed he could do on account of him being so smart and Not-Trump™, but his fail record so far already includes more Americans dying under his watch than Trump had under his, despite Biden being blessed with the vaccines and other new drugs. And so, ineptitude aside, moreover, it’s Biden’s lies. Lies, more lies, and progressively more and more lies. And his divisiveness. His hatred toward those who don’t literally bow to his specious progressive dogma. He’s awful. Most people agree. 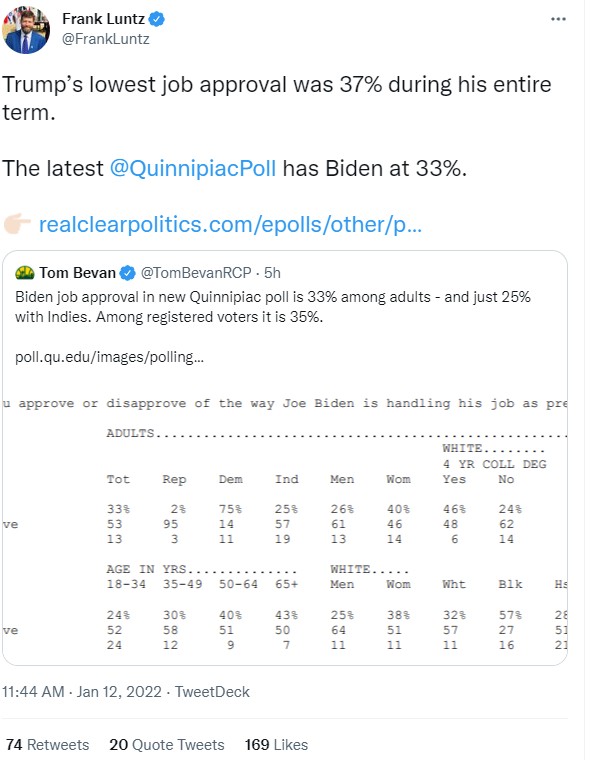 BOOSTER SHOT:
“Our” Ann Coulter started out as a Trump supporter, but like many of us, she was a tad bit put off by his lies. 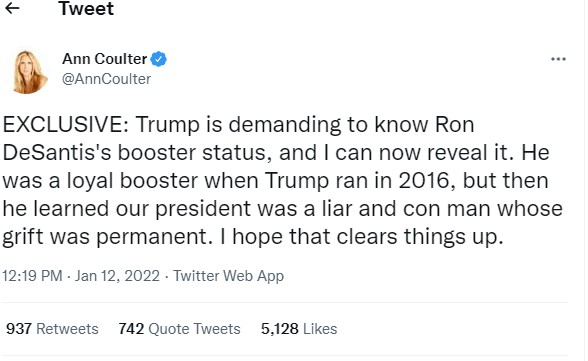 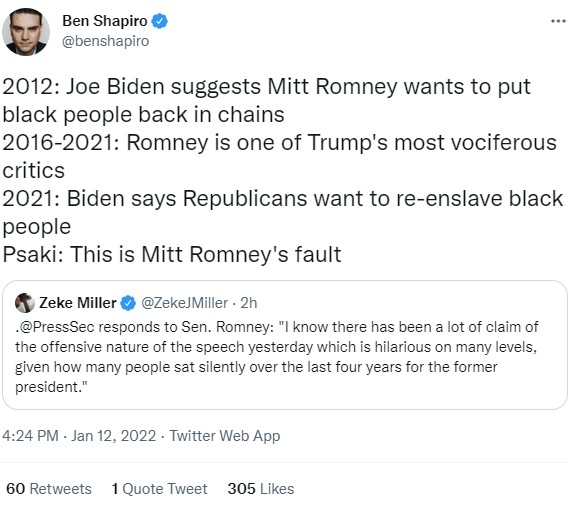 THIRD BOOSTER(!!)
Small-C Conservative Premier of Saskatchewan, Scott Moe, is Canada’s Ron DeSantis? Wow! There are now only a few differences between Florida and Saskatchewan: (1) Florida is a tax-free state and is rich, (2) Florida is not a veritable iceberg for any part of the year,  (3) Hispanics, and (4) Nearly everything else is different too. 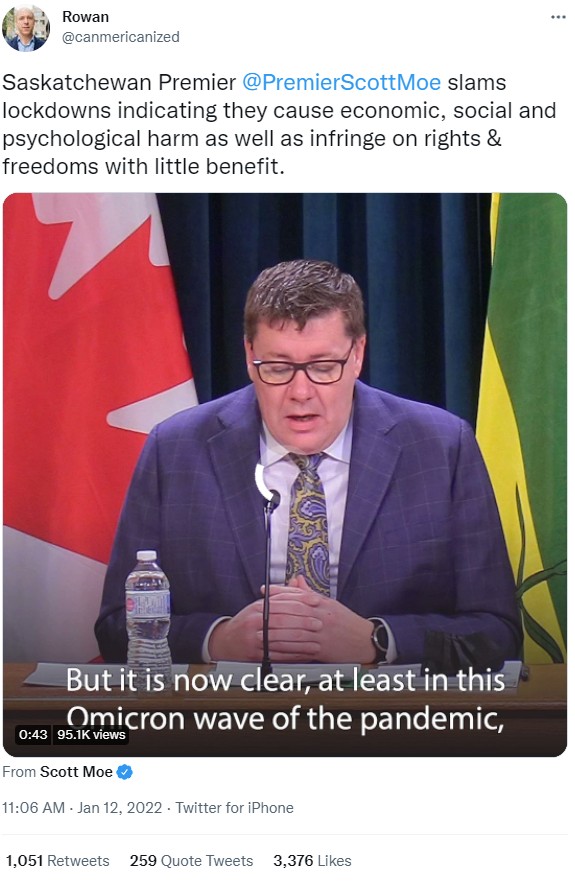 Previous articleLogic and consistency should be a tax deduction
Next articleTrudeau: unvaxed are “racists and misogynists.” StatsCan: “Unvaxed are Blacks, Latinos, Metis, and Arabs”