Trudeau the Rude and Dismissive Jerk 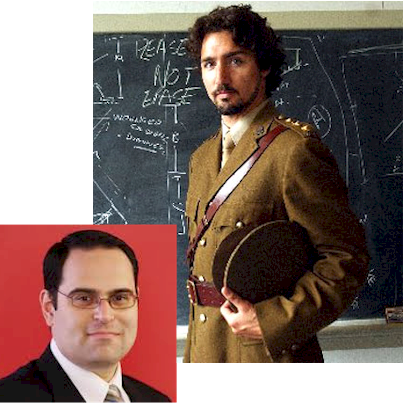 Some time after taking a dump on the nation the other day with his rash announcement declaring that Liberal Senators are no longer Liberal (restrain your laughter), one of the top newsmen in the business, 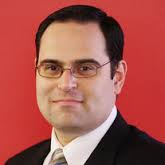 Daniel Proussalidis, tried to get some remarks from Liberal leader Justin Trudeau. That’s his job. And by the way, it’s also Justin Trudeau’s job to respond to the media, particularly after making a bombshell announcement that he hopes and thinks will fundamentally change Canada.

We the taxpayer actually pay Justin Trudeau to do just that.

You’d think Trudeau would jump on the chance to get in front of a microphone and TV camera to try once again to explain this sudden, grand new vision, to the nation he hopes to lead.  You know, to do his job.  After all, his

rash pronouncement and actions taken on one of Canada’s governmental institutions bears explaining to the citizenry. And not to flog a dead horse, but he’s a politician, so yummy TV face time! You’d think.

One “problem”: Daniel Proussalidis is from Sun News Network. Sun News is about the only major news organization in Canada that dares to question all politicians, including the socialists of the NDP and Liberals on their blunders and gaffes and, as in this case, their ill-thought-out grand visions and impetuous actions  —  and then report their findings to you all. That’s a “problem,” you see, only for leftists.

So Trudeau summarily dismisses Daniel Proussalidis. Ignores him. Pretends he isn’t even there. Worse, actually. He blows him off.

It’s not as if Daniel Proussalidis was rude or obnoxious. He was doing his job. And he certainly had a right to be there, as Trudeau was actually in a media building owned by the parent company of Sun News, Quebecor Media. But Trudeau doesn’t say “sorry, Daniel, I’d love to chat but I’ve got an appointment I must get to very very quickly” (hopefully not another high-paying private speaking engagement), “and I can’t stop to talk now but I’ll catch up with you later.” No, he just kind of blows him off and arrogantly marches past him like Proussalidis is a non-human. Humiliates him.

And it’s not as if this is the only instance of this. Watch this encounter with another Sun News reporter asking about Trudeau’s apparent support of an Islamic terrorism-linked organization:

What kind of person does this? A nice person? A decent person? A human?

What politician, who expects us to elect him as our nation’s leader, dismisses any citizen in quite that manner?

And what’s more, what kind of news media utterly ignores a story like this  —   a story which speaks to the very character of a party leader; a story which points to a major character flaw?  Imagine if the subject were Stephen Harper. Well we don’t even have to imagine. Harper wears the wrong sweater and the liberal media are all over it as if the sweater were knitted by an Islamic terrorism-linked organization, or Pamela Wallin.

It is a newsworthy story that Justin Trudeau doesn’t believe in a free media  —  only those which are in his thralldom, like the state-owned CBC, CTV, Global, Toronto Star, Globe and Mail, National Post, Ottawa Citizen, Vancouver Sun, and most of the liberal mainstream media. And this massive character flaw is a newsworthy story.

I mostly feel bad that while trying to get some comments, Daniel Proussalidis called Justin Trudeau “sir.”  It should be exactly the other way around.

Previous articleBiggest Canadian news item of the week: privatize the state-owned CBC, say Canadians!
Next articleCanada’s Complicity in the US Surveillance State