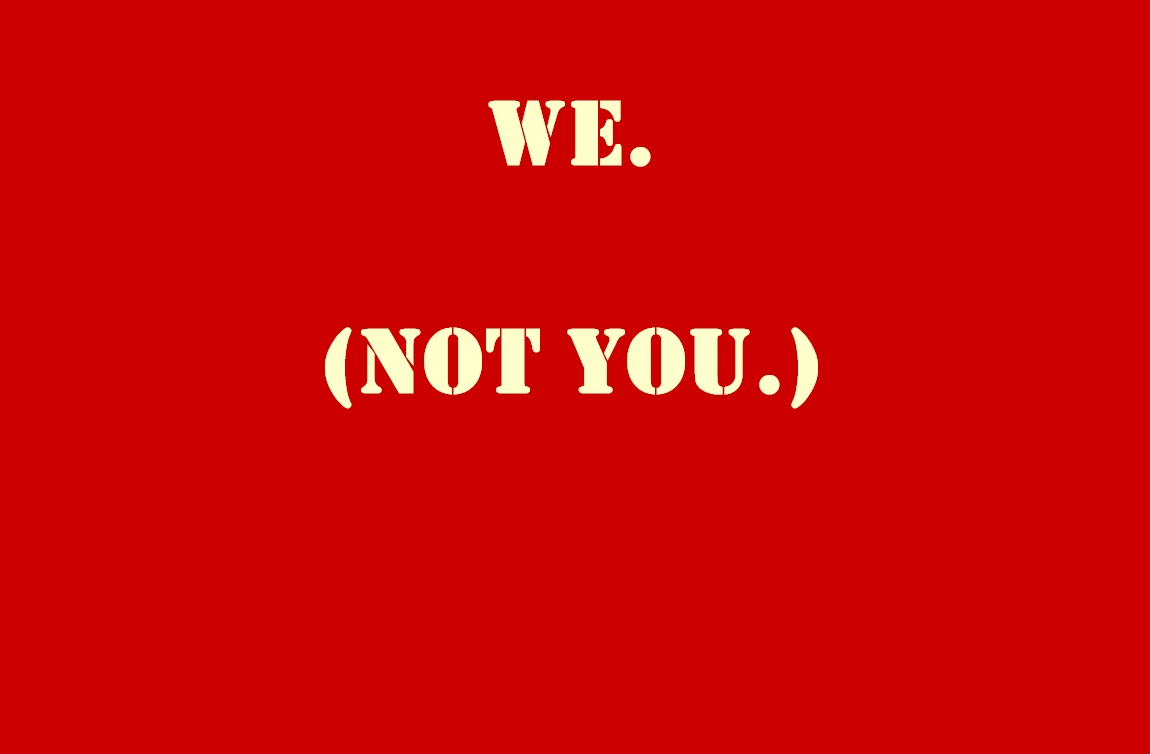 Yesterday, the headlines were all (excitedly!) about how their Justin Trudeau escaped being charged with yet another violation. Because, you know, how embarrassing for them all (him, the Liberals, his news media…) it would have been.

The conflict of interest investigation into the WE charity scandal, the latest Liberal scandal investigation, which was initiated after and only after much public outcry, has determined that while Trudeau’s Finance Minister Bill Morneau (and so, to my reading, “the Liberal government”) was in a clear breach of the law, Trudeau himself was not. Headlines yesterday were the likes of, “PM Trudeau cleared, but Morneau broke ethics law over WE Charity contract” (that was Trudeau’s liberalvision CTV division,) and “Ethics commissioner clears Justin Trudeau of conflict of interest in WE Charity scandal” (his Toronto Star division).

Today, some headlines (like at his Globe and Mail division) are hedging a little. Seems they didn’t really read the report carefully yesterday, so excited were they that their Justin Trudeau would not face legal prosecution. Today it’s “Trudeau in apparent conflict on WE but not a formal ethics breach, commissioner finds, Morneau’s actions declared a clear violation” (my bolding).

So, apparently, the story is that the old credo we all learned (like when the Conservatives were in power), which was that you can’t ever be seen to be in even an apparent conflict of interest or else you face firing, resignation, or criminal justice, is all just so yesterday now. It’s the Trudeau and Liberal era! The rules are different, guys! So says the Commissioner as reported in the Globe today after a sober reading of his report.

Mr. Dion’s report on the Prime Minister found that Mr. Trudeau’s involvement in awarding the contract to WE Charity gave “rise to a strong appearance of conflict between the Trudeau family’s relationship with WE and Mr. Trudeau’s duty to make decisions that best serve the public interest.”

But he ruled that is not covered by the law. He said that while the ethics code governing members of Parliament says they must avoid real or apparent conflicts of interest in their duties, the Conflict of Interest Act for public office holders has a narrower definition that doesn’t include appearance of conflict.

How convenient for that lawmaker, Justin Trudeau. No wonder they called it WE.

Here’s the better reading of the thing, from someone who is an actual expert at this stuff (why wasn’t he hired instead of another government insider yet again?), also reported in the Globe and Mail:

“Any impartial person reading the Commissioner’s Report would recognize that Prime Minister Trudeau was guilty of a clear-cut conflict of interest in the WE affair. His conflict of interest was a real and not simply an ‘apparent’ conflict,’ ” said Arthur Schafer, the founding director of the Centre for Professional and Applied Ethics at the University of Manitoba.

The literal implication here is that most liberals, including their news media division, and in fact the Commissioner himself, have not engaged in an impartial reading of the Commissioner’s report. And that if they did, the news would look substantially different for them all today.

I tend to agree. But I would like to know if the Commissioner investigated and seriously considered in an impartial way, the fact that the WE charity was obviously and evidentially in a direct “business” and beneficial relationship with not just the Trudeau family (which, we should always, always remember, accepted payment money FROM A CHARITY in spite of their inherited riches), but also possibly with the Trudeau Liberals — the Party itself — and therefore (if so), how that might have benefitted Justin Trudeau personally, politically. So, a conflict but very sneaky and carefully crafted one, through the back door, like they might do in a Russian spy movie or a Mafia-type movie. Or like in the Liberal Sponsorship Scandal.

We have seen how various trust-fund Trudeaus worked for WE at their rallies and such (for money!), and thus helped establish the Trudeau (political) “brand” (and believe me, “branding” the Trudeau name is what it’s all about, particularly for a guy like Justin Trudeau who by necessity has to be all about image and looks and appearances and building that cult of personality that he has so successfully built). And how Justin Trudeau’s PR events and go-to celebration following his election for example, have been WE rallies, at which they all celebrate together, and stoke-up the kids and their parents and the inevitable TV audience (like leaders of some kind of weird cult —but at least they generated lots of cool-looking news media footage!). I can only assume, since these things take a lot of coordinated organization, that they were jointly organized by the Trudeau clan, the Liberal Party, and the WE folks, and possibly even news media organizations, working together, for each other’s benefit, whatever that may be to each party within that royal “we.”

I could be wrong of course, but I think this is how it works in the disgusting, immoral and unethical dirty back rooms of politics today. And nobody should be quite so naïve about their perfidy.