This website and its founder stand for Israel and its people, against Islamic Jihad and Hamas terrorists 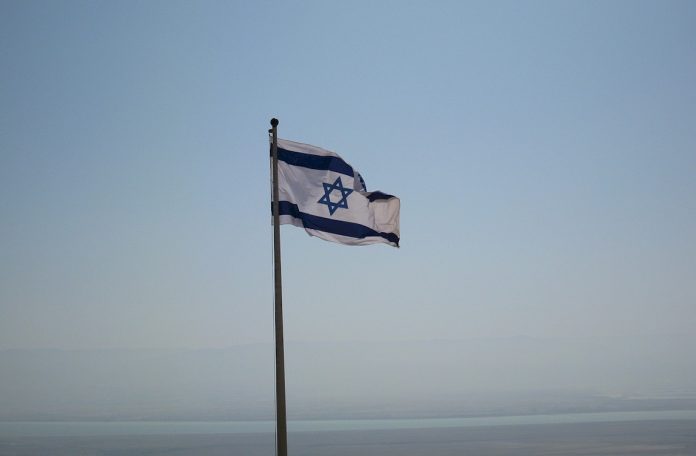 You should not believe the lies being told by leftist Democrats, and in Canada by the liars in the NDP and by assorted lying Liberals. Or by news media hacks. To be fair to all of them, they may very well be simple, or ignorant, or uneducated, or, as such, they have allowed themselves to become fully brainwashed by idiots on Twitter. And so just as a bum relies on the state for survival, they are forced to rely on others to tell them how to think.

Unfortunately, they rely — by necessity because there is virtually no diversity of ideological views available to them from the only places they know —on those who can themselves often be simple, ignorant, uneducated, or outright lying. Sources such as the state-owned CBC and its “expert” guests, their Twitter mob, their beloved Facebook, CNN when AOC is once again being praised by a panel of eight like-minded “experts” as a guiding light on all policy matters, or the likes of the leftist brain trusts the socialist Canadian Centre for Policy Alternatives. The worst sources of information they could possibly appeal to. Their sources of information are often those who are willing to lie to advance their politics, come what may. Then again, they have little to choose from as I said.

So, sadly, politicians or “news” “reporters” are forced to rely on unreliable others to tell them how to think; but then, their particular psychosis also compels them to tell you how to think, as well. I cannot explain this compulsion. But they truly believe everybody other than them is stupid. We see that everyday. Think of the hundreds of times Justin Trudeau has told you to “wash your hands” in the midst of our health crisis —advice which is then reported as genius gospel in the media as if it’s sage advice and we’re all completely stupid. That’s not a “lie,” necessarily, in this case, but shows you the compulsion he just cannot contain, to teach you something which only a complete idiot or five-year-old would not know. But by advancing the even more pernicious lies to you, these people are obviously also counselling you to think wrongly. To believe the lies they were themselves told. To be willingly gaslighted — like they were. Brainwashed —just like them. To be stupid.

It’s literally a cancer on society, this psychotic circle of bullshittery. It extends to all facets of our society — economics, our social cohesion, the news media is replete with it, the random timing of our federal and provincial elections is increasingly dubious at best or even utterly nefarious and borderline tyrannical, our academic institutions, entertainment media, all social media, public policy debates are built on piles of lies, and much else, as, for example, stories about Israel.

Since the day this web site started, I have stood for Israel against the Islamic terrorists whose evil goal is — quite literally, as in written form — to kill all Jews and to “cancel” — to use the left’s current vernacular — the state of Israel, by (and they’re quite specific about this) the use of war and violence. Their credo — the credo of this particular Muslim sect — is based on the worst form of racism, pure unadulterated hatred, the love of war and violence, lies and the promulgation of lies, the pursuit of raw power for evil ends, and of course the accumulation of unearned wealth for the leadership, because all evil people have that as a goal.

…Why is all this happening?

Let’s leave aside the terrifying Arab-Jewish violence roiling cities and towns inside Israel’s borders, a topic worthy of its own column, which I’m in the process of commissioning.

The big-picture reason this is happening — and has been happening for decades — is that Hamas and Islamic Jihad are genocidal terrorist organizations that want to wipe Israel, a country the size of New Jersey that contains the largest Jewish community on Earth, off the map. That is their reason for being. It has become quite tedious to have to point this out, but if you read about the “militants,” as they are described in The New York Times and elsewhere, you realize there is no other option.

Take five minutes and read Hamas’s charter. It insists that “There is no solution for the Palestinian question except through Jihad” and that “there is no way out except by concentrating all powers and energies to face this Nazi, vicious Tatar invasion.”

If you can’t stomach the whole thing —  there is a part about how the Jews were behind the French Revolution, the Communist revolution and control the media — watch this clip from last week of a senior Hamas official asking Palestinians to go out and buy five-shekel knives to chop off Jewish heads:

The goal here is the eradication of the Jewish people. That is the bone-chilling truth. That is the core obstacle to peace. Anyone who insists that the ongoing rocket barrage is about a particular Israeli government policy must be made to answer for this. …

I like that last sentence. And I’m here to tell you that I won’t settle for anything less than their “answer[ing] for this.” And by “their,” I mean the Canadian news media and political leftist hacks who spew these lies, thereby literally wrecking the world we live in. I will continue to call them out, and so should you.

Weiss goes on to explain that this lie about Islamic Jihad and Hamas being merely noble and innocent defenders of their rightful homeland (etc), and Jews and Israel being evil aggressive colonizers invoking an “apartheid” (their latest buzzword and deception) — is all a part of what she calls The Narrative (™). It is an easy sell to the leftists of the news media and in politics (as she points out, and she would know). Particularly the weak-minded, the ignorant, and the easily lied-to; but also to those who wish to drive a political agenda no matter the means, no matter the consequences. And there are plenty of those. You see them on TV all the time. You hear what they say — lies — constantly, to no refutation or debate from the news show anchor interviewing them, nor from those “opponents” sitting right beside them. You know them by name. And their party.

As my friend Matti Friedman — to my mind the best Israeli writer of his generation — just wrote in a brilliant column in Tablet:

In the spirit of 2021, exciting video clips are ripped from their context here and injected into ideological circulatory systems to prove whatever needs to be proved. Explosions in the Al-Aqsa Mosque could mean that Israeli police are firing tear gas inside, desecrating the holy site, or that Muslim rioters are shooting off the stores of fireworks they hoarded inside to use against the police, desecrating the holy site. An Israeli driver hitting a Palestinian man near Lions’ Gate on Monday might be attempted murder, or a driver losing control of his car while escaping Palestinians who were trying to kill him. A video of Israelis dancing at the Western Wall as a fire burns on the Temple Mount is evidence of satanic intent, or of the coincidence that the annual Jerusalem Day celebrations at the wall were going on at the same time that one of the firecrackers set off by Palestinian rioters ignited a tree in the mosque compound above.

The subtleties seem beside the point when the villains and the heroes are so clear. The condemnations of Israel are pouring in from the strange coalition that gathers with increasing frequency for this purpose: the Turkish authoritarian Recep Tayyip Erdoğan and Massachusetts Sen. Elizabeth Warren, both of whom used the word “abhorrent” in their tweets, the dictator of Chechnya, the Saudis, the Iranians, New York Rep. Alexandria Ocasio-Cortez. It’s hard to follow whether Israel is supposedly attacking Islam or attacking liberalism; in Israel’s case, the two seem to be oddly interchangeable. When some Westerners see dozens of green Hamas flags in the Al-Aqsa Mosque, they seem to perceive a civil rights protest, and when a Hamas leader calls on his people to buy “five-shekel knives” to cut off Jewish heads, demonstrating with his finger exactly how this should be done, some hear a call for social justice that Israelis should try to accommodate.

It helps that plenty of Western activists, including many who identify as journalists, have spent the past decade or so rebranding this conflict to suit the ideological fantasy world in which they operate. That fantasy world has only expanded in detail and reach with the triumph of social media, which marries elite prejudices with activist fervor and the passion of the mob. Hamas rockets are no longer being fired at Israeli civilians, as they were 20 years ago. Now they’re being fired at “Israeli apartheid.”

Count this latest threat to Israel and the lies being reported about it among the things I’m increasingly fed up with. And I think you are too. It’s time for both right-thinking, and in our case (because Bari Weiss is most assuredly not a Righty!), Right-thinking people to stand up and fight back. Take a stand. Don’t think this is just about Israel, as if that weren’t enough. There’s everything to lose.

Previous articleMovie idea: Canada-based Chinese “scientists” fired after sending viruses to Wuhan China virus lab but we don’t know why, or something
Next articleTrudeau: saved by the law. His law.