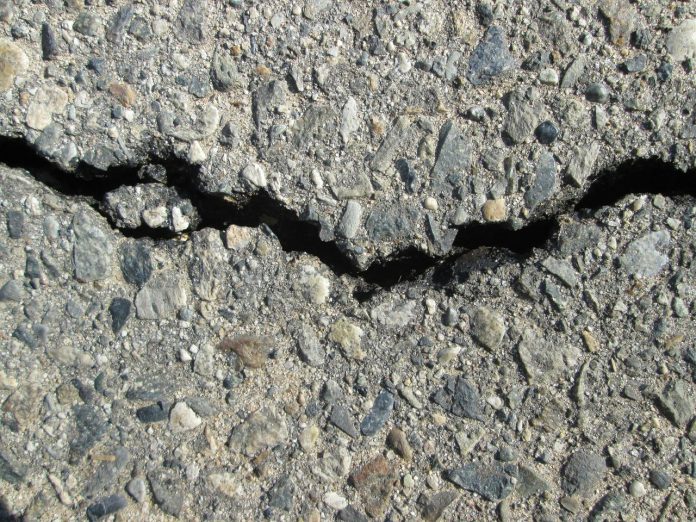 Unbelievable. And yet so totally believable and expected. Your Canadian government in action. Many of you voted for this, and exactly this type of thing. A quarter of a BILLION taxpayer dollars in the midst of a huge inflationary spike and a looming recession with people only barely just getting over the various governments’ two-year “Covid” lockdowns and the personal and family economic ruin they caused. To say nothing of the Trudeau Liberal government raising our national debt to over a TRILLION dollars. To be spent on what? A project designed only — ONLY — to keep these self-anointed elites warm and cozy on those cold winter nights. The rest of you: screw you all and wear an extra coat (just don’t turn up the heat when you get home after slogging through the snow).

This tweet followed by the ones I pooped out below it, is like a study in being drunk versus sober. Or what it’s like to vote for a left-wing political party. 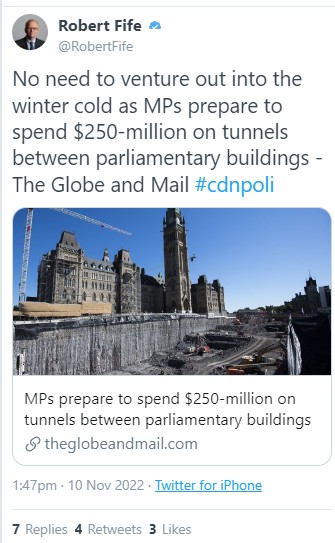 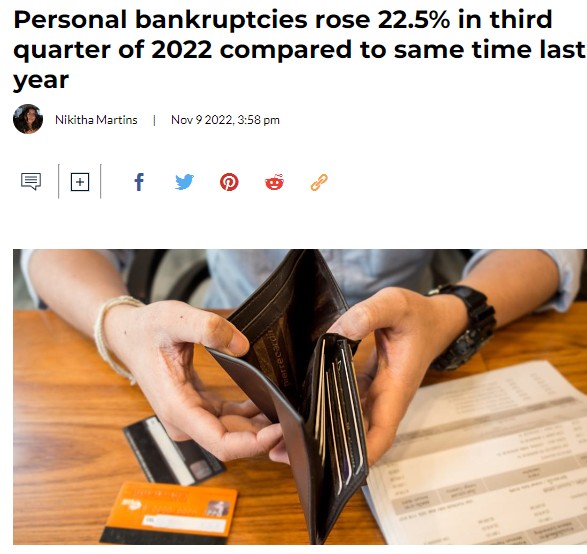 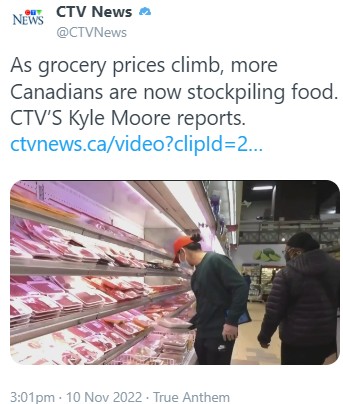 (If you followed the Canadian Gov’t VIP Tracker in Twitter you’d see this sort of useless — I assure you — government flying about the country and beyond in government jets all day, every day, many times per day, until you just have to shake your head in utter amazement at their hypocrisy and disgraceful largesse.)

The Democrats’ New York Times division is being dishonest again. This is my shock face.  They only mention their nemesis Rupert Murdock and his Fox News Channel and NY Post, but most every conservative-tolerant news outlet has done the same; and not just today, as the NYT knows only too well. There has been, I’d say, a majority of conservative or conservative-tolerant news or commentary outlets that have severely questioned Trump since he first announced his candidacy, but certainly since 2020/2021. The NYT hates competition from ANY outlet that tolerates conservatives, but mostly Fox and the NY Post, so hit on them, and no other, they will. It’s a targeted attack. They’re not emotionally involved in this at all! They’re objective! Except of course that the NYT has been literally instructing the electorate for weeks that a vote for Republicans is a vote to end democracy, to literally lose all your rights, and to ruin America writ large. And virtually every opinion piece in their paper today (and really throughout the entire time since 2016) is similarly anti-Republican or pro-Democrat. Like this and this from today alone. Anyway here’s the bait: 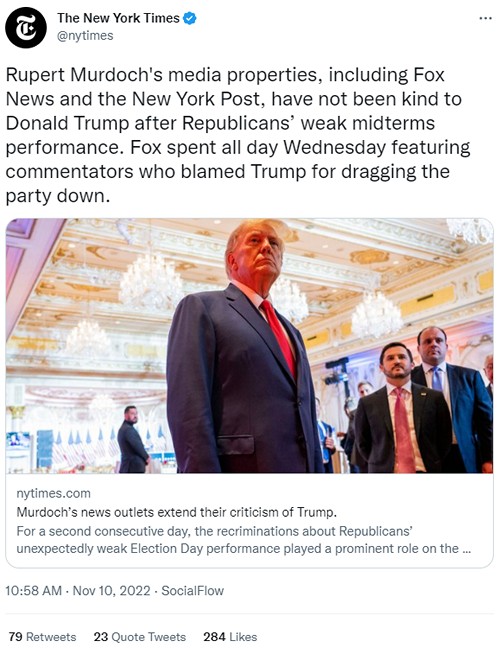 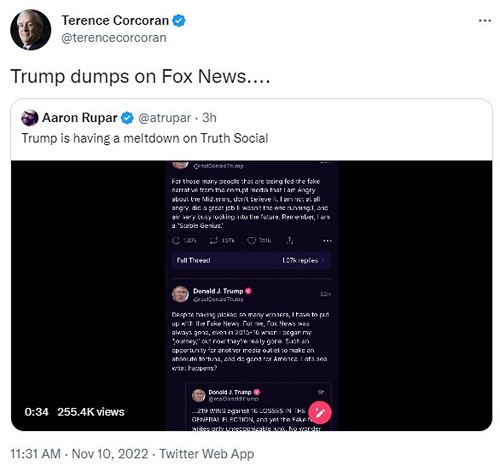 …which really just made me laugh out loud (and it did Terrance Corcoran too, I’ll bet).