Home America The “news” media is so dumb, they think you’re dumb 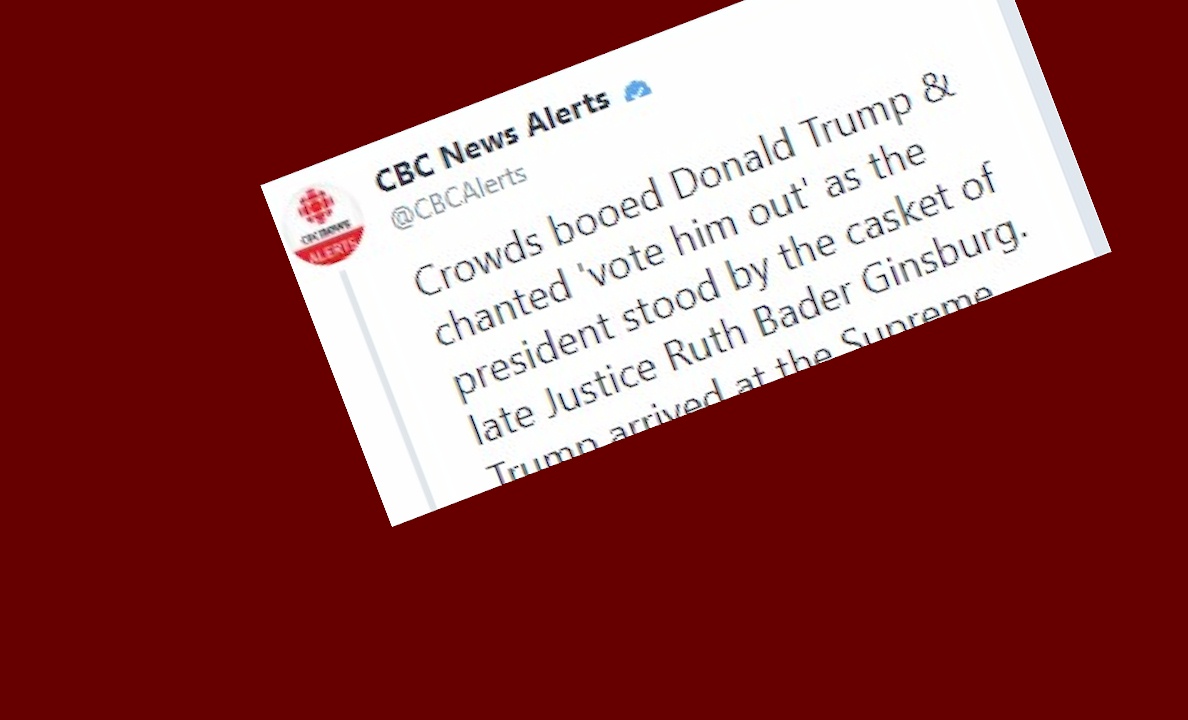 I mentioned this on Twitter this morning, but then kept seeing it over and over, all over the various other establishment “news” (—wink!) media, in their (now usual) complete and amazing herd-like unison: 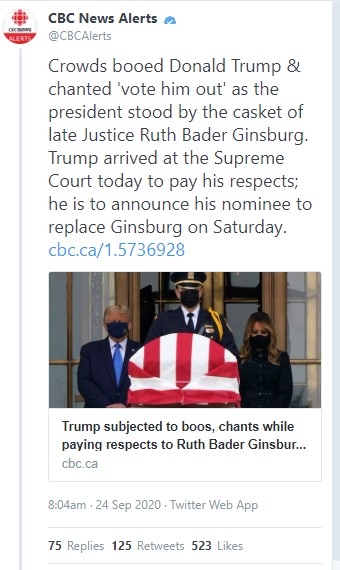 As I said, “I think state-owned CBC actually sees this as another box-check in the yummy anti-Trump column and helps further boost their anti-Trump narrative. Actually it’s an indictment of the left and how it can be so utterly classless and disgraceful and militant in the face of tragedy.”

I’ve now had the time to fact-check what I said and the result: true. I also read the CBC’s accompanying “news” article. Verdict: one of the most convoluted, defensive (for Democrats and leftists), offensive (for everyone else), stupidly-written articles I’ve read in over a week. And that’s saying a lot. (It was an Associated Press article that CBC bought with your cash.)

The Globe and Mail is equally as stupid or naïve or blinkered by their obsessive anti-Trump fetish in featuring the big, huge, “anti-Trump” “news” (—wink!) story with this stupid, tendentious headline on their web page:

As best I can tell, since it’s got many of the exact same lines, it’s actually the same bought and paid-for Ass Press story the state-owned CBC used (the Globe and Mail can’t afford their own reports even as it now also gets Canadian taxpayer support? Huh.). But theirs has some parts added, and some taken out, for some scientific reason having nothing to do with editorializing, but everything to do with good, objective journalism. For example the Globe included this sentence, “Trump has called Ginsburg an “amazing woman,”” The CBC omitted that sentence. They didn’t want you to know he said that.

Again: They didn’t want you to know he said that.

But as I’ve said, it’s not the anti-Trump story or anti-Trump rallying cry that the whole of the “news” media idiot industrial complex think it is anyway. It actually tells us — the readers of the Globe and Mail, CBC, et al — more about the childish, un-self-aware, immature, and really rather mindless and heartless insensitivity and intolerance of the leftist idiots who booed (and jeered!) the president and his wife as they paid their respects to the deceased Ginsburg, than it does about Trump; and more about the Globe and Mail, CBC, et al, than about Donald and Melania Trump’s popularity.  It’s a boomerang that way. Pissing into the wind. Right back atcha.

The far-left Toronto Star division of the liberal-left did the same, as if I had to tell you:

I’m pretty sure Donald Trump “weren’t impressed” by the leftist activist judge Ruth Bader Ginsburg either. They were at opposite ends of the political spectrum, as Ginsburg infamously made more clear than she should have, given her role. But in contrast to the leftist “booers”, including those in the media, Trump displayed his respects and courtesy toward her anyway, and he respected the traditions of the office of the presidency by doing the customary, honorable, “presidential,” and, by God, the human, thing. Which is far more than the shouters and media can claim. They paid no respect. No humanity. No traditional grace. They can’t even give him respect for paying respect! That’s how twisted they are. That’s what happens when a fetish overcomes your sense of decency and, in the case of the media, also your professionalism.

Their shouts of “Honour her wish! Honour her wish!” (although they probably yelled it without the pseudo-Canadian U in “honour”), betrays a lack of even a basic knowledge American government 101. And it shows a total lack of knowledge or a blithe disregard for the U.S. Constitution — which they pretend to revere but obviously don’t, in favor of a higher regard for mindless, partisan, divisive, left-wing politics.

At best, it reveals a mind-numbingly naïve, immature, weirdly quixotic reverence for any justice’s “dying wishes,” as purportedly given to Ginsburg’s granddaughter one day, pertaining to her successor. Though possibly poignant, “dying wishes” pertaining to a Justice’s own successor, given to one’s granddaughter — or anyone else — mean utterly nothing in law, historic tradition, Senate rules, politics, the Constitution of the U.S., logic, reason, science, morals, ethics, politeness, common sense, nor anything else on Earth.

That didn’t stop the Star’s ace reporter, Edward Keenan, their Washington Bureau Chief no less, whose article reads like a DNC fund-raising letter, from writing this embarrassing nonsense (and the Toronto Star printing it): “President Donald Trump, who has vowed to appoint a conservative justice to fill Ginsburg’s seat before this fall’s election — in defiance of her dying wish…”.

My God man. “In defiance of her dying wish”? Get a grip. Get some objectivity. See someone about that fetish. Read a book. Because apparently, you and your editors and all of your cohorts are not nearly as smart as you think you are. And moreover, and this is really the point, we’re not as stupid as you think we are. 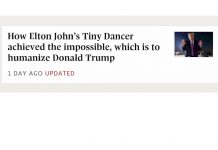