The End Is Nigh! (It’ll either be climate change or the Republicans winning elections.) 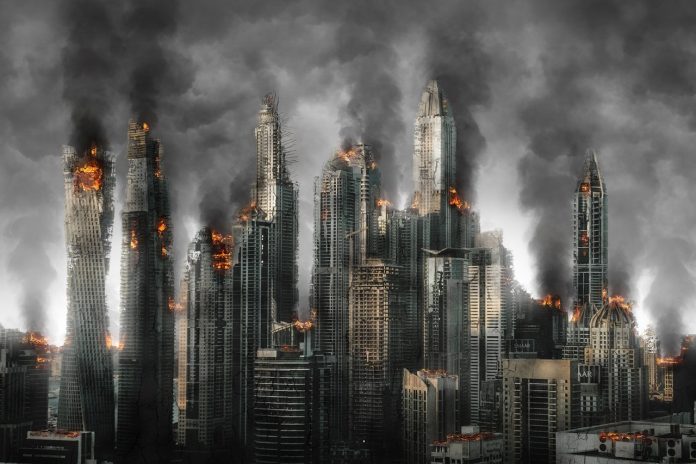 There’s so much nonsense being bandied about lately — like the liberal Democrat presidential historian Michael Beschloss claiming, on MSNBC, that if the Republicans win any elections today, children may henceforth “Will Be Arrested and Conceivably Killed” — that I thought it was the Babylon Bee tweeting this out. (Of course I then remembered BB were banned by Twitter (pre-Musk-ownership) so it couldn’t be them!) A joke, I thought. A parody.  Sarcasm. But no, this is “news” media today in Canada folks! This, from liberalvision CTV today, tweeted on a very timely basis and purely coincidentally while the big fancy global climate summit is happening in Egypt (for some reason), where politicians flew this week (for some reason not using Zoom) to enjoy their caviar on their big jets and be driven around in Cadillacs and Lincolns and Range Rovers to various luncheons, possibly staying in $6000-per-night butler’ed suites: 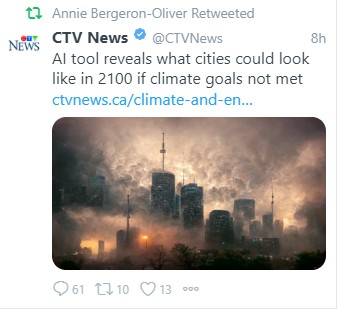 If you want actual humor, read the replies to this idiotic tweet and “news” report. Virtually everybody sees it the same as I do: hideous.

The Liberals’ CTV division has really bought it hook, line, and sinker. Back in the day, news media would be, you know, “skeptical” about big government or any supposed “authority” like the United Nations making dubious and really, hilarious pronouncements like this — complete with the Photoshopped Armaggedon graphic which is literally designed to freak you, citizen, the F out. They would question the crap out of it, and be dubious. You know, like when a conservative guy or gal says, well anything at all whatsoever, like, say, “hello.”

I think they’re going to need some new “A.I.” tools. Also, some perspective. And balance in their lives — and moreover, in their factual news reporting. (There’s a good adage here: “there are no facts in the future.” Also, there are ten thousand other good bits of journalistic advice on offer which they could benefit from.)

Not only tweeted out by “CTV News,” but then gratuitously retweeted for emphasis by an objective reporter — not a climate or science or even weather reporter, a political reporter (Annie Bergeron-Oliver is liberalvision CTV’s Parliamentary Reporter) — who didn’t even write the story! It was written by someone called Rythm. Rhythm Sachdeva. When it comes to toeing the liberal-left propaganda line, they aren’t skipping a beat here.