Reports: POLITICAL LEADERS directed police to do background checks on innocent Canadians. Why? 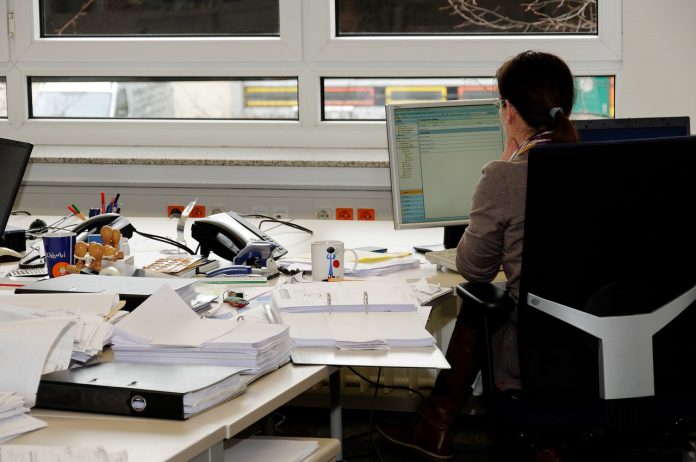 Unlike the Freedom Convoy itself, which was mostly a nothing burger from start to finish, the political and media machinations being revealed at the committee looking into the declaration of the Emergency Act started bad for the liberals and fellow leftists, and it’s getting worse.

The National Post reports today that the head of the Ontario Provincial Police intelligence bureau, Superintendent Pat Morris, testified in front of the Public Order Emergency Commission and said that “at no point during the protests did he receive reliable intelligence that led to believe there was a risk that would rise to the level of a potential threat to national security.”

That’s the latest in a now fairly common thread, after days of testimony. See what I mean? Considering how the Trudeau Liberals — working in concert with the national “news” media — handled it (which was what evolutionary biologists describe as “abysmally” and “like it was a police state”), it’s not going to get better for them.

And after the way most of the legacy “news” media “reported” on it, it must be really hard for some “news” media reporters (the NatPo gets a huge pass here for their fair —heterodox — reporting on the whole affair) to have to now report on factual testimony being given into the affair. Because it’s almost all pointing in one direction: that the handling of it — from politicians and the media alike — was abysmal. And “like it was a police state,” to use my own words fairly and in perfect context.

To me though, this next, new revelation is where it gets really, well, even worse. It’s even more concerning than even the other alarming revelations: and even the state-owned CBC is having to report the likes of this, which is delicious (my highlighting and bolding):

The head of the Ontario Provincial Police intelligence bureau said he had “professional and ethical” concerns about requests he was getting from police and political leaders for background checks on participants in last winter’s convoy protest who had not engaged in illegal activity. …

What? I have questions.

“And political leaders?”  And “not engaged in illegal activity?” Political leaders requiring the Ontario state police to run background checks on innocent citizens? Political leaders doing that?! (I keep hoping if I rewrite it I’ll figure out the rationale or the logical explanation, or something. But no. I do seem to be getting this right!) What were politicians going to do with the information the police dug up on individuals?

Is this not plainly illegal if not at least an abhorrent ethical breach of the very worst kind? Is this not cause for alarm in a democratic, free country? Is this not the stuff of police states and dictatorships? Is this not considered to be utterly corrupt? And the CBC just breezes over it? Apparently, they do, but the next question I have is Why just breeze over it? And is this nonchalance about it not also an ethical breach of a journalistic sort? (CBC at least reported on, even if not also asking the important “why” part — so I’ll give them at least that.) The breezing over it part is a part of what I earlier referred to as the “news” media working “in concert” with certain politicians.

“On the ethical front, several requests do not relate to the parameters that the state/police should consider in intelligence operations,” Morris wrote in a memo to OPP Deputy Commissioner Chuck Cox on Feb. 2. …

Yeah, no fecal manifestations. Then the CBC reports that it was a mere “suggestion” that political leaders were involved (leaders in quotes, for some reason) before then quoting him saying (writing, actually — it was a memo submitted to the inquiry) exactly that in even more clear terms:

Morris’s memo also suggests that some of the requests for background on protesters were coming from political “leaders.”

“Perhaps my biggest concern is police leaders and municipal, provincial and national government leaders demanding/requesting information to satisfy a request without understanding the wherefore or the why,” he wrote. …

Wow. Are ya like me? Are your eyes popping out of your sockets at this time? If not I don’t know what will move your eyeballs.

Who did this? What political leaders exactly? I want names and detailed instances of this.

I knew the “news” media was way, way too emotionally and politically involved in this, seemingly tossing aside even a modicum of the professional responsibilities they are expected to hold up. And I knew politicians were way, way too involved in a police matter too: Chrystia Freeland — of all people — speaking to the “news” media seemingly gleefully, proudly, boastfully — literally giggling at times — about the state literally broaching personal rights and freedoms of Canadians and freezing their personal bank accounts, among other heavy-handed police-state-like nonsense; and Justin Trudeau literally calling Convoy supporters fascists and racists, etc. But this is a new level of horribleness.

Even if I stop and catch my breath (and my eyeballs), it stays bad and gets worse. Morris explains they got it all wrong anyway.

…“It is not an ‘extremist’ movement,” Morris wrote in a separate memo to Cox. “It is not comprised of Ideologically Motivated Violent Extremists (IMVE’s). The actual leaders are not violent extremists with histories of violent criminal acts — although events do attract unpredictable and extreme elements. The absolute lack of criminal activity across Canada and the minimal violent crime throughout the event illustrate this.”

And the following sentence shows it is not my wild-ass far-right extremist racist imagination: it is, in fact, the left-wing politicians (and notably, its “leaders”) working in concert with the “news” media, that were literally driving an agenda. A political agenda. Political propaganda. Literally.

“But now the public discourse is dominated by political figures and the media — and the commentary is providing a very different picture than what law enforcement collectively gathered. It is painting a different picture — it speaks to extremism, it offers parallels to terrorism, it speaks of sedition.”

Morris also said he found it “problematic” to hear certain unidentified politicians and members of the media claim the protests were being influenced by Russian or American sources or even former President Donald Trump when he never saw proof of that.

I personally think they knew damn well they had it all wrong. They knew exactly what they were doing. They wanted nothing less than to vilify and silence any opposition to them; punish those who didn’t vote right by making it appear as though these “racists” were all part of a far-right “extremist” Donald Trump-luvin’ MAGA fascist wave of January6th-type “insurrectionists” and Neanderthals whose end goal was “sedition” — and I wish Morris said something about this too. Like why, he must surely have asked himself, are politicians and certain media advancing a false agenda like this? Why? “What is the root cause?” Perhaps the clear and only possible answer was just too much for him and his human rights, freedom, and democracy-loving self to bear.

So who is going to pick up the mantle with regard to this allegation of political “leaders” directing police to do background checks on innocent Canadian citizens? I’m long past hoping the legacy “news” media will do their jobs (except maybe someone at NatPo), but somebody needs to help me and you keep our country free and democratic.

Previous article
The End Is Nigh! (It’ll either be climate change or the Republicans winning elections.)
Next article
Here’s hoping Americans vote right!