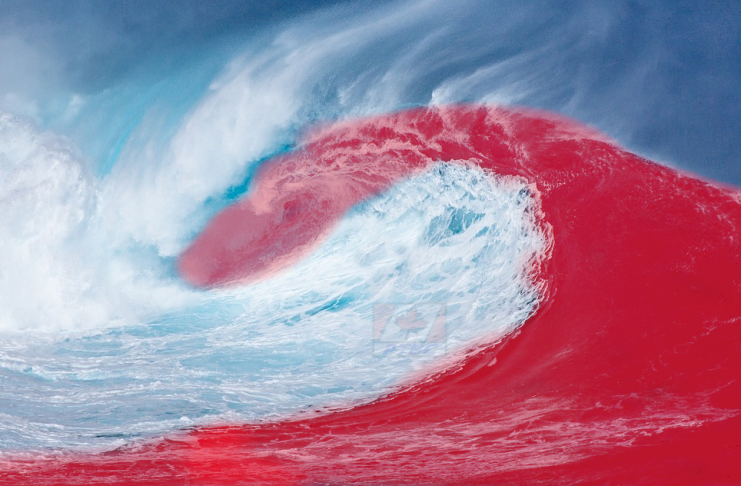 The most suitable drink I could think of is vodka and cranberry for my cocktail choice tonight as I fret my way through the American election results.

Not that there is much to be concerned about if the polls are to be believed, but I’m hoping Americans like surfing because — get ready for a hilarious analogy here — there appears to be a big red wave on the near horizon.

I know for a fact that all Republicans like surfing. Democrats do not enjoy this sport as much as they did in 2020, and they will complain about being drowned, and maybe even eaten alive possibly by a demonic fascist anti-democracy elephant fish wearing a MAGA hat or somesuch.

But here’s my super hot take: Democrats and the media (but I repeat myself, yadda) made fools of themselves and begged to not be taken seriously leading up to this election. I felt embarrassed for them at times (like when one guy on MSNBC claimed that if you don’t vote Democratic, your children will be arrested and then killed. Seriously). This is the 8,000th time they’ve behaved like this, and this time — the 8000th time — I’m pretty sure the public will finally be done with this kind of lying clown show. Yup.

The way the US “news” media handled this election is analogous to how the Canadian media covered, well, every election, but more recently, the Freedom Convoy last winter, except the Canadian media purposely missed the point and lied about that. (I was embarrassed for them as well, but more just pissed, because my tax dollars support most of this state-sponsored media idiocy, unlike in normal free, democratic countries). The American media lied, yes, but also simply missed the point along with their Democrats because they’re so deeply ideologically driven, so fully invested, and now married to their wrong-headed ideology. The “woke” and “left” runs deep in their veins.

The Blaze summed it up pretty well just a while ago — or I guess they merely deserve credit for pointing it out because it was really the media itself — The Democrats’ CNN division in this instance — who made it self-evident, in this segment featuring Dana Bash who breathlessly reported in this clip that “Democracy” is not even in the top five issues American’s named as important in this election. That she just cottoned onto that point now, literally on the night the election result is being tallied, despite nearly the entire “news” media and the Dems both, in concert, pleading incessantly with Americans to make “Democracy” the issue, is, well, just pathetic.

Americans didn’t buy the Democratic/”news” media lie. CNN is, indeed, in shambles, as is the Canadian legacy media. Let us drink. 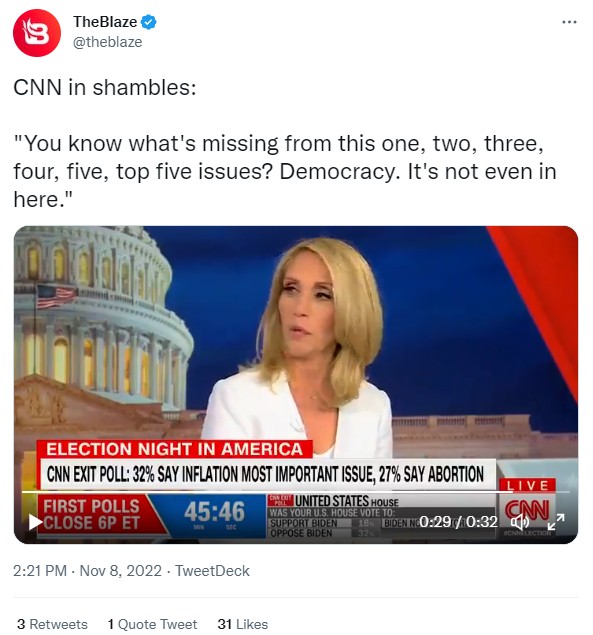