The Brits have good teeth compared to ours. Wut? 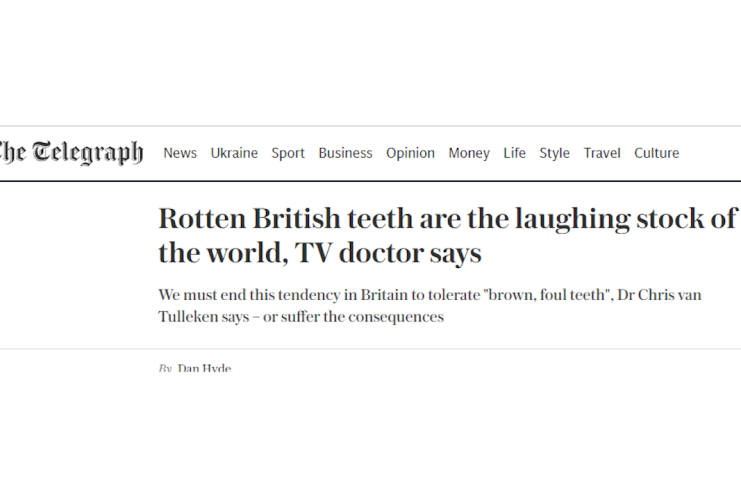 I found this hilarious. I mean for its effort at gaslighting. Like, a hilariously bad effort.

It was brought up with regard to the NDP socialists merging with the Liberals today, wherein the socialists want to start yet another new social program — this for dental care (because we’re running out of new ideas for government programs at this point). Never mind that most working people including almost all union workers already get dental care as part of their employment benefits package and that most poor people also get it for free already. 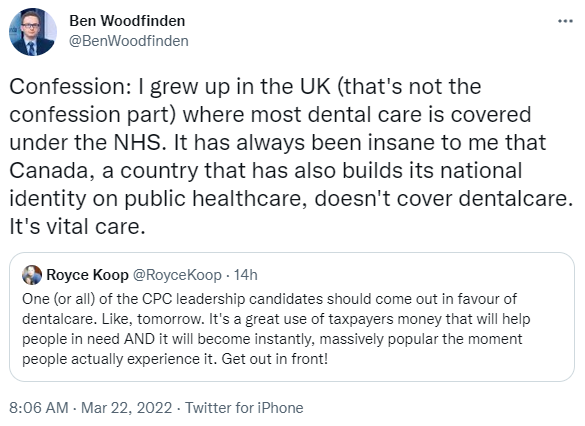 Pardon me if I misread popular culture or what I’ve seen with my own eyes (which are also very healthy despite no National Socialized Eye Care Programmmmme), both here in North America and in my travels to the UK, but don’t the Brits have notoriously bad teeth? It’s literally an old bromide when depicting Brits in comedies, that you do it first with bad teeth. I’m not imagining this, am I?

Secondly, the UK has a notoriously bad healthcare system. Not as bad as Canada’s, but bad. Notoriously bad. I’d fix that first. Waaaaay first. Then fill a pot hole or two (or 8,000 out of the 8 million out there). And rebuild one of the 96,000 falling bridges. Maybe buy a new fighter jet (or 100) to replace the 45-year-old ones we now fly. (We have the British teeth of fighter jets!)

Thirdly, as I tweeted earlier today… well let me just show you that first: 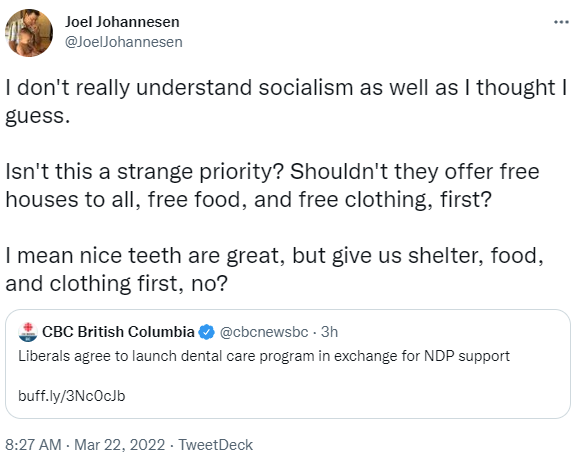 …As I was saying, I would have to insist that the new socialist Canada at least get communism right so we don’t create the British teeth of communism too! Housing, food, and clothing are much more important than another dental insurance program to replace the one most of us have already got. So I demand free state-owned housing for all, state-provided food from state-owned supermarkets and state-owned restaurants, and state-made clothes as distributed by state-owned clothing stores (much like the state-owned liquor stores, staffed by federal state union employees — but possibly in police or military-like uniforms with Liberal/NDP logos on them and photos of dear leader on the walls).

Fourthly, he really said this? “Canada, a country that has also builds its national identity on public healthcare?” As most aware people know, virtually every country in the developed world (and some not even) has a national healthcare program, this difference being that Canada’s is among the worst in the world. It’s our entire “national identity?” Dear God, I hope not. If so, I’m embarrassed. Canada indeed has the British teeth of healthcare systems. It’s not a source of pride.

I’ll assume the guy who tweeted all that nonsense is just using some o’ that famous British humor here. Maybe he’s being ironic. If so, cheers.

And I’ll leave this for your amusement:
The Simpson – The Big Book of British Smiles – YouTube

Load more
Previous article*nEewS fLaSh!* — Some media reluctant to admit arson not related to Freedom Convoy
Next articleAct now or forever hold your… self to blame (Part 2)